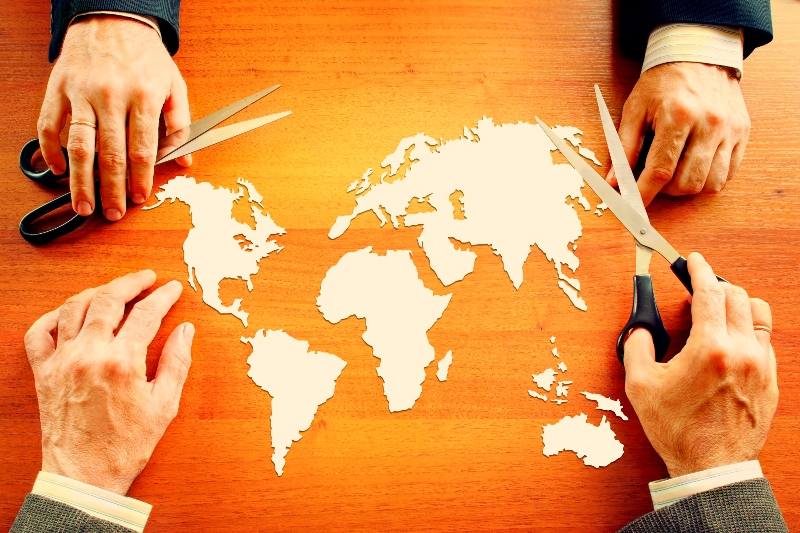 The geopolitical challenges for the U.S. 2020

The geopolitical challenges for the U.S. 2020: Although not yet accepted by Trump, the victory of Joe Biden appears to be quite consolidated, with about 3% more voters than his opponent and having surpassed the 270 main seats, is preparing to lead the United States for the next four years. A divided, angry America, worried about the persistence of the COVID-19 pandemic. Undecided whether to follow the Trump slogan “America first” or whether to resume the thread of multilateralism. That has ensured its support for everything from the West for the past 75 years. An America that has a deep need for reconciliation, especially with itself and its contradictions.

Trump’s presidency has achieved successes in both economic and foreign policy, such as growth in employment and an increase in national GDP, or as the agreements that led Israel and some Arab states to initiate diplomatic relations. Another success of his is undoubtedly that of not having started any new war, thus sparing the sending of young people on fighting fronts far from home. That, however, was not always perceived as the result of a precise strategic vision. But only as the impulse to make the selfish interest of his country. A role interpreted with sometimes questionable criteria and often very not very diplomatic. Many say that in his four-year presidency, Trump has shown all his narcissism and authoritarianism. All his boundless ambition and his aptitude for functional falsehood.

For his part, Joe Biden was able to wisely recover the votes of some parts of the working class and the educated and moderate middle classes, preferences that did not go to Clinton in 2016. Biden then managed to focus consensus of ethnic minorities. Despite some superficial analyses on Florida, well over 70% of Hispanics voted for him, along with about 90% of African-American voters. To these voters were added the discontented by a conduct of public affairs marked by excessive presidential personalism. Americans also worried about the crazy handling of the pandemic by Trump. Who, in this regard, seemed unwilling to listen to the advice of scientists and to apply the most elementary rules of common sense.

Domestically, the elected President will have to reconcile the people. He will have to lead the Americans to find common ground for coexistence. That is not an easy goal given the ethnic fragmentation and the interest of some supremacist fringes in maintaining social tension. There are also important issues with significant social implications, such as the reduction of inequalities, the fight against the pandemic, and the extension of health care, the latter so dear to Barack Obama, but which touches many sensitivities that effectively oppose. In foreign policy, the diplomatic suitcase of Joe Biden contains delicate international issues, with profound implications for future geopolitical assets. In this context, he has already announced his will to return to multilateralism. That probably means a return to the WHO and hopefully also to UNESCO. The U.S. will also re-implement the Paris climate agreements. But we can exclude temptations of unilaterally respond to global challenges.

However, this should not lead to thinking of a radical revision of the US geopolitical strategy. It will not mean that America will start doing what others want. To combat environmental degradation, for example, it will have to ensure that it does not affect too much the enormous US interests in the use of fossil energy. Washington will therefore continue to pursue its interests but, perhaps, also reconciling some needs of its partners to strengthen that close transatlantic relationship which, in the last four years, had cooled somewhat as a victim of Trumpian assertiveness. The real strength of the US does not lie in the economy or technology. But in the ability to unite and keep close allies. European first and foremost, by granting the extension of its nuclear safety umbrella and obtaining political and military collaboration and support, according to the possibilities of each ally.

And this is where the currently hottest dossiers come in, as the relations with Russia, China, Iran, and the US role in the Mediterranean. Once again, a sea that is seething between various claims on maritime borders, legal disputes, muscle demonstrations, actions in contrast with the provisions of the UN, jihadist threat, and the drama of illegal immigration. It is therefore foreseeable that the first visits abroad of Biden will be n the main European capitals. Where he can be convinced that the world match can be played more effectively if the main European allies are included in the first team, and not kept on the bench or, worse, not summoned. In this case, it would be a clear sign of the reversal of the trend of Trump. He has never bothered to disguise his contempt for the European institution, flaunting his desire to undermine its cohesion, sometimes succeeding.