Home » Prolonged police custody for a Hirak activist and a journalist in Algeria
By    Staff Writer      March 9, 2020 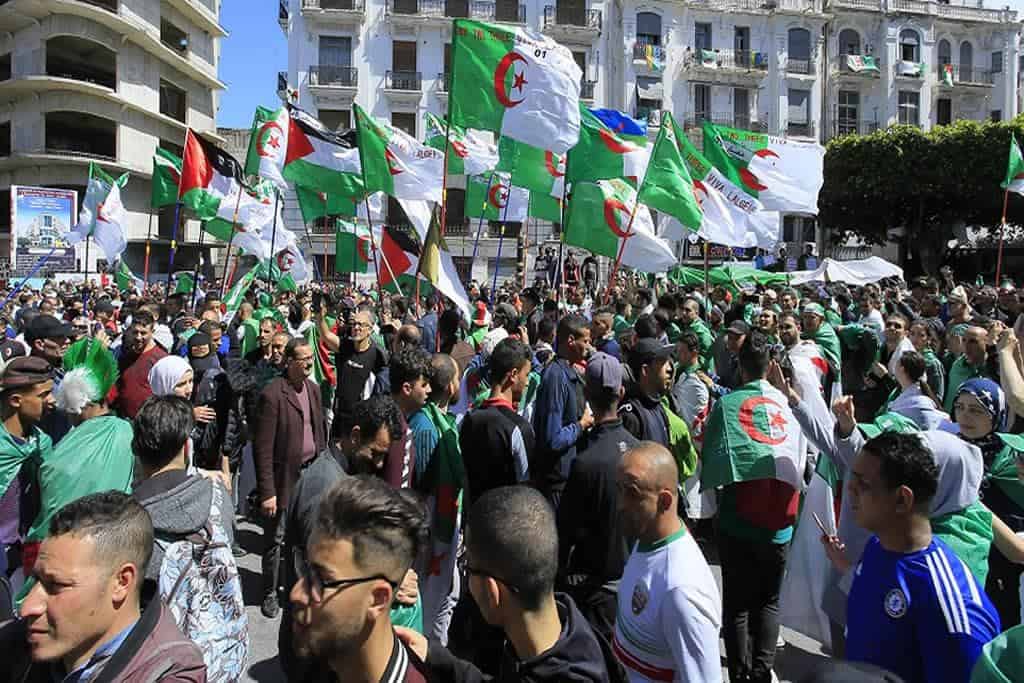 According to AFP, Algerian police arrested around ten demonstrators at an anti-government protest in Algiers on Saturday. Nearly 300 protesters tried to march in the capital, prompted by calls online by the “Hirak” protest movement that has gripped Algeria for over a year. But large numbers of police dispersed the marchers. The Hirak activist and the director of the Casbah Tribune site, also a correspondent for Reporters Without Borders (RSF) in Algeria, were among those detained. And their detention has been extended by 24 hours. They appeared this Sunday March 8 in the morning at the Algiers court, as well as around thirty people. Most of those arrested on Saturday, March 7, 2020, who appeared the next day before the public prosecutor of the Algiers court were released, but are prosecuted for “incitement to unarmed assembly”. They are to be tried on April 26.

However, the prosecutor asked for the 24-hour extension of the police custody of activist Samir Benlarbi, a figure in the Hirak movement, and journalist Khaled Drareni, saying that the police investigation should be completed. According to ‘RFI’, in recent months journalist correspondent for Reporters Without Borders and TV5 Monde and spokesperson for the collective “Algerian Journalists United”, has been arrested several times, but he was brought before a judge for the first time. On March 8, dozens of journalists were gathered in court to demand the release of their colleague and respect for press freedom in Algeria. Mobilization also goes through social networks. In a tweet, Christophe Doloire, secretary general of Reporters Without Borders, denounces “unacceptable harassment” affirming: We will do everything for his release thanks to massive solidarity. In a press release, the Algerian General Directorate of National Security (DGSN) believes that the demonstration was unauthorized and that the police intervened in accordance with the local law.

Coronavirus: Germany, France withdraw their ambassadors from North Korea
The European Union is considering taking in up to 1,500 migrant children from Greek camps