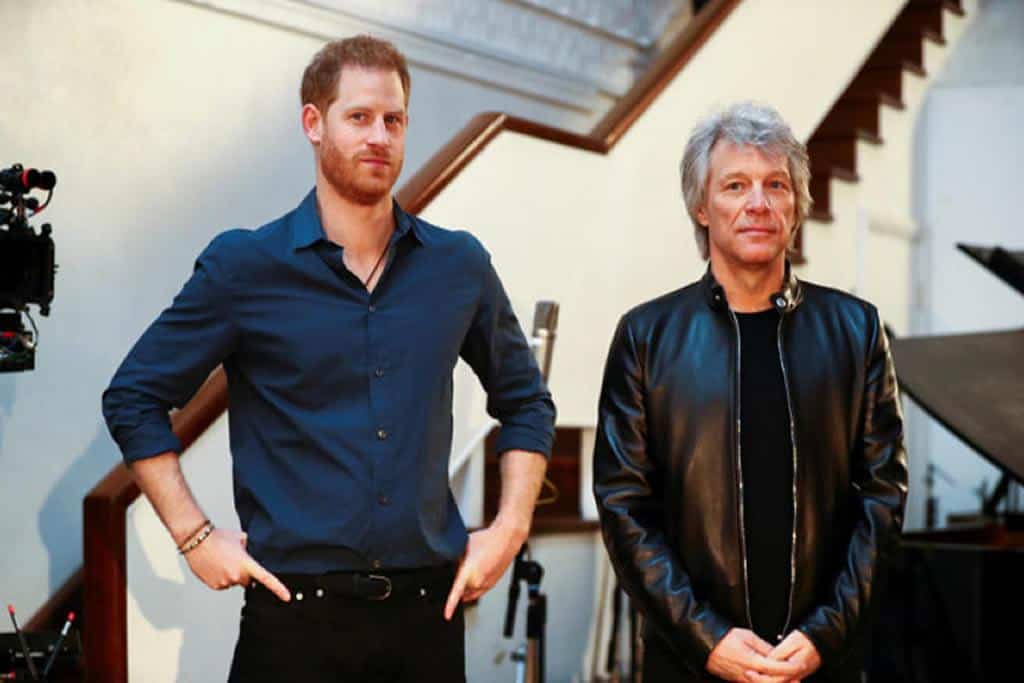 On Friday US singer Jon Bon Jovi was joined by British royal Prince Harry, to promote his charity single ‘Unbroken’ which was recorded with a military choir to honour the brave hearts of armed forces and raise awareness of Post-Traumatic Stress Disorder (PTSI).

The track was recorded last month at the famous London’s Abbey Road Studios. Duke of Sussex came to watch the singer and the Invictus Games Choir record the track as one of his last engagements before giving up his royal status. It will “touch many hearts and be a light during this troubling time”, one of the singers in the choir said.

The money raised by the song, which was written by Bon Jovi, would be given to the foundation that supports the Invictus Games, a sporting event for sick and injured veterans. Prince harry, who served in the British military, supports the foundation formed in 2014.

The singer, whose parents both served in the US Marine Corps, released the song last year. The new version of the song was recorded over two days in aid of the Invictus Games Foundation.

The royal couple, Megan Markel and Prince Harry, shared the first clip of the song on their Instagram page Sussex Royal. The clip showed the prince recording the song with Bon Jovi, while the latter advices him, “Pretend you’re singing in your bedroom. That’s easy.”

It said, “Recorded inside Abbey Road Studios, home to The Beatles and other music legends, The Duke of Sussex joins Jon Bon Jovi and the Invictus Games Choir for a special live session in aid of the Invictus Games Foundation.
“The song being played, called ‘Unbroken’, was created by Jon Bon Jovi to shine a spotlight on those veterans living with Post Traumatic Stress Injury (PTSI), to honour their service and acknowledge the strength of the Armed Forces community.”