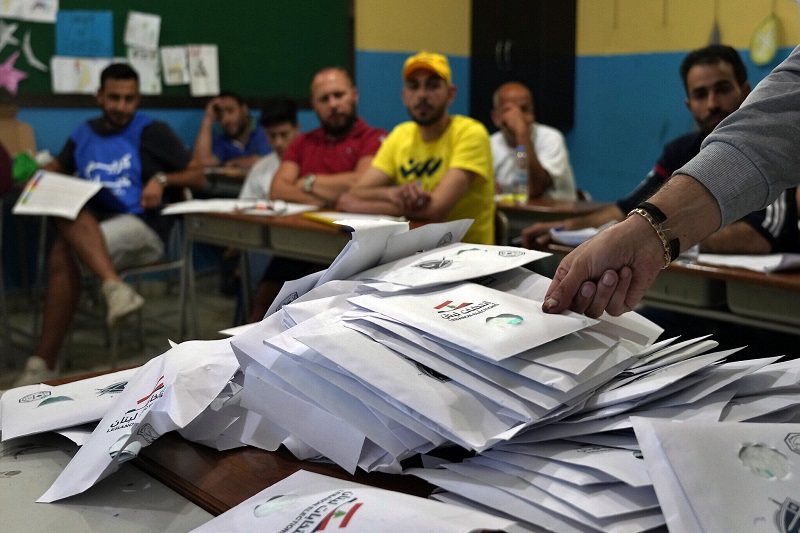 Lebanon’s Iran-backed Hezbollah and its political allies have suffered a massive loss in the country’s parliamentary elections, as per the full legislative results announced by the interior ministry on Tuesday.

As per the official figures, the Shia party and its factions won around 62 of the total 128 seats in parliament in a major fall compare to the 2018 elections where the alliance secured a total of 71 seats. The alliance failed to retain the majority in Parliament after falling short against the needed 65 seats.

Furthermore, Hezbollah ally Free Patriotic Movement ceases to be Lebanon’s largest Christian parliamentary bloc after it managed to secure only 18 seats in Sunday’s polls. The party was overtaken by Hezbollah leading opponents including the Saudi-backed Lebanese Forces. Other key allies of the Tehran-backed Shia group who lost their seats include Sunni leader Faysal Karame in Tripoli and Druze leader Talal Arslan in Aley.

In another significant development, about 16 independent freshmen MPs were elected to parliament in the elections, including a record eight women lawmakers.

Noting that the results have split the parliament into multiple camps with none of them securing a majority, analysts have expressed concerns toward more delay in reforms and upliftment from the ongoing economic crisis in Lebanon.

Lebanon has been witnessing an unprecedented political and economic crisis, particularly in the aftermath of the Beirut port blast of 2020. According to political experts, the current election result has come as a crucial sign of evident discontent among the public against the ruling elite of the country.

The Hezbollah group has held a coalition majority in parliament for the last four years, resulting in rampant corruption and political infighting within the government. Since October 2019, Lebanon has been tackling with high level of poverty, inflation and deteriorating banking crisis. Previously, the World Bank and the United Nations have continuously questioned the ruling elite of Lebanon for the country’s economic and political collapse.

With new lawmakers scheduled to take oath to parliament, Lebanese population have expressed hope towards the new government’s efforts to bring the country out of its economic and political woes.