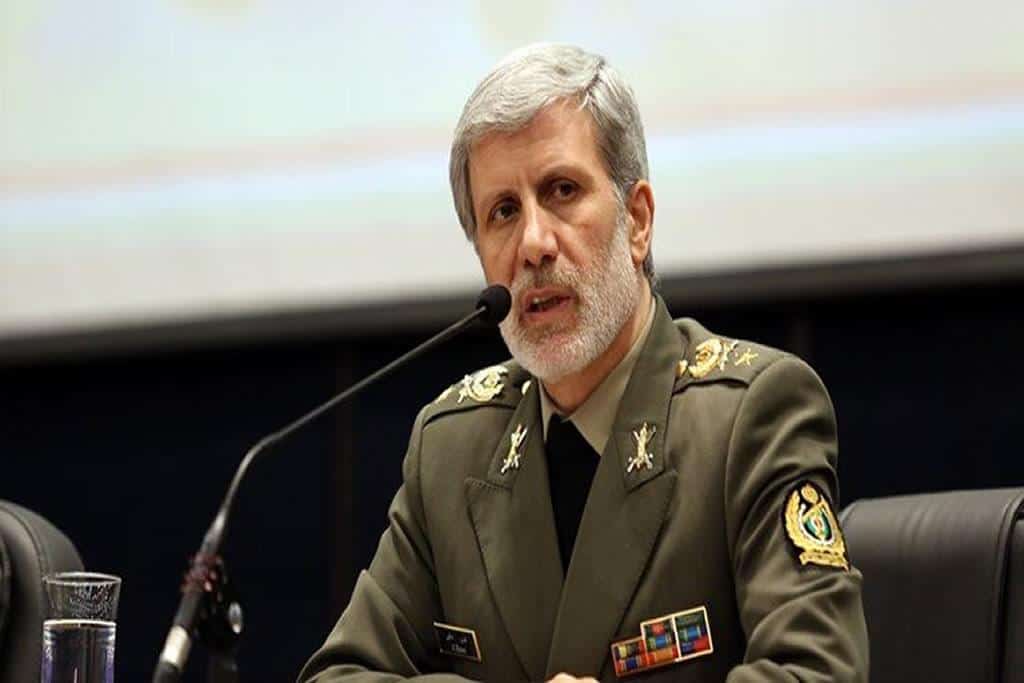 Despite the outbreak of the Corona epidemic among the Iranian people as a result of the authorities’ leniency in encircling it since the beginning of its spread, the Iranian authorities are still spending money in armaments instead of making plans to confront the pandemic.

During the handover ceremony of the planes, televised from Tehran, the minister stated that these drones can monitor “enemy movements from a distance”.

He added that the planes are equipped with bombs and missiles and can fly at a height of 13716 meters. He did not mention the name of the new aircrafts, saying, “The planes are manufactured by the Iranian military industries sector with the participation of local universities.”

Drones are an important element in monitoring the Iranian border, especially in the Gulf waters and around the Strait of Hormuz, through which about 20 percent of the world’s oil supplies pass.

Although the Iranian Ministry of Defense denied the Revolutionary Guards ‘involvement in the provocation, the records and photos revealed the boats’ approaching a few meters to the battleships.

These provocations come at a time when Iran has turned into a hotspot for the Coruna outbreak, with thousands of deaths and contaminated cases recorded.

Iran announced on Saturday, 73 new deaths from the emerging coronavirus, bringing the total to 5031 cases, at a time when the government allowed small institutions in Tehran to open their doors.

Health Ministry spokesman Kyanosh Jahanpur stated that 1,374 new infections were recorded in the past 24 hours, bringing the total number of infections in Iran to 80,860.

Iran used to invoke US sanctions to justify its failure to combat the virus, but the people became surprised by the regime’s ability to waste money in armaments and not to save the lives of those affected by the epidemic.

Last year, Iran had caused a state of tension that had developed into a war after it hijacked a number of oil tankers after the United States tightened sanctions on it after it had renounced the 2015 nuclear agreement.

Despite the dilemma that Iran faces due to its inability to curb the new Corona epidemic, it is still carrying out illegal activities by supporting its allies in the Middle East region with money and weapons.

Iran also insists on continuing to develop its nuclear program, striking the wall with all international warnings and taking advantage of the global preoccupation with the outbreak of Covid-19.

Tehran is inciting its allies, especially in Iraq, to carry out missile attacks against American bases, prompting the American army to activate the Patriot missile system.

US President Donald Trump has warned Iran of the consequences of Iranian provocations, stressing his refusal to lift the sanctions against Tehran, which have been called by a number of countries, especially China and Russia, because of the outbreak of the Corona virus.