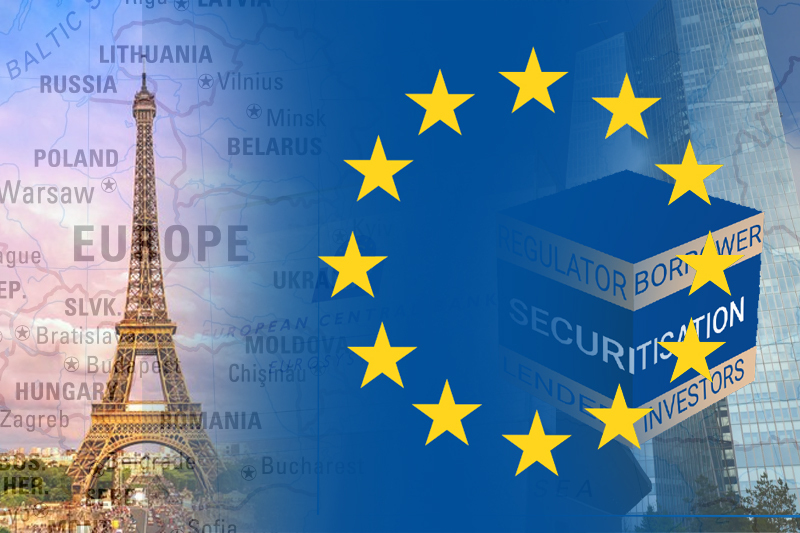 The securitization markets in Europe have had more false dawns than bank bailouts in the 15 years since the practice of bundling loans was demonised for fueling the financial crisis.

As the EU parliament votes this week on a proposal that banks claim may significantly expand the market for bundling assets into investment vehicles and selling tranches of them as securities, industry veterans are hoping for the first step toward a different outcome.

On Tuesday, EU officials will be asked to support a revision to the capital requirements for banks that would have resulted in a reduction of the capital rise on securitizations by 50%. The clause, which was just included in the massive package on banking capital regulation that is currently making its way through the EU legislation, is a direct response to one of the main issues that Europe’s banks have with the way securitizations operate.

A financial interest in anything, from infrastructure projects to short-term debts, can be sold through securitization. Since banks can create new loans with the money received from investors in securitizations, securitizations serve as a liquidity instrument for banks. They also serve as a risk-reduction tool.

Theoretically, banks should need to set aside less capital to cover losses if they are less exposed to them. However, European banks claim that in some instances, their regulations require them to set aside just as much capital to support the tranches that they keep as they would have needed to do so to support the full portfolio.

According to a lobbyist at a major EU bank, securitizing a portfolio may result in higher capital requirements for certain loans, depending on how the deal is structured and how it is evaluated by European authorities.

Even ESM officials admitted that the EU “may also have enacted more exacting accounting and prudential requirements than the US” in the wake of the financial crisis. Given that costs and complexity are lower in the US than in Europe’s fragmented marketplaces, it is understandable why European banks have been reluctant to enter the market. In contrast to 2008, when it was 85% larger, the securitization market in Europe in 2022 was just 8% that of the US.