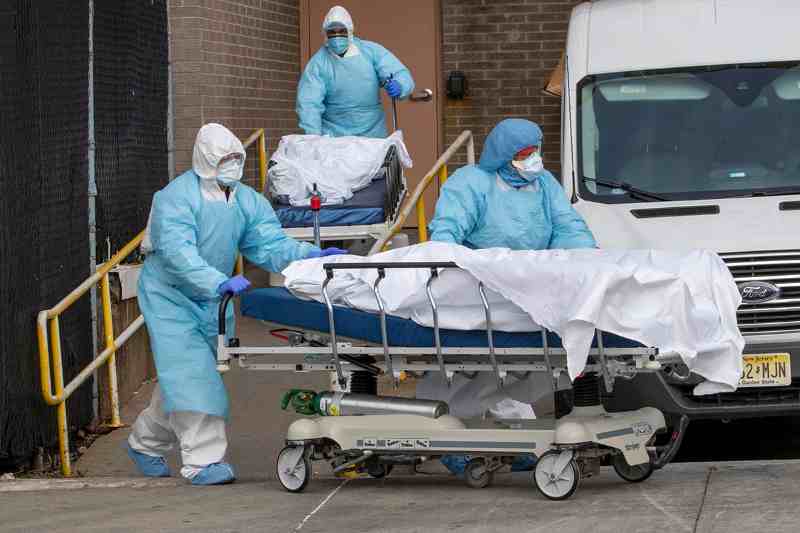 Covid-19, the deaths in the United States already exceeds the number of victims of all wars

According to data provided by Johns Hopkins University, the United States recorded 152,478 new cases of coronavirus and an additional 3,943 deaths caused by the disease in the last 24 hours. The new data bring the total toll of infections in the country to 26,512,193 and that of deaths to 447,459. So far, at least 47,230,950 doses of vaccines have been distributed in the US and at least 24,652,634 doses have been administered.

The number of deaths from Covid in the United States has exceeded that of 405,399 soldiers, fighters, and non-combatants, who lost their lives in the Second World War. The most affected in the country remains New York State, with 41,587 deaths in 24 hours, followed by California (34,579), Texas (33,491), Florida (24,578), and New Jersey (20,664). The global record belongs to California, with over 3 million deaths since February.

“The worst is yet to come”

President Joe Biden has already warned that the worst is yet to come: “We need all our strength to persevere in this dark winter. We are entering what may be the toughest and deadliest time of the virus.” His plan is to vaccinate 100 million Americans in the first 100 days. Biden’s new strategy called for a change of guard at the helm of the Centers for Disease Control and Prevention: 51-year-old Rochelle Wilensky, an infectious disease specialist at Harvard Medical School and Massachusetts General Hospital, took over from virologist Robert R. Redfield. The doctor has already taken office. “We have better days ahead. But to get there, Covid testing, surveillance, and vaccination must accelerate rapidly,” the new director stressed.

There is also a new Covid variant discovered in the United States and already isolated by researchers. For now, the new positives have been recorded in both California and Florida. As reported by the Daily Mail, the coronavirus’s new variant has perhaps mutated in a single English patient – in very critical condition – from which the virus would adapt, modifying its genetic code. Scientists from the University of Arizona, who have traced the genomes of over 50 strains in the United States, have identified two outbreaks, dating back to 6 and 23 November 2020. And all the California cases share another minor mutation, present in only 1.2 percent of European contagions. That, the scientists say, suggests a single introductory event, possibly caused by an international trip, giving rise to the first California outbreak. The same goes for the variant discovered in Florida, where the new type of Covid sequences has similarities with that of the United Kingdom.

US re-entry into WHO

The United States will fulfill its financial obligations to the World Health Organization (WHO). That was assured by the well-known virologist Anthony Fauci and confirmed by Biden in the White House anti-Covid task force, following the new US president Joe Biden‘s decision to bring Washington back into the world health organization.

EU Commission Tightens Control Over Vaccine Export To Save Its Own
Why Egypt Is Investing In Air Combat Strategies?
Subscribe
Login
0 Comments
Inline Feedbacks
View all comments