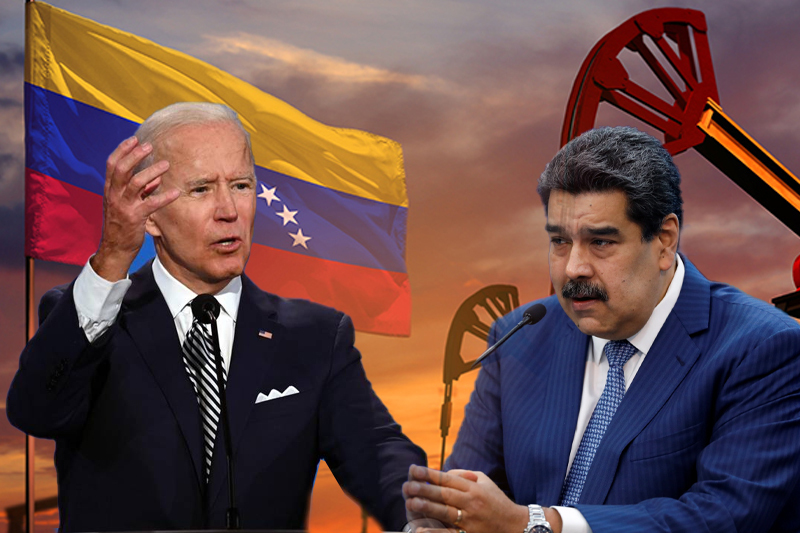 Democrats’ already tense relationship with Venezuela’s expatriate community in the United States is being made more difficult by President Joe Biden’s decision to relax U.S. sanctions on the country’s oil industry. But the move appears to accept failure on whether Democrats can win back voters of Venezuelan ancestry, many of whom despise the party’s embrace of socialism, as Biden struggles with an unstable economy and low consumer confidence.

Also Read – How Biden Has Found Oil Partnership In Venezuela

The founding partner of the Republican consulting firm Navigators Global warned the Washington Examiner that “any measure that could aid the wicked [Nicolas] Maduro administration will cause a backlash among Venezuelan Americans and Hispanics generally who escaped socialism in their home countries.” The majority of Americans, however, believe that instead of relying on foreign sources, particularly those from nations like Venezuela, we should produce more oil here in the United States.

After the Treasury Department’s Office of Foreign Assets Control renewed Chevron’s joint ventures with the state-owned oil company Petroleos de Venezuela, Republican strategist John Feehery, an EFB Advocacy partner and former press secretary to then-House Speaker Dennis Hastert, stated that “a wide swath of voters are wondering why the Biden administration has been so hard on domestic oil producers but so easy on oil state dictators.”

John Pitney, a professor of American politics at Claremont McKenna College, emphasised that Florida, Texas, New York, and California are the states with the highest concentrations of Venezuelan Americans. The population has more than doubled in the United States from 216,000 to 465,000 since the beginning of Venezuela’s political and humanitarian issues in 2014, making it the third-largest South American immigrant diaspora in the nation. That has benefited Republicans, like Florida Gov. Ron DeSantis (R), who was just reelected and became the first Republican governor in 40 years to win Miami-Dade County.

Pitney, a veteran Republican strategist, claimed that these states “are not in play” in presidential elections. “While New York and California are reliably Democratic, Florida and Texas are reliably Republican. Therefore, Biden may act anyway he pleases with Venezuela without having to worry about losing any electoral votes.” Pitney also underlined that a “huge” majority of consumers find gas prices to be a “serious worry.” According to AAA, the national average gas price on Monday was $3.40 per gallon. This is approximately in line with averages from a year ago, prior to Russia’s invasion of Ukraine, a trend the White House has repeatedly emphasized.

Pitney said of Jimmy Carter, the former president, “If people doubt that expensive gas can bring down a president, they should have a word with Jimmy Carter.” The White House has defended Biden’s choice, which does stop Petroleos de Venezuela from making money off of oil transactions connected to Chevron. John Kirby, a spokesperson for the National Security Council, disagreed with the idea that the action jeopardised Biden’s transition to a green economy.