Home » Bangladesh, Malaysia and Myanmar are using the COVID-19 emergency as an excuse to prevent Rohingya entering their countries
By    Staff Writer      May 6, 2020 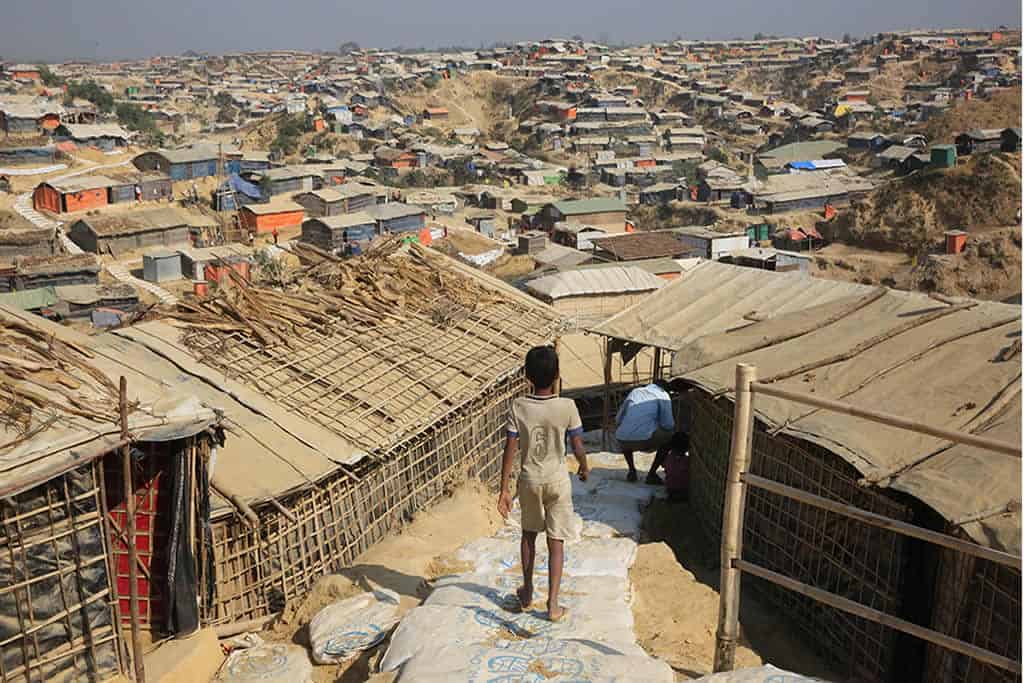 Bangladesh, Malaysia and Myanmar are using the COVID-19 emergency as an excuse to prevent Rohingya entering their countries

The persecution of the Rohingya people continues in Southeast Asia. Last Saturday, the Bangladesh government transferred dozens of Rohingya refugees, stranded at sea for several days, to the island of Bhasan Char. According to UN officials, the refugees, including 15 women and 6 children, were previously taken to an island in the Gulf of Bengal for many days. The people landed are part of a group of 500 refugees on 2 fishing vessels, rejected by Malaysia due to strict border controls imposed to respond to the novel coronavirus pandemic.

Saturday, the Government of Bangladesh moved hundreds of Rohingya refugees to the Bhasan Char island. According to UN officials, those evacuees, including 15 women and 6 children, were stranded at sea for several days before local authorities took them on the island of the Gulf of Bengal. Between the refugees, also part of the group of 500 persons stranded on two fishing vessels, after Malaysia refused them, due to strict borders closing imposed as a response to the COVID-19 pandemic. In recent years, around one million Rohingya are living in the fields of Cox’s Bazar in southern Bangladesh. The government of Bangladesh has built structures for 100,000 people in Bhasan Char to ease the pressure of the encamped.

Rohingya Muslims represent the largest percentage of Muslims in Myanmar, a predominantly Buddhist country, with the majority living in Rakhine state. They have their own language and culture and say they are descendants of Arab traders and other groups who have been in the region for generations. In the previous months, the situation worsened dramatically in the area due to clashes with the armed forces. Myanmar is predominantly Buddhist and does not consider Rohingya as its citizens, although they are living in the country from generations. Over the years, thousands of Rohingya fled to Bangladesh via crowded boats bound for Malaysia or Thailand, after the violence against increased.

In August 2017, a deadly crackdown by Myanmar’s army on Rohingya Muslims sent hundreds of thousands fleeing across the border into Bangladesh. They risked everything to escape by sea or on foot a military offensive which the United Nations later described as a textbook example of ethnic cleansing. The UN Secretary-General Antonio Guterres described the Rohingya as one of, if not the, most discriminated people in the world because of their religion. The exodus started on 25 August 2017 after Rohingya Arsa militants launched lethal attacks on more than 30 police posts. Rohingyas arriving in Bangladesh said they fled after troops, backed by local Buddhist mobs, responded by burning their villages and attacking and killing civilians. At least 6,700 Rohingya, including at least 730 children under the age of five, were killed in the month after the violence broke out, according to medical charity Médecins Sans Frontières (MSF). International NGOs confirmed that the Myanmar military also raped and abused Rohingya women and girls.

The Association of South-East Asian Nations seems reluctant to welcome Rohingya as refugees, using the pretext of border restrictions to control the spread of COVID-19. Malaysia, which is often the destination for Rohingya boats, prevented a ship from landing on April 17, following the government borders shutting to foreigners due to the health emergency. The new coronavirus pandemic becomes an excellent excuse for the Malaysian and Myanmar governments to prevent Rohingya refugees from entering their countries.