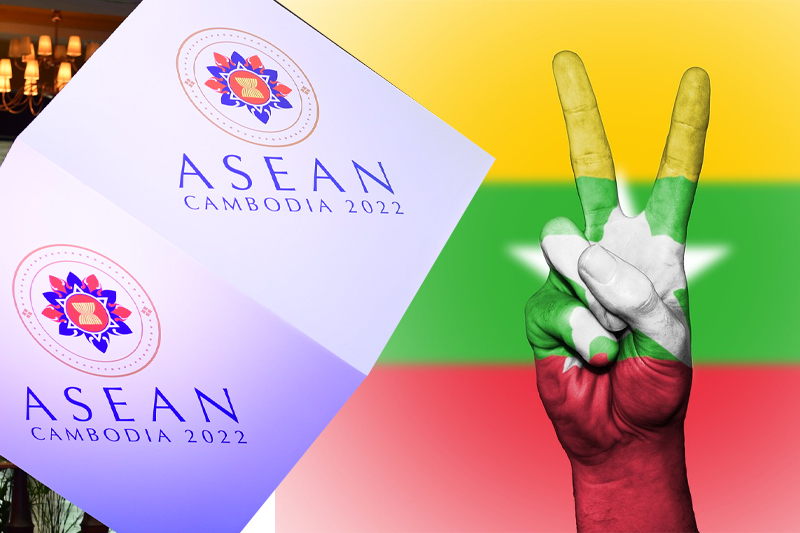 asean leaders struggle to come on agreement over myanmar violence

ASEAN leaders struggle to come on agreement over Myanmar violence

Leaders of the Association of Southeast Asian Nations (ASEAN) member states showed an evident struggle on Friday to come to an agreement on how to pressurize Myanmar to come to a peace plan as the continuing violence against civilians in the member state is going out of control since the military coup in 2021.

The ASEAN group has already banned leaders of Myanmar from participating in its elite and high level events, like the ongoing ASEAN summit in Phnom Penh, in an effort to “pressure them to comply with ASEAN’s Five-Point Consensus plan for peace”. The ASEAN’s plan calls for the immediate termination of violence, a dialogue among all involved parties, mediation by a special envoy appointed by ASEAN, provision of humanitarian aid and also a visit to Myanmar by the special envoy to meet all involved parties. Myanmar’s government had initially agreed to the ASEAN’s plan but has not made any significant effort from its side to implement the plan.

Talks among the other member states of ASEAN — Cambodia, the Philippines, Malaysia, Indonesia, Laos, Singapore, Thailand, Vietnam, and Brunei — about how to pressurize and persuade Myanmar to comply with the group’s five-point plan have been ongoing since mid-week in Phnom Penh.

“The group has decided not to suspend Myanmar from ASEAN — at least for now. Thailand, backed by Cambodia and Laos, has been pushing back against the Indonesian proposal, arguing that extending the ban on representation would amount to a de facto suspension,” a diplomat privy to the meetings at summit said.

“The fact that ASEAN still hasn’t suspended the junta’s participation throughout the entire ASEAN system represents a continued lack of leadership on this issue and tacit permission for the junta to continue its crimes,” said Patrick Phongsathorn of Fortify Rights.

Welcoming the five point plant of ASEAN, UN Secretary General Antonio Guterres said, “The humanitarian situation in Myanmar remains desperate”, as he reaffirmed the UN’s close coordination with the ASEAN Coordinating Centre for Humanitarian Assistance on Disaster Management and other humanitarian partners.