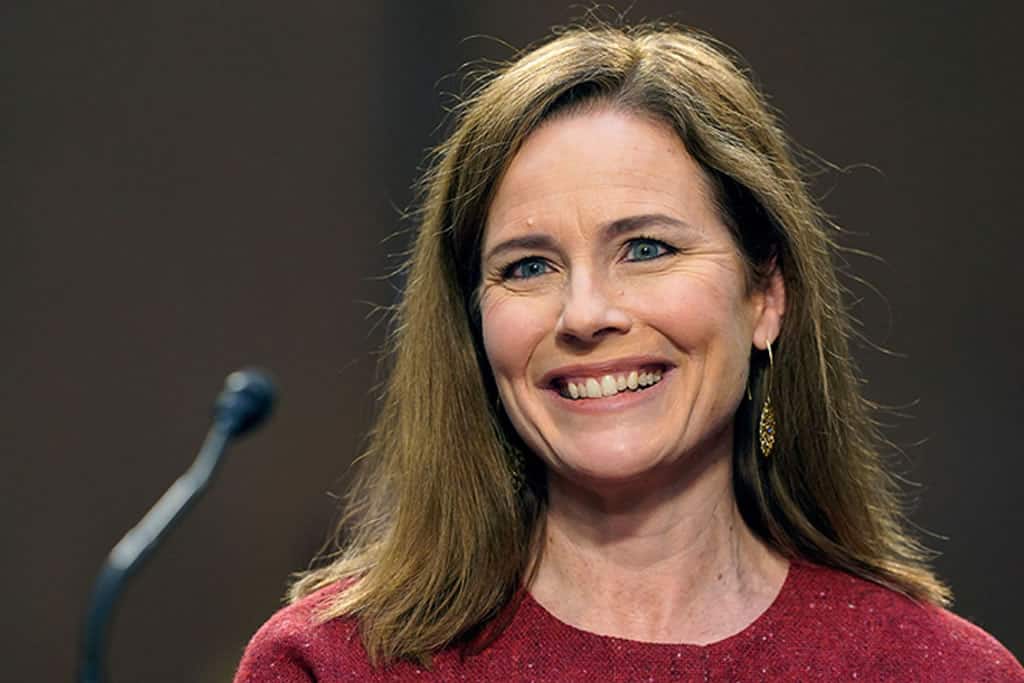 The US Senate confirmed Amy Coney Barrett’s appointment to the Supreme Court on Monday. Barrett is the 115th judge appointed by Donald Trump following the death of progressive judge Ruth Bader Ginsburg on September 18. She is the third judge chosen by the American president, and her appointment has shifted the political orientation of the forum decisively to the right. With Barrett, today, six judges can be described as conservative and only three progressives. Such a strong shift in favor of the Republicans had not occurred since the 1930s.

Barrett had 52 votes in favor and 48 against, and the vote took place according to the split between the two parties, with the only exception of Republican Senator Susan Collins, who voted with the Democrats arguing that it was incorrect to appoint a judge. of the Supreme Court so close to the elections, which will be on November 3. Barrett is the first judge to not receive a vote from the opposition party since 1869, the Wall Street Journal wrote.

Proximity to the elections was one of the most relevant topics in the debate on Barrett’s appointment. In February 2016, following the death of Conservative judge Antonin Scalia, the Republican-majority Senate refused to hold a hearing to appoint Barack Obama’s chosen judge, Merrick Garland, arguing that the nomination would be too close to the election of the United States. 2016, from which there were still months. Four years later that same Republican-majority Senate appointed Barrett within a week of the election.

A few hours after the vote in the House, on Monday evening, Barrett took the first of his two oaths, the so-called “constitutional oath”, during a ceremony in the garden of the White House, in the presence of Donald Trump and a few dozen guests, including some Republican senators who had recently voted. Neither Trump nor Barrett nor Clarence Thomas, Barrett’s colleague on the Supreme Court who made her take the oath, wore a face mask. Barrett will take the second oath, the so-called “judicial oath,” today with John Roberts, the Chief Justice of the Supreme Court. From that moment it will be able to start its activity.

The first sentences that will arrive at the Supreme Court could concern elections. Already yesterday the court ruled, thanks to the vote of conservative judges, that the state of Wisconsin will not be able to count the ballot papers sent by post and arrived after election day. The Supreme Court will have to make similar decisions in the coming days on Pennsylvania and North Carolina as well. All three were disputed between Donald Trump and Democratic candidate, Joe Biden. Voting by mail is considered very important in this pandemic period, because millions of Americans intend to use it and this could cause delays in the delivery of ballots. The Wisconsin Postal Services, for example, said that to make sure the ballots arrive by election day, they need to be mailed by today.

Furthermore, on November 10, the Supreme Court will evaluate the request of the White House and some republican-led states to invalidate some fundamental elements of the Affordable Care Act, the so-called “Obamacare”, that is the law wanted by Barack Obama to extend coverage to millions of Americans who did not have it before. Joe Biden cited Obamacare in his first reaction to the appointment, which he says was made “without considering how the Affordable Care Act protected hundreds of millions of people before and during the pandemic.”