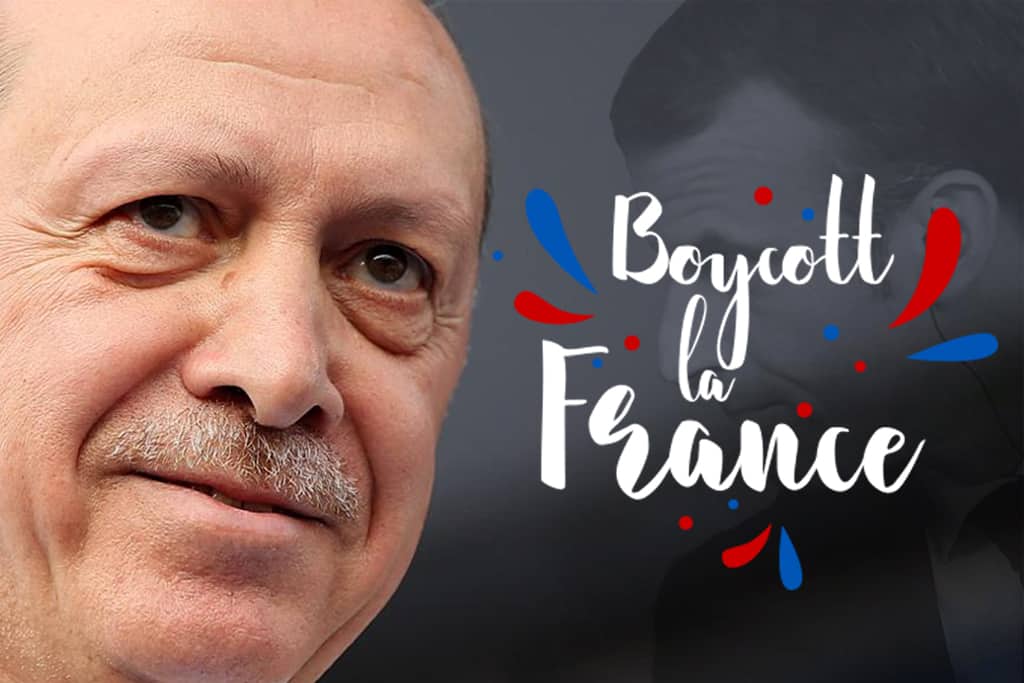 France has taken a tough stance against radical Islam following latest case of beheading of teacher Samuel Paty by radical Islamists in Paris. In retaliation Turkish President Recep Tayyip Erdogan has called on boycotting French products by Turks. Erdogan urged world leaders, in a televised speech, to protect Muslims “if there is oppression against Muslims in France.”

The reaction came after French President Emmanuel Macron pledged to “defend secularism against radical Islam”. Macron’s response was a consequence of killing of Samuel Paty, a teacher in Paris after he showed controversial Prophet Muhammad cartoons in class. Samuel Paty was beheaded by Abdullakh Anzorov, an 18 year old radicalistic, on October 16, after he showed the cartoons teaching his class about freedom of speech. Macron paid tribute to the slain teacher saying France “will not give up our cartoons.”

France holds secularism or laicite` as a central national identity. Under the state, freedom of expression if suppressed for one community to protect a particular community’s feelings, is undermining to the unity of country.

This outlook has been taken offensively by Turkey’s Erdogan who has said in a televised speech on Monday from Ankara “Neve give credit to French-labelled goods, don’t buy them.” He said that “Muslims are now subjected to a lynch campaign similar to that against Jews in Europe before World War II.”

Erdogan jumped a line when he said that Macron needed a mental health check up for speaking out forcefully against Islam. The comments retorted into France recalling its ambassador to Turkey.

European leaders have come out in France’s support, the country having largest Muslim population in Western Europe. Germany has expressed solidarity with Macron and France and has called Erdogan’s comments “defamatory” and “completely unacceptable.”

Apart from Turkey, Pakistan’s PM Imran Khan too has called out Macron for “attacking Islam” in a tweet. Many shops in Qatar, Jordan and Kuwait have removed French products in response.

Turkey and France share not-so-cordial relations with tensions brewing between the NATO members. Both are on opposite sides of the Armenia and Azerbaijan conflict and civil war in Libya. Macron has also called out Erdogan for exploring oil and gas reserves in disputed eastern Mediterranean waters.