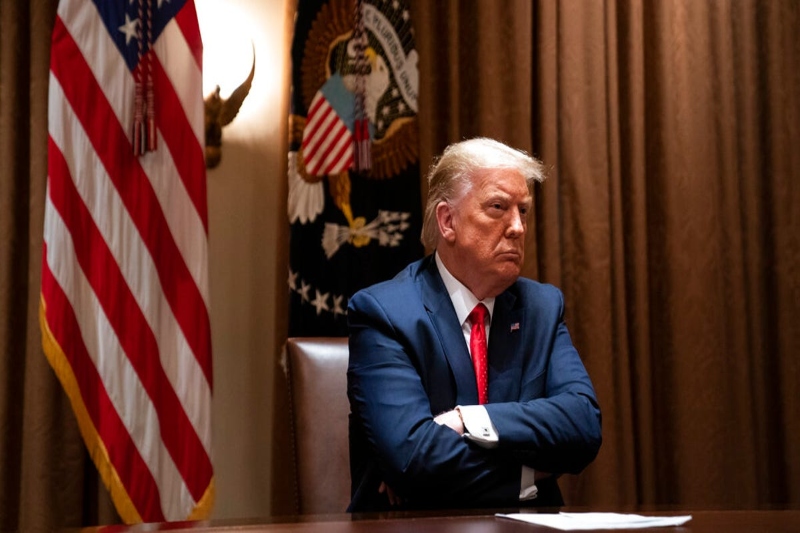 Trump makes futile attempts to overturn the election results: On Friday, President Donald Trump could be seen as making few of his last but futile and dangerous attempts to overturn the November 3rd Presidential election results – something unprecedented in American history. The desperate desire to stay in White House reflects poorly on his ego and detrimental to the nation which is struggling amid Coronavirus pandemic.

State of Georgia, after by-hand re-counting, has officially confirmed the victory of Joe Biden on Friday, thereby giving a massive blow to Trump who was hopeful of winning Georgia, the traditionally red state. Secretary of State Brad Raffensperger said, “Like other Republicans, I’m disappointed, our candidate didn’t win Georgia’s electoral votes. I live by the motto that numbers don’t lie.” Biden won the state by 12,670 votes, becoming first Democratic candidate to win Georgia since Bill Clinton won in 1992.

Another blow came in as two White House republicans pledged of following normal power transition process and validating the vote. President-elect Joe Biden is scheduled to officially enter the White House as 46th President of United States of America on January 20, 2021.

President Trump has been making widespread allegations since the voting claiming of rigged elections and has claimed his own victory. He said, “I won, by the way.” The claims have been without any evidence and rejected by election officials. Trump’s administration filed a series of lawsuits in all key states but have since been rejected by courts, making his options skim for further course of action. Trump camp hoped to convince the state legislatures, where Republicans hold power, to ignore the result and announce Trump as winner.

Overturing of the election result is a long shot with razon thin-chances of any such strategy to work in favour of Mr. Trump, as per Michigan Senate majority leader Mike Shirkey. Michigan is another state that was initially confirmed to remain red but emerged with Biden’s win after a neck-to-neck competition. Shirkey and Michigan’s speaker of House, Lee Chatfield have dismissed any plans to help Trump’s efforts of overturning the Presidential election results. Michigan is a key state where Biden is projected to lead and win by 154,000 votes.

Shirkey and Chatfield said in a joint press statement post the routine White House meeting, “We have not yet been made aware of any information that would change the outcome of the election in Michigan and as legislative leaders, we will follow the law and follow the normal process regarding Michigan’s electors, just as we have said throughout this election.”

Trump’s attempts in other states are too turning futile. Arizona’s judge has rejected lawsuit filed by the Republican Part in the state. The party was evidently seeking ballot audit in Maricopa county. In Pennsylvania too Trump lost the lawsuit and his bid to reject over 2000 mail-in ballots.

Trump’s trials to tilt the results to his favour are turning futile and sour one after the other. President-elect Joe Biden, who just turned 78, will be the oldest US President in history to take the office in January.

EU Bloc Delays Recovery Fund Under Veto From Hungary Poland
RCEP, the largest trade agreement in the world has born