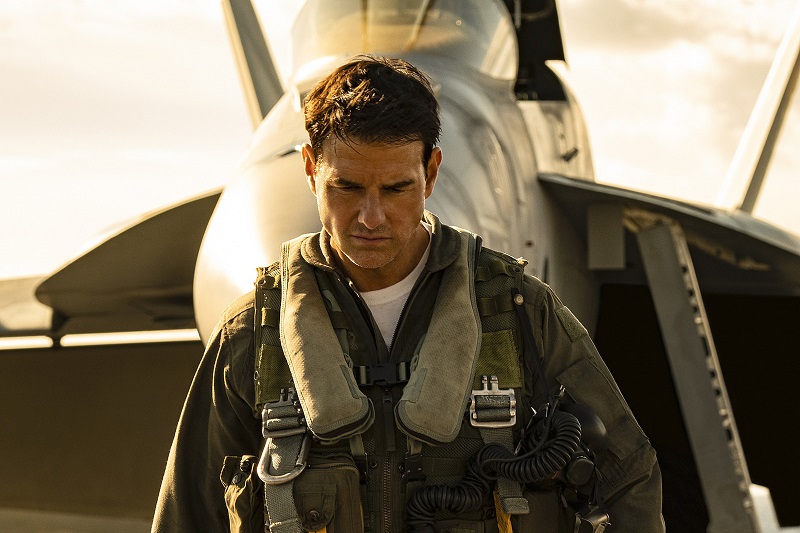 “Top Gun: Maverick” is till soaring high as it enters the second week at the box office. Hollywood’s legend Tom Cruise, who is playing Pete “Maverick” Mitchell, is seen teaching a new set of recruits the importance of speed in this sequel of his 1986 blockbuster movie. According to Paramount, the movie has already made an “estimated $86 million domestically in its second weekend”.

This indicates as drop of only 32 per cent from the movie’s record setting opening at the box office last weekend. This type of a drop, for a blockbuster movie, is quite incredible as majority are front loaded, thereby building a substantial amount of their money just in the opening weekend.

“Maverick notched the lowest percent change for any film that’s opened to $100 million,” according to Paramount.

According to Comscore (SCOR), other blockbuster movies like “Doctor Strange in the Multiverse of Madness” released in May recorded as drop of 67 per cent in its second weekend and March release “The Batman” noted a big drop of 50 per cent. Keeping this is perspective, this is quite a big achievement for “Maverick”. Globally, Cruise’s movie has earned $548.6 million so far, as per Paramount.

The movie also stars Miles Teller, Jennifer Connelly and Jon Hamm, and has been well received by both fans and critics. The movie has bagged a 97 per cent score on Rotten Tomatoes, a review site, from critics and a perfect an A+ CinemaScore from viewers.

This movie is, quite easily, Tom Cruise’s biggest box office debut in the 40-year career of this Hollywood star, also marking his first $100 million opening.

However, the movie was supposed to hit the screens in 2020 but pandemic changed the timeline. While many other big movies opted to release on OTT platforms, Cruise’s strategy was to wait for “Maverick” to hit the big screens and let audience experience the magic of his sequel. And frankly, the strategy seems to have paid off.