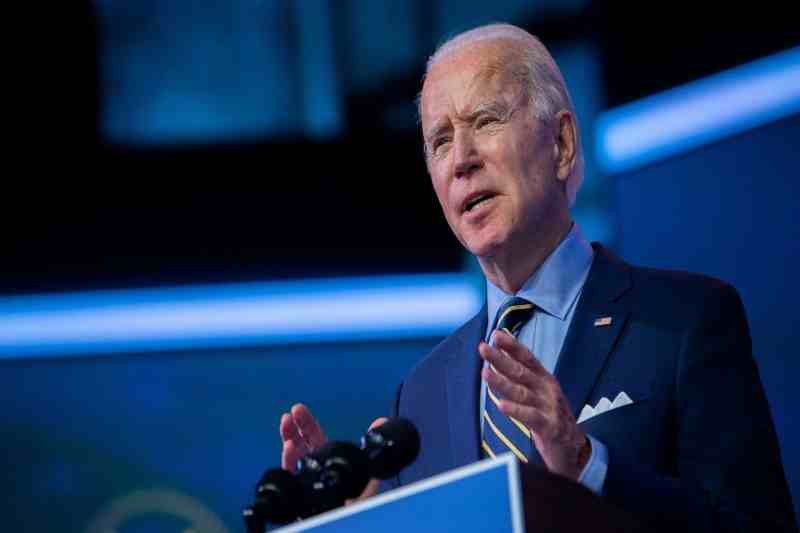 US-Canada initiate work: One of the closest allies in the American history, have initiated policy alignment discussions to prepare groundwork for the new presidential era. Joe Biden would be officially succeeding Donald Trump as the US next president on January 20. Interestingly, Canadian Prime Minister, Justin Trudeau was among the first few leaders who acknowledged Biden’s election win and congratulated him for the same.

“It’s very much a tradition that the Canadian prime minister and the U.S. president meet very quickly to be able to talk about all the tremendous things that we can do together,” Trudeau said in an interview to Reuters on Thursday

The Canadian leader has been looking forward to the beginning of new era in the US political history with the end of Trump’s reign, who following his Canada visit in 2018 called Trudeau as “very dishonest and weak”.

On the contrary, the Liberal Canadian Premier shared close ties with former Democratic President Barack Obama. In December 2016, after Trump’s election win, Biden, Obama’s vice-president, passed the progressive torch to Trudeau on a visit to Ottawa.

“The world’s going to spend a lot of time looking to you, Mr. Prime Minister, as we see more and more challenges to the liberal international order than any time since the end of World War Two,” Biden said.

It would be a golden period for US-Canada ties as Biden and Trudeau share common vision on various issues. Though the biggest hurdle between the two would be around Biden’s economic policy which is focused around “buy America” policy.

“I do think that he’s been pretty clear around some of the aspects of his economic policy that are a little more protectionist than we would want to see,” Ambassador Kirsten Hillman told Canadian Broadcasting Corp.

During his campaign, Biden committed to launch a $400 billion investment to promote US-made goods and said “when we spend taxpayer money, we should buy American products”.

Biden’s economic policy could be a bone of contention with one of the US largest trading partner, as Canadian economy is highly dependent on Washington, which imports about 75% of all Canadian goods exports.

“We are both focusing on, first and foremost, combating COVID, ensuring the safety and health of our citizens, respecting science…There’s a lot of alignment on climate policy…So, I mean, the list is long of policy coordination,” Hillman said.

Hillman added that both the leaders, share great camaraderie and common understanding over various issues. “So that is definitely going to be an asset”. 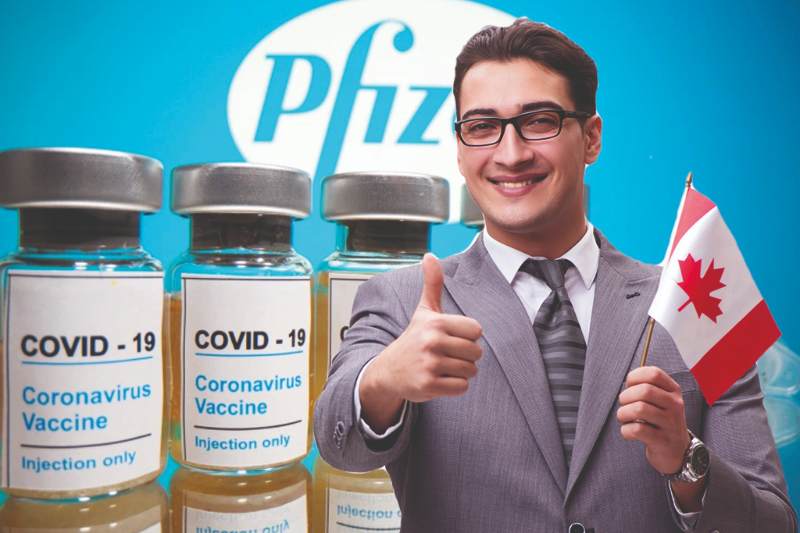 Canada joins UK: Health Canada, Canada’s health regulatory body has approved Pfizer-BioNTech’s Covid-19 vaccine, becoming third country after UK and Bahrain to do so. The body has called vaccine authorization as a “milestone” in North American country’s fight against the global coronavirus crisis.

The vaccine was approved by agency after it was found to have met the regulatory body’s “stringent safety, efficacy and quality requirements”. This has cleared the vaccine doses to be delivered by Pfizer and administered across the country.

Following the approval, Prime Minister Justin Trudeau said that Canada will receive at least 249,000 doses of Pfizer vaccine by the end of this month. It is to be noted that Canada has purchased 20 million doses of the vaccine by Pfizer-BioNTech. This will inoculate 10 million people as vaccine requires two jabs to be administered per person at an interval of 21 days. Canada also has an option to buy an additional 56 million doses under the agreement with pharma giant.

UK, after approving the vaccine last week for emergency use, started its vaccination drive this Tuesday. A 90 year old UK grandmother became the first person to receive the Covid-19 vaccine.

United States too has confirmed the vaccine to have 95% efficacy, clearing its path for authorization by FDA (Food and Drug Administration). The regulators are set to meet on Thursday to formally review the vaccine’s use in US.

In Canada 14 distribution sites have been equipped with all the necessary cold storage requirements for the vaccine which requires -70C temperature for storage. The priority groups to receive vaccine include healthcare workers, and at high risk groups like elderly. Canada has also authorized vaccine to be administered to people over 16 years of age.

The Pfizer vaccine is required to be given in two doses. Day 12 onwards from the first jab, immunity starts to build up in body. The second dose is to be given on day 21, and full immunity is reached on day 28.

Health Canada officials too have advised people with allergy history to delay getting vaccinated with the Covid-19 vaccine. Plan is to monitor developments in UK and then chalk out modus operandi regarding this.

Canada also has contracts with other vaccine manufacturers. Trudeau says that all Canadians will be vaccinated by September 2021. A network of organizations, called The People’s Vaccine Alliance, claims that Canada has ordered enough vaccines to give each Canadian vaccine at least 5 times, provided all vaccines receive authorization for use. The alliance includes Amnesty International, Oxfam and Global Justice Now. 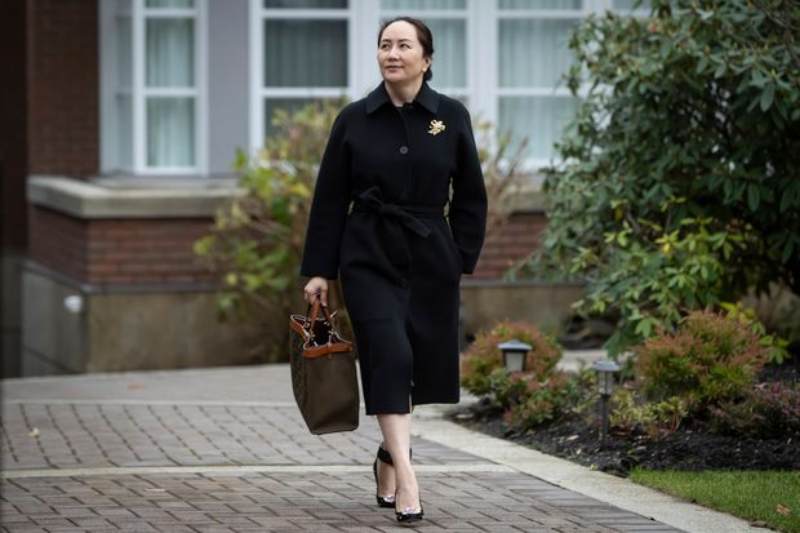 Huawei CFO’s release: The U.S. administration is continuing talks with Huawei’s CFO, Meng Wanzhou, about finding a way to resolve her release if she agrees to the criminal fraud in the case against her, the Wall Street Journal detailed.

However, Trudeau told journalists that his main concern was the release of the two Canadian residents being detained in China. The two were arrested soon following the arrest of Huawei’s Meng Wanzhou in December 2018.

Meng is fighting for extradition to the US over allegations of fraud and that Huawei breached US sanctions on Iran, in a case that has bittered the Canada-China relations.

Under a suspended prosecution agreement with the US Department of Justice, Meng would need to consent to some of the fraud charges against her, the Journal stated on Thursday.

The two nations are planning to find a way for release before President Trump’s administration ends, although Meng is hesitant to concede to any agreement that would see her admit to her allegations, the Journal stated, referring to sources.

The move has pushed Canada into the center of a U.S.- China trade war, and Trudeau’s inability to get the release of Kovrig and Spavor has uncovered his minority government to rise pressure from opposition political parties who require Trudeau to take a harder stance on China.

While Trudeau stated that “We will keep working hard for the return of Michael Kovrig and Michael Spavor.”Two years is an extremely prolonged time to be in jail in China, or anyplace,” Trudeau stated at a press conference.” We will keep trying hard to get them back home.

However, Beijing has asserted that Meng’s arrest is a part of an attempt by Washington to sabotage Chinese tech giant Huawei, and has also urged Canada to release Huawei CFO Meng, who denies all allegations placed on her. 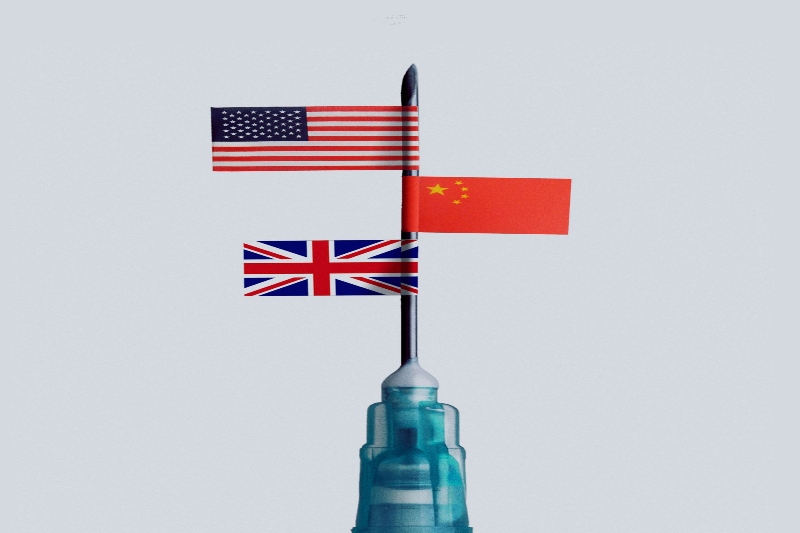 Canada Plans To Share Vaccines: Despite its own challenges with acquiring doses for Covid-19 virus, Canada is reaching out to help donating doses to some lower income nations. Canada had a bad experience dealing with China that backed out at the last minute to deliver doses it had promised.

It is one of the few countries that has been struggling to control the escalating number of infection cases. It is therefore probably forced to make deals to buy more doses per capita than any other nation, according to researchers at the Duke Global Health Innovation Center in North Carolina.

Post the experience with China, Canada is putting its wealth to good use. It has gone out of its way to reserve billions of doses between them before late-stage trial data came in, ensuring they would get access even if only one or two vaccines worked.

Canada will be planning to donate extra doses through the World Health Organization (WHO)-backed COVAX facility, which would distribute them among recipient countries, according to a trusted Canadian government source.

WHO organized COVAX is a facility created to ensure equitable access to Covid-19 vaccines and will be extremely helpful for needy foreign countries. Undeniably, the demand is exceeding supply across the world. With only Pfizer and Moderna having released late-stage trial data, Canada already has deals in place to buy at least 20 million doses from each of the two companies.

But there is a feeling that the doses might not reach low income nations in the right form. Organized by GAVI vaccine group, the COVAX initiative was created to buy vaccines and share them among countries, not to distribute donated leftovers. Quality is of paramount importance here.

Through the initiative, as many as 2 billion Covid vaccine doses will be made available by the end of 2021. GAVI has already raised more than $2 billion in funding, but needs $5 billion more to meet its goal.

Rich countries are being expected to close the funding gap. They are also expected to get their own residents vaccinated before sharing doses, where millions of frontline workers and vulnerable people in poorer countries could be serviced after that. To avoid this, funding is the best way to buy vaccines for such needy nations.