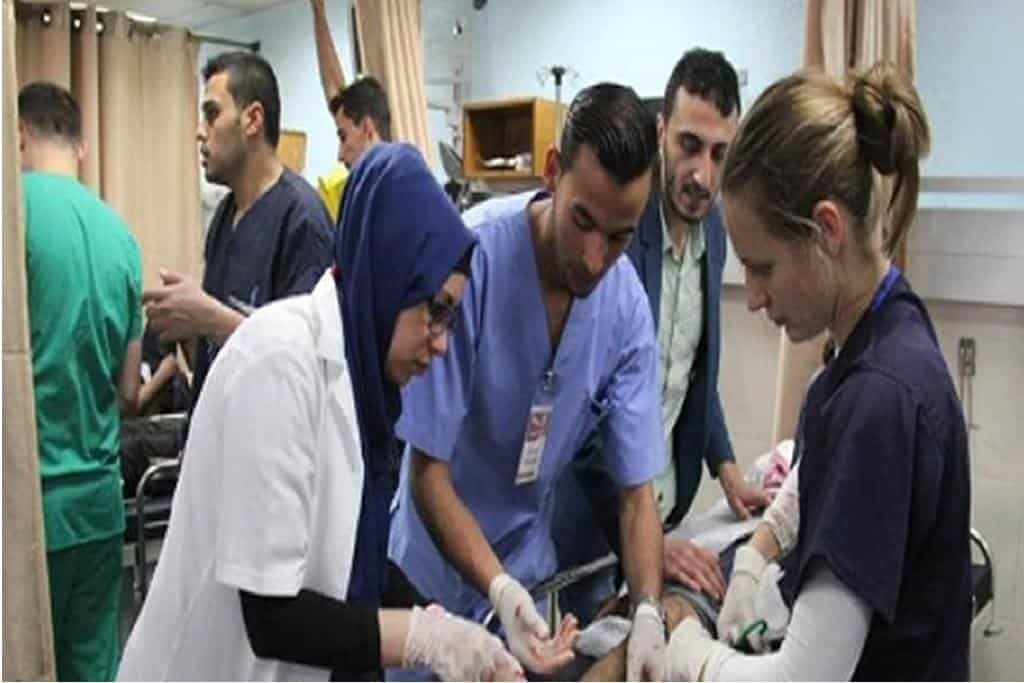 Also Hamas, the Palestinian political and paramilitary organization officially considered a terrorist organization by some nations, has allowed medical teams from Gaza to receive medical training on managing the new coronavirus, COVID-19, in Israel. According to local media, a group of twenty Palestinian medical workers from Gaza attended a training course at the Erez crossing last week. While another group of doctors and nurses was later allowed to leave the Gaza Strip for professional training at the Barzilai Medical Center in Ashkelon in southern Israel after a conference calls held between healthcare workers on both sides of border.

On April 11, Israeli TV channel ‘Kan’ first revealed that Israeli teams have trained doctors, nurses and other medical workers in Gaza on cares for COVID-19 affected patients. The report said a team from Sheba Medical Center in Ramat Gan, Israel, held a training course several hours long. According to the report, another group of doctors and nurses was later allowed to leave the Gaza Strip for training at the Barzilai Medical Center in Ashkelon in southern territories of occupied Palestine.

Fathi Abu Warda, an adviser to the Ramallah Health Ministry, confirmed the ministry coordinated a meeting for 10 doctors from Gaza and 10 from Jericho with Israeli doctors to address COVID-19 and the medical measures needed to prevent the spread of the pandemic. Speaking to al-Monitor, Warda indicated that the first training session took place March 23 on the Israeli side, stressing that the doctors were chosen according to their specialties, which included preventive medicine, epidemiology and intensive care. The initiative was held under the auspices of Coordinator of Government Activities in the Territories (COGAT), the Defense Ministry’s liaison with the Palestinians. However, Abu Warda said he found it odd that another group of doctors and nurses from the Hamas-run Gaza government had later received training inside Israel without coordination with the Health Ministry in Ramallah.

Despite the medical collaboration, Hamas-run security forces reportedly continue to arrest several peace activists in Gaza on treason charges. Dozens of Palestinian activists were stopped last week after they took part to an online conference with Israeli organizations. The Hamas-run Interior Ministry said the activists were accused of “holding a normalization activity with the Israeli occupation”. The activists held a nearly two-hour meeting on Monday over an online conferencing platform to discuss issues of common interest, including the spread of COVID-19. Health authorities in Gaza have reportedly decided to adopt an Israeli recommendation that the isolation period for those resulting positive to coronavirus testes be extended from the current two to three weeks, due to a lack of medical facilities and testing equipment in their territories.

According to Worldometer, the State of Palestine has recorded 344 confirmed coronavirus cases and 2 deaths so far, of these 17 cases were reported in the Gaza Strip, all Palestinians returning from outside. On the other side, Israel recorded 16,004 cases of which 105 are in serious or critic conditions, while the number of deaths is 223 as for Saturday.