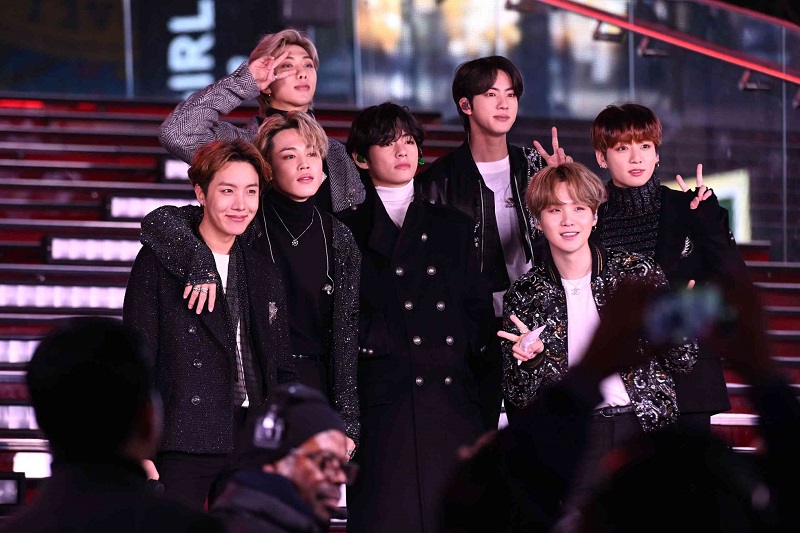 facts about bts that every fan should know about

10 Facts About BTS That Every Fan Should Know About

The K-pop band BTS is a successful South Korean boy band. BTS is famous across the world. Today, we present to you the list of 10 facts about the band, BTS.

BTS Stands for Bangtan Sonyeondan, which means ‘bulletproof boy scouts’. In 2017, BTS got a new English name, ‘beyond the scene’. However, most of the fans know them as ‘BTS’.

Fans of BTS are called Army

Fans who support BTS are called the ARMY, which Stands for ‘Adorable Representative MC for Youth’. The band has a massive fan following from all over the world. Sometimes, their social media pages are filled with ARMY’s comments.

BTS are made up of seven members

BTS are made up of seven members. Their stage names are RM, Suga, Jin, Jimin, V, J-Hope, and Jungkook. They are also famous for their looks and dressing styles.

The leader of the group RM said that he learnt English by watching the popular 90s American sitcom ‘Friends’. He is one of the best English speakers in the band.

BTS produce their own music

BTS compose, write, edit, and record all their songs without any outside help. The members of the group help each other. However, sometimes they collaborate with other artists too.

BTS reached one million followers on TikTok in just 3 hours and 31 minutes on 25 September 2019. They are popular across the world, especially in Asian countries. They also have followers on other social media sites.

Suga Was An Underground Rapper

Before joining BTS, Suga was an underground rapper under the name ‘Gloss’. He was part of the hip-hop crew called D-Town. He used to rap a lot of songs.

Jungkook Wanted To Be A Tattoo Artist

Jungkook wanted to be a tattoo artist. He once revealed that he has an immense interest in tattoos. He also has several tattoos on his hand and body.

J-Hope Was A Street Dancer

Before joining BTS, J-Hope was a street dancer. He used to be a street dancer with a dance group called Neutron. He won awards for his dancing skills too. Later on, he joined BTS.

BTS have the World Record for most Twitter engagements

BTS set the World record for most Twitter engagements in 2019 with 422,228 engagements. Their popularity is insane as BTS members more often come in the trending section of Twitter.

These are the 10 facts about BTS. Why do you love BTS so much? Share your answer in the comment section below.