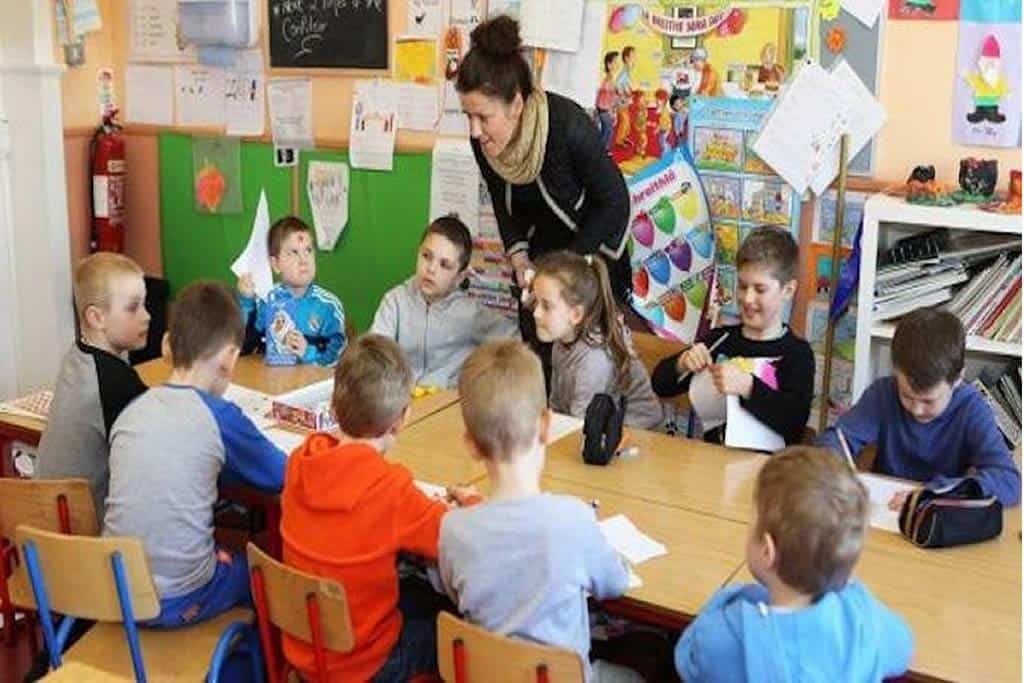 Europe tries to return to normal reopening the schools

Many countries in Europe tries to return to normal programming the reopening of schools. Gradually, EU member States set up a reopening plan, starting from production activities, services and schools. On Monday evening in his tv speech to the nation, the French President Emmanuel Macron announced a series of measures, including the progressive reopening of schools and universities.

“Starting from 11 May we will gradually reopen kindergartens, schools, colleges and high schools. It is a priority for me because the current situation increases inequalities. Too many children, especially in popular neighbourhoods and in the countryside, are deprived of school without having access to digital and cannot be helped in the same way by parents. In this period, inequalities in housing and those between families are even more marked. This is why our children must find their way back to school. The government, in concertation, will have to provide for special rules: organize time and space differently, protect our teachers and students well, with the necessary materials for higher education students, courses will not resume until summer. The government will specify the organization for each right action that will be necessary, in particular for exams and competitions”. Macron explained.

So, in the name of equality, the first to return to the classrooms will be the youngest children. Of course, the reopening of schools will not happen overnight, the French Minister of Education Jean-Michel Blanquer warned this morning: the first criterion “is primarily social”, and many observers seemed to understand that scholars in some areas in difficulty could start again before the others. “We need to save the students who could drift because of confinement”, the minister warned, stressing that they are the most fragile groups that he has above all in his mind. Even in the rest of Europe something is moving.

Denmark and Norway, which recorded so far less than 10.000 COVID-19 infections, 6.174 and 6.525 respectively, will be the first to partially reopen schools in Europe after France. In Denmark the idea seems to prevail that in order to resume a normal life, parents must go back to work and therefore young children must be cared for. A pragmatic vision, which the government is ready to correct if the infections start to rise again. So, at school from Wednesday 15 after a month of stop the children of primary schools and playschools, therefore all children under 11 years of age. However, schools have until April 20, as requested by many parties, to better adapt the buildings to the new safety measures and new sanitation standards imposed by the Copenhagen government. Among the various provisions, it is expected that a distance of not less than two meters is maintained between the students, and they can’t also leave the class all together but only divided into small groups.

In Norway, the Government announced that schools reopening will begin on April 20. Germany also decided that, according to a draft decree anticipated by various media including ‘De Spiegel’, starting from May 4, students from the last years of secondary school and boys from the last year of elementary school will be able to return to class. Spain, which has been hit hard by the epidemic, is also developing its plan: the idea is that the schools will start again differently, based on the situation in the various regions, from the beginning of May.

Italian Government indicated the deadline of 18 May: if by then you can return to the classroom, then the school year will end more or less regularly, otherwise some measures have been planned especially on the final assessments and exams. The high school exam would consist only of an oral exam, lasting about an hour, online or in presence, to small groups called to school. Italy, on the other hand, reserves caution for the time being, local authorities and teachers reject the idea of schools reopening before the summer or for September as the 22170 deaths recorded to date deeply scared Italian families who prefer to wait for the numbers of infections to drop further before returning to school.

Lockdown exit: Hoping for the best but are we prepared for the worst?
Beijing rejects Washingtons accusation of secret nuclear tests
Subscribe
Login
2 Comments
Oldest
Newest Most Voted
Inline Feedbacks
View all comments

What will travel look like after Covid-19? - The World Reviews

[…] Europe tries to return to normal reopening the schools […]

Why biking is the preferred transport in coronavirus lockdown? - The World Reviews

[…] is the new way to commute that is going to become popular post the Coronavirus lock downs open up in various countries. In some cities, infrastructure is being altered to suit […]