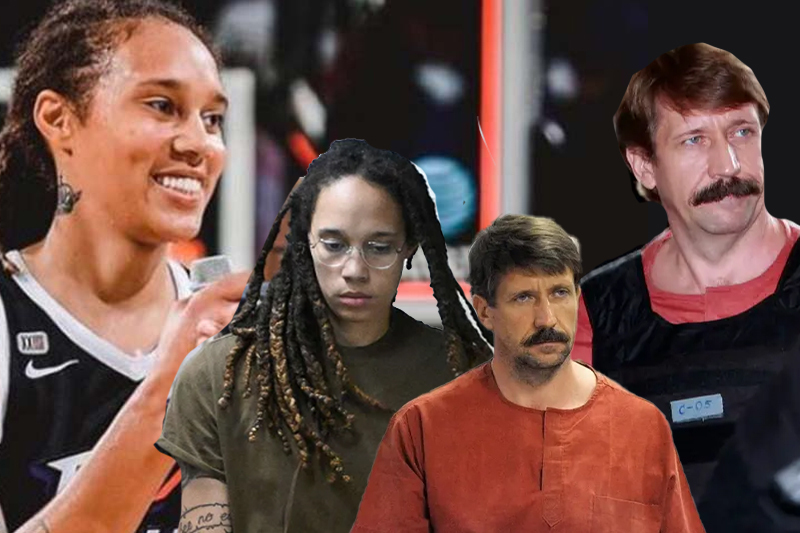 American basketball star Brittney Griner is headed home after being freed from Russian prison in high profile prison exchange for the release of notorious Russian arms dealer Viktor Bout who was in US jail for the past 12 years. The prison swap has brought a big sigh of relief for Griner’s family and fans and ending the eight months period of high diplomacy.

While the tensions between US and Russia are at peak due to ongoing Russian invasion in Ukraine, Biden administration was successful in cracking the deal to bring back detained WNBA player in Russia. “She’s safe, she’s on a plane, she’s on her way home,” Biden said from the White House, where he was accompanied by Griner’s wife, Cherelle, and administration officials. “The most important emotion that I have right now is just sincere gratitude for President Biden and his entire administration. He just mentioned this work is not easy, and it has not been,” Cherelle said.

Why releasing Brittney Griner was important for Biden administration?

Release of Viktor Bout, Russian felon who goes by the nickname “the Merchant of Death”, highlights the urgency and importance of bringing back Griner for Biden administration. Griner, who also played pro basketball in Russia, was arrested at a Russian airport after the authorities said she had vape canisters with cannabis oil in her possession. A two time Olympic gold medalist, Baylor University All-American and Phoenix Mercury pro basketball star, Griner’s arrest made her the most important American who was jailed abroad. Moreover, her status as an openly gay Black woman who was jailed in Russia known to be hostile towards LGBTQ+ community brought human rights agenda to the forefront. Bringing her back has been a big win for Biden administration.

The fact that Putin agreed for release of Griner, who was a big trump card for Moscow against Washington given the times of intense tensions between the two global powers, in exchange for Viktor Bout highlights the importance that one of the most prolific arms dealer has for Putin.