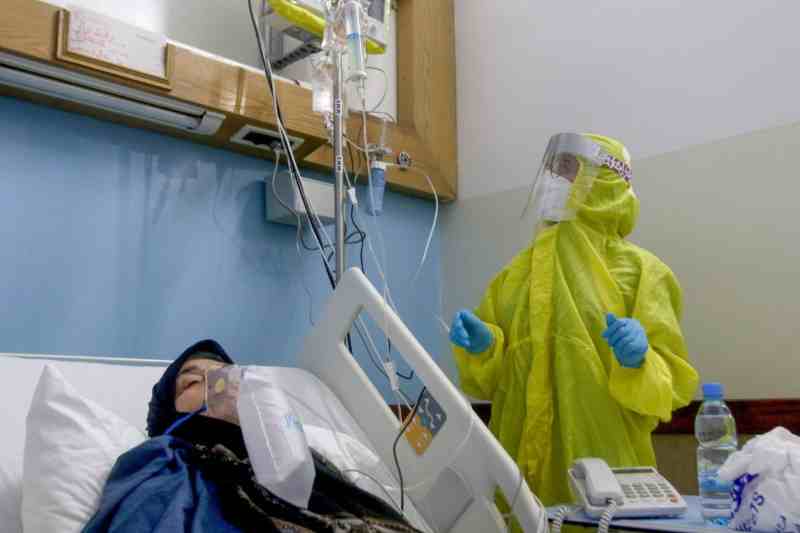 One of the poorer nations of the world, Lebanon is now getting a medical financial stimulus from the World Bank, official reports have confirmed. The World Bank has approved $34million to back the Lebanese Covid-19 vaccination drive.

This is the first such huge outlay of funds by the bank. Previously, Lebanon has taken several loans from the bank to keep its economy from sinking. Since the pandemic broke out, the country has been struggling with the constant outbreaks and an unfortunate burn of a strategic port that led to a major scare and distrust amongst common people over the administration of the government.

Funds have been reallocated from an existing Lebanon Health Resilient Project.  The Lebanese government has signed up for receiving the American Pfizer vaccine for 2.1 million doses. Lebanon already has a fractured medical system that has been losing its back over a surge in infection rates.

According to the Lebanon Health Ministry, the vaccines will arrive by February.  These doses will be priced at $18 looking at Lebanon’s financial condition and the whole cost is covered under the World Bank financial assistance.

Additionally, Lebanon would also receive another 2.7 million doses from the UN-led Covax program that caters to poorer countries like Lebanon, Yemen, Syria and Libya. These doses are expected to arrive no sooner than the mid of the year. These work on the mechanism of richer countries donating a percentage of their doses stocks to the poorer nations, once their own people are inoculated.

Once known for its advanced medical services in the Middle East, Lebanon today stands to manage its falling bricks. There is a convergence of stresses on the health care system. There are many reasons for this. But the major reasons that stand out include lack of up-to-date infrastructure; lack of medical personnel due to high emigration rates among doctors; and difficulties in obtaining medical supplies due to the devaluation of the Lebanese currency and reduced imports. 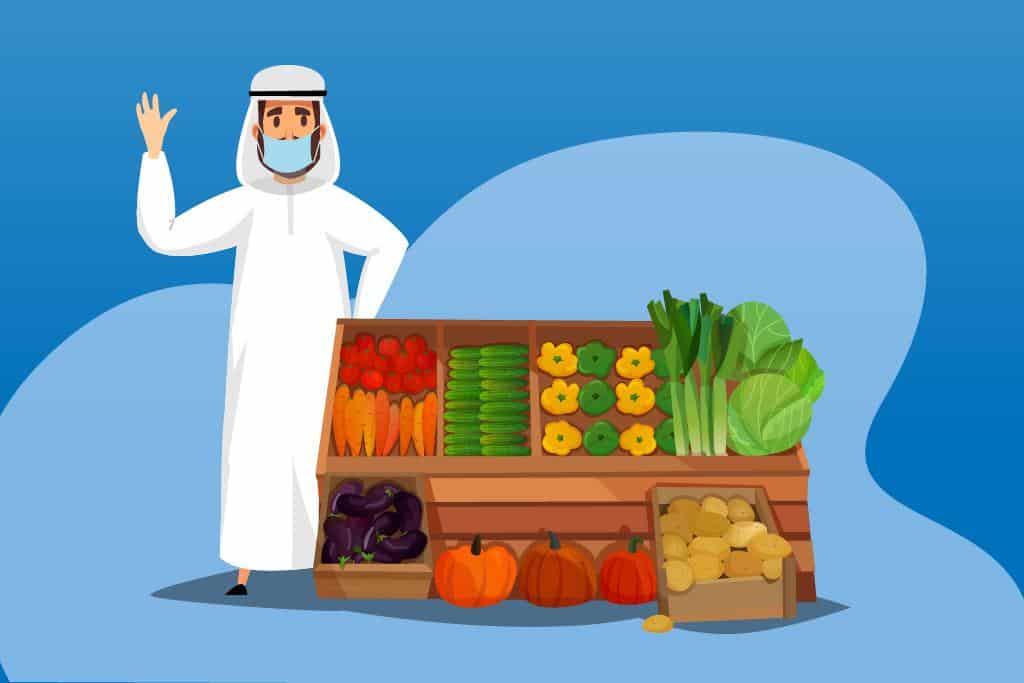 The World Economic Forum has published a detailed report on how the United Arab Emirates (UAE) provided sufficient food supplies during the lockdown imposed in response to COVID-19. The paper describes the steps taken by the UAE over the past four years to become more self-sufficient in their food supplies, limiting its dependence on imports. The forward-looking policies of the UAE leadership have allowed the Gulf country to overcome the health emergency of COVID-19 without difficulty, establishing itself as a model to follow for other countries around the world.

The effort – part of a broader push to produce more home-grown food amid fears climate change could trigger instability in the global food trade – started after the country was hit by food export bans during the 2008-2009 financial crisis, the World Economic Forum affirms, indicating thatwhen the UAE went into lockdown in April to contain the spread of the novel coronavirus, residents had the same reaction as millions of others around the world – they started panic-buying.

Nonetheless supermarket shelves have remained fully stocked, partly because the UAE has long had policies in place to ensure an uninterrupted supply of food from abroad,IsmahaneElouafi, Director general of the International Center for Biosaline Agriculture (ICBA) noted. “Thanks to the work being done to harness the benefits of innovation, agriculture is becoming possible and profitable in a country with harsh climatic conditions,” Elouafi said.

According to data from the World Bank, the contribution of agriculture to the country’s gross domestic product rose from $2.39 billion in 2012 to $3.06 billion in 2018. Currently ranking 21 out of 113 countries on the Economist Intelligence Unit’s Global Food Security Index, the UAE aims to be in the top 10 by 2021 and number one by mid-century. By then, the federal government hopes half the food Emiratis consume will be produced locally, compared to 20% today. Under the UAE’s National Food Security Strategy – which was officially launched in 2018, but had already been woven into government policy for several years before – the country has worked to boost domestic food production. It has built infrastructure, including complexes for cattle-breeding – and introduced financial measures, from exempting value-added tax on food produced on local farms to paying subsidies on fodder.

The report also shows how to meet the country’s freshwater needs, the government is increasingly turning to energy-intensive desalination methods. Another challenge is that less than 1% of the UAE’s land is arable, according to the World Bank. The focus is on finding ways to farm with fewer resources – which is where technology and experimenting with new crops can help, said Sajid Maqsood, associate professor in the College of Food and Agriculture at United Arab Emirates University.

In recent years, the UAE has seen a rise in the number of vertical farms, in which crops are grown stacked under LED lighting and watered with mists or drip systems. In Dubai, the country’s business and tourism hub, airline catering service Emirates Flight Catering and vertical farm operator Crop One Holdings have launched a $40-million joint venture to build the world’s largest vertical farm. Crop One Holdings says the 130,000 square-foot (12,077 sq m) farm – due to be completed this year – will produce 6,000 pounds (2,721 kg) of pesticide- and herbicide-free fruits and vegetables daily, using 99% less water than traditional farms.

The Dubai-based ICBA works with local ministries, farmers’ associations and businesses to introduce climate-resilient crops such as quinoa, pearl millet and sorghum to farmers. “The global food production system is currently dominated by just a few staple crops – this needs to change,” IsmahaneElouafi affirmed. For Kapoor at Madar Farms, which has been growing leafy greens and microgreens in vertical systems since 2017, the move into tech-enabled agriculture is inevitable to deal with challenges like climate change and the novel coronavirus. As The world will have to shift toward controlled-environment agriculture. 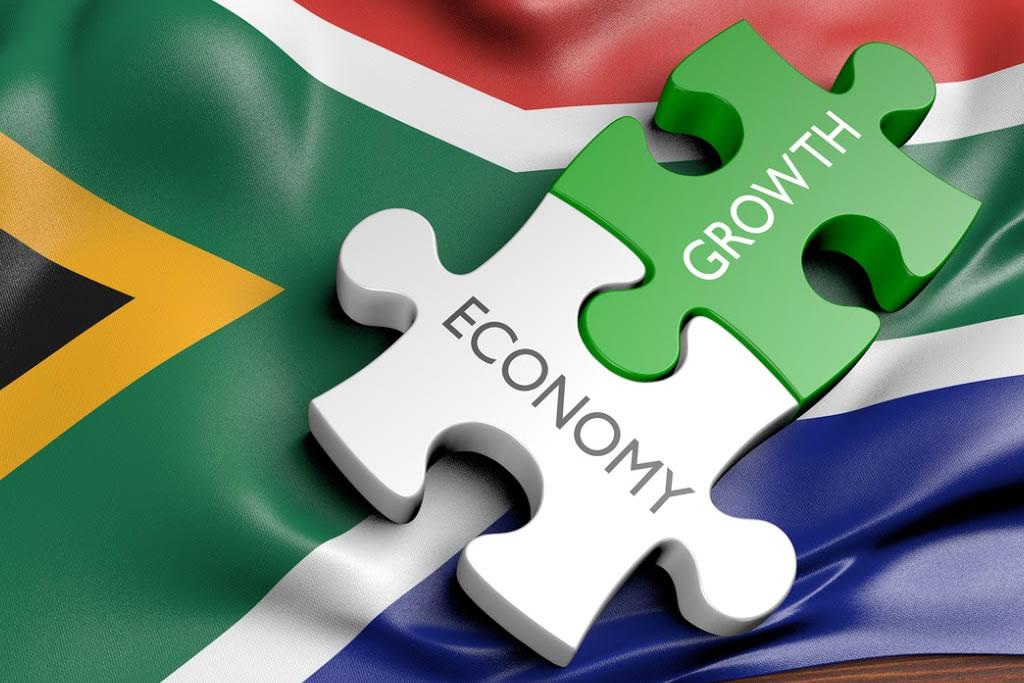 Having lost operating space in the US and Europe, the rating agencies have thrown themselves into emerging countries, especially those of Africa. You don’t have to be a genius of competence and analytical skills to imagine the economic difficulties in a world devastated by the COVID-19 pandemic. In particular in emerging countries, which have always been very susceptible to what happens in the so-called advanced economies.

At different times and in diverse ways, the three rating sisters, Standard & Poor’s, Moody’s and Fitch, downgraded ten African countries and their public debt securities down to the junk level. These are Angola, Botswana, Cameroon, Cape Verde, the Democratic Republic of the Congo, Gabon, Nigeria, South Africa, Mauritius and Zambia. The assessments are based on the forecasts regarding the weakness of the tax and health systems of the countries. This happens while the World Bank has instead supported the suspension of interest payments on the debts of the poorest countries that are part of the International Development Association (IDA).

On the other hand, their knowledge of Africa is very low. S&P, for example, says to be able to make assessments on 128 countries around the world, but has only one office, in Johannesburg, for the entire African continent. Agency ratings are usually trivial ratings. But they are taken into consideration by the markets to judge the health of the various national economies and, consequently, to also define the interest rates on their public debt. This is a phenomenon repeatedly experienced with devastating effects on the cost of loans and also the weakening of the capital offered by international investors.

It is worth mentioning their role in the financial meltdown in the years of the Great Crisis of 2008, which had an impact on global markets and especially on the real economy of many countries, including developing ones. The detailed report “The financial crisis inquiry report” prepared by a bipartisan commission and published by the US government in 2011, where it was stated, among others, that “the crisis could not have occurred without these agencies. Their ratings, first skyrocketing and then suddenly lowered, have thrown markets and businesses haywire”.

Moody’s has downgraded South Africa to junk, causing it to lose the last investment-grade step, under which institutional investors are no longer authorized to buy government bonds. The rating agency estimated a significant increase in South African public debt expected to reach 91% of GDP by 2023. Fitch cut Gabon’s sovereign rating from B to CCC. The explanation of the downgrade concerns the possible difficulty of repaying sovereign debt due to a lack of liquidity due to the fall in oil prices. Moody revised Mauritius’s sovereign rating negatively due to lower tourist earnings for coronavirus. Nigeria has been downgraded from S&P from B to B – because COVID-19 would have increased the risk of fiscal and external shocks from falling oil prices and the economic downturn.

S&P also downgraded Botswana, one of Africa’s most stable economies, which had an A rating. The agency cited the weakening of its state budget due to a drop in demand for raw materials and the expected economic slowdown, due to COVID-19. The downgrading of Botswana was decided when there was yet no case of infection in the country. We assist in a wave of downgrades of private companies due to the concept of sovereign limes: a country’s rating generally determines the report card assigned to companies operating within its borders. The African countries are called by many to draw up a collective response mechanism against the abuse of the rating.