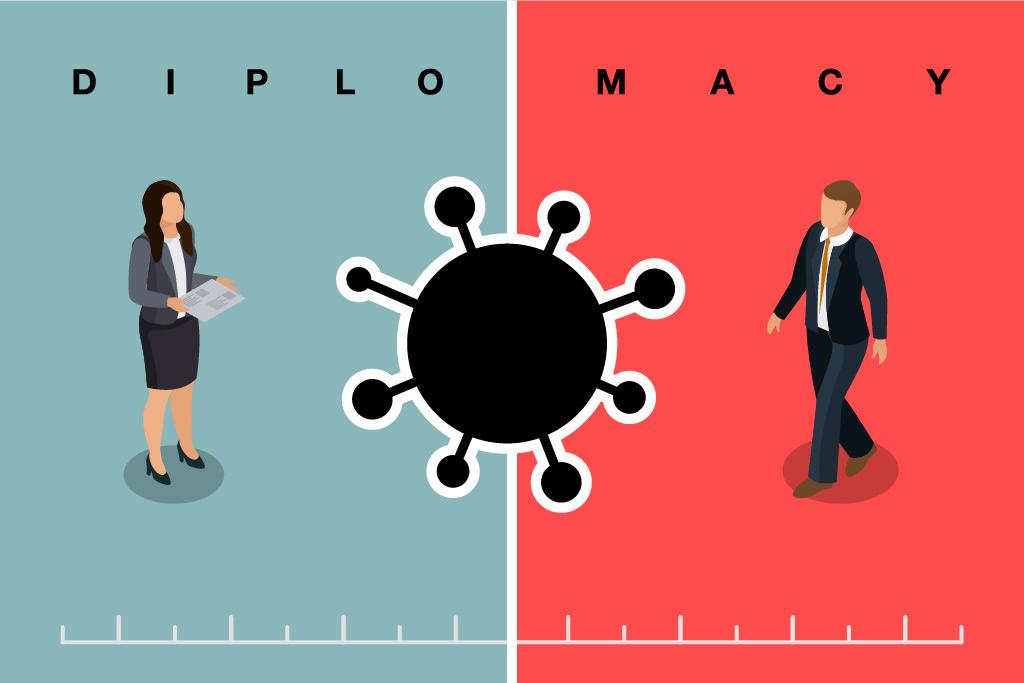 How the pandemic has redefined diplomacy world wide

Personal interactions have a way with relationship building in the diplomatic circuits. The walks, the tea sessions, the dining and meeting with spouses- there are many examples which help build bonds of trusts amongst the leaders of great nations.

But with the pandemic having restricted much of social meetings, virtual meetings are ruling the roost. But is virtual diplomacy really working out its way into the hearts of the leaders?

Indeed, there are consequences of social distancing and then virtual diplomacy. You have to depend on the earlier effect you might have left on the other person. It is difficult to give the same kind of impression and feeling again. According to Sven Jurgenson, Estonia’s ambassador to the U.N., “Face-to-face interactions are a key aspect of building diplomatic relations.

Right now, diplomacy seems to have been put on halt due to the pandemic and social distancing protocols which have to be adhered to. We will have to learn to adapt to this.”

Social distancing requirements and restrictions on movement have been seen to have effect on decision making processes at many levels. While virtual meetings are doing their work, the effectiveness maybe put to question.

For example, the functioning of the 15-member Security Council and the 193-member General Assembly, the two most important bodies in the multilateral system isn’t as effective as they would want it to be. The council has indeed, made a number of important procedural decisions, such as the prolongation of mandates for peacekeeping missions.

But what has been affected is strategic actions like inability to remotely cast and verify votes. Currently, the remote voting process takes up to three days. Xavier Sticker, the French ambassador to the U.N. in Vienna for example feels that sensitive issues are difficult to be addressed without in person interactions. “Diplomats have to be careful about discussing sensitive topics over phone or in a videoconference,” he explains.

The Vienna-based International Atomic Energy Agency (IAEA) again found it difficult to get Iran on the same page, virtually. They are intending to be able to start atleast some partial personal meetings by June end.

The pandemic seemed to have hit the diplomatic channels in EU the worst. As a bloc, they are accustomed to many meetings. Many ministers admitted to a particular news agency that first few weeks were paralyzing. Videoconferences only started becoming functional when there was no other option to be seen. But that also, among European ministers was seen to be not that efficient as face-to-face meetings in Brussels are most popular to get things done. During in-person meetings, representatives of the bloc’s member states sit around a table and are able to get up and make progress on other issues while statements are made that do not concern them directly.

There is a lot of simultaneous and informal work which is also done over the personal meetings. That has been stopped and many EU ministers feel less efficient on virtual set ups.

Indeed multilateral negotiations have become slow and painful for many nations. But many leaders and governments are also forced to accept that evolution is the only way to move ahead in such times of restrictions and safe keeping.