Home » How intelligence failure ensued in Austria leading to the Vienna attacks
By    Freelance Writer      November 7, 2020 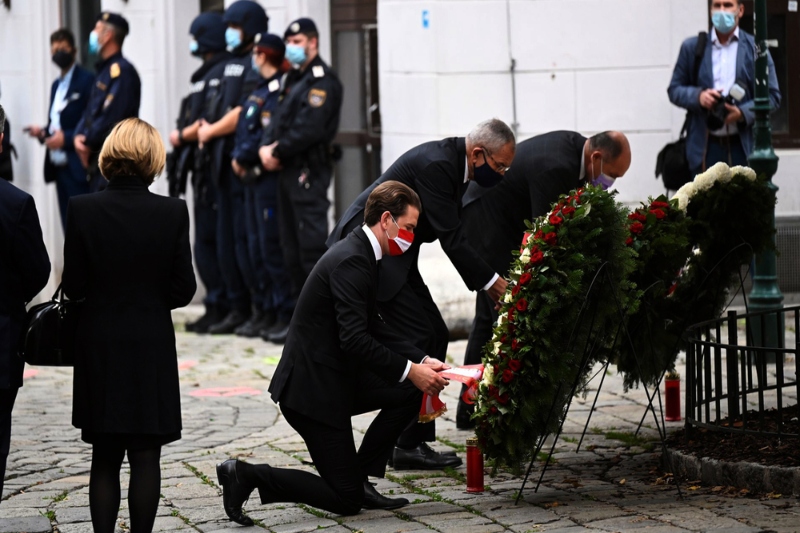 How intelligence failure ensued in Austria leading to the Vienna attacks

Intelligence failure in Austria leading to the Vienna attacks. Austria’s capital city Vienna was startled Monday night as gunman, heavily armed with automatic weapons, went on a rampage in central part of city killing four people in cold blood. Now latest developments have revealed that there was an intelligence failure ahead of the attack, thus prompting suspension of Vienna’s anti-terror chief.

Officials reveal that chief Erich Zwettler requested for his own suspension.

Revelations have come to light that the suspect of attack had tried to buy ammunition in Slovakia and the Austrian officials were reported of the same. Furthermore, the gunman was also known to be in contact with two Germans who too were under observation over suspected activities.

As the shootings were underway in Vienna, soon the authorities came to knowledge that the heavily armed gunman had just been released from jail after serving 22 months term for trying to join Islamic State (IS) jihadists group in Syria. Also, he allegedly had fooled his organizers of attending de-radicalisation progamme, which led him off the radar. But Slovakia authorities had told their Austrian counterparts of the gunman trying to buy ammunition in July, but the latter’s BVT intelligence agency is being accused of mishandling the intelligence information and case.

The Austrian gunman has been identified as Kujtim Fejzulai, an Islamic terrorist. On Friday, Germany police searched homes of four men in Kassel, Osnabruck who were in contact with the Vienna gunman in July. Though the men were not present at the attack scene, two of them are being called as ‘part of the Islamic scene’ in Germany. These people are said to have visited Vienna and stayed with the attacker’s family in Vienna.

Gerhard Purstl, Vienna Police Chief, said that the movement of the German ‘Islamic contacts’ was being monitored by LVT domestic intelligence agency inVienna and also the counter-terror agency but still no further action was taken.

Had the meetings and ammunition purchase been interrupted by agencies at the right time with further follow-up, the attacks could have been prevented and led to a completely different outcome.

Sources reveal that Austrian security officers were just hours away from carrying out a massive anti-terror operation with raids when the shootings in central Vienna began. The interior ministry has however refused to provide any clarifications on this. Operation ‘Ramses’ was scheduled to commence at 3:00 on Tuesday, with planned raids at people’s residences known to the gunman. The raid information was allegedly passed on by an interpreter, leading to the shootings in a possible attempt to divulge from the raids.

The nine-minute shooting at 20:00 on Monday night at six locations led to four people being killed and 23 injured. The people were out and about in central Vienna, at restaurants and bars, before the new pandemic lockdown was to begin at midnight. The attack was finally brought to an end after the gunman was shot down.