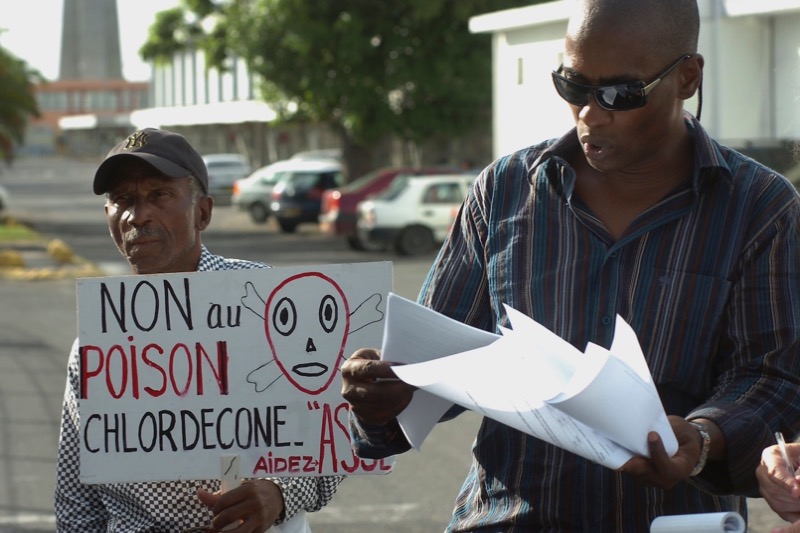 Guadeloupe and Martinique residents who were exposed to an illegal chemical were refused compensation by a Parisian court, despite the fact that the French government was found guilty of improper negligence.

Lawsuits brought against the French government for allowing chlordecone use on such islands were bittersweet for campaigners and attorneys who maintained that it was illegal and sought damages for those who were harmed.

“This decision is a significant step forward in the sense that the state’s fault is recognized,” one of the attorneys engaged in the case, Christophe Leguevaques, told the Associated Press. “On the negative side, the court does not recognize financial reparations for the victims. However, West Indians have been exposed and are still exposed to this dangerous product,” he added.

On June 25, a French judge temporarily halted the lawsuit to allow for three months of research.

In an interview with AP, attorney Harry Durimel said, “We want the court to condemn the persons who put money before health,” and that officials wanted to keep using chlordecone because they were in competition with banana producers from Latin America. “They’re known. They are ministers, directors, and politicians from Guadeloupe and Martinique. We want them to go to trial.”

Chlordecone, sometimes known as Kepone, was prohibited in the United States in 1976 and has been linked to slurred speech and other neurological disorders. In Guadeloupe and Martinique, there is a high occurrence of prostate cancer, which French officials are concerned about, and some researchers suggest that it may be linked to premature deliveries. Production and sale of the drug have been prohibited by the Stockholm Convention since 2004.

In Guadeloupe and Martinique, an exception given by the French government allowed the use of chlordecone in the fight against the banana weevil from 1981 to 1990. Exemptions have been challenged in court by lawyers and campaigners alike. In April, France’s agricultural minister petitioned the court to reject the complaint, stating it was inadmissible and pointing out that the government has subsequently taken several efforts to protect people’s health, including restricting fishing in some locations.