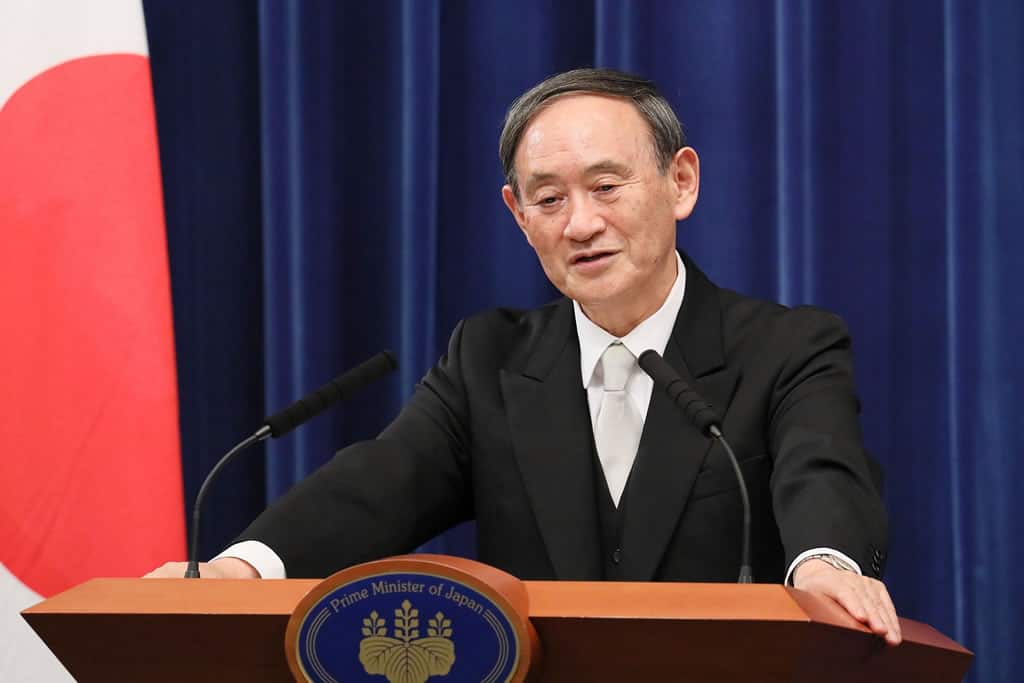 On Sunday, Chinese Foreign Ministry spokesman Zhao Lijian reacted to Japanese  Prime Minister Yoshihide Suga’s recent offering to the controversial Yasukuni shrine. China and South Korea considered the shrine in Tokyo as a symbol of Japan’s World War ll military aggression as it honours 14 Japanese wartime leaders convicted as war criminals by an Allied tribunal as well as war dead. Lijjan criticises Japanese leader’s actions and called it a “negative action” and asked Tokyo to reflect on its war history.

The South Korean government “expresses deep regret that Japan’s government and congressional leaders have again dedicated an offering to the Yasukuni Shrine which glorify Japan`s past invasions,” the foreign ministry said in a statement on Saturday.

Seoul urges Japanese leaders to show “humble and genuine reflection” of past events through action with the launch of a new cabinet.

With the two countries (Vietnam and Indonesia), we plan to exchange opinions over how to handle the regional and global impending agendas such as cooperation for realising a free and open Indo-Pacific South China Sea issues and North Korean situations.

South Korea and Japan have a history of strained ties owning to Japan’s 1910-1945 colonisation of the Korean peninsula, where as tensions between China and Japan started building recently since China sent is military ships around Japans islands called Senkaku island. The Chinese vessel remained there for the record time, symbolising the ownership claims and in doing so, directly provoked Japan. Hence, Japan has been trying to shore up support from other regionals powers to build a united front against China, through defence and trade deals. It’s recent agreements include military and economic ties with Vietnam and Indonesia.

On Sunday evening Suga flew to visit Vietnam. The visit marked Suga’s first trip abroad since he took over the office. His foreign policy clearly echoed Japanese intensions of building stronger military alliance with the South East Asian countries in order to strategically combat Chinese growing aggression in the region.

During the recent visit, Japanese Cabinet Secretary, Katsunobu Kato, said, “With the two countries (Vietnam and Indonesia), we plan to exchange opinions over how to handle the regional and global impending agendas such as cooperation for realising a free and open Indo-Pacific South China Sea issues and North Korean situations.”

Japanese PM is flowing the footsteps of his predecessor, Shinzo Abe, and has been under pressure from his ruling party members who expect Suga to take a tough stand against China. The key agenda of Suga’s Vietnam’s visit was to diversify Japan’s supply chain, just like India, and Australia, in order to establish parallel trading ties with other countries and reduce its dependence on China. The recent pandemic lockdown, which led to cutting supplies form China, made the nations realise the need for establishing alternative channels.