Home » Why are protests spreading across Poland against its new Abortion Law
By    Freelance Writer      October 24, 2020 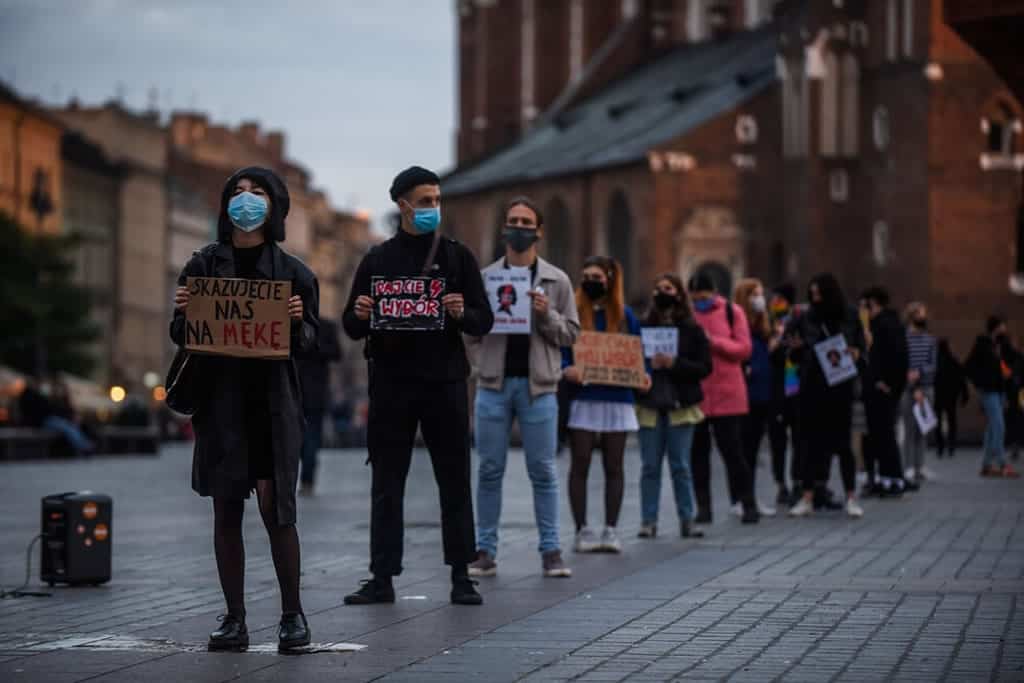 Why are protests spreading across Poland against its new Abortion Law

A Thursday court ruling in Poland has banned all the abortions in the European country, excluding those associated with maternal health risk, rape or incest. This has given rise to new massive wave of protests in Poland as thousands of women have come down on streets across the country demonstrating against the law. The country records 98% of legal terminations due to foetal malformations. This too is banned under Portland’s new abortion law.

Throughout Europe, Portland infamously has the strictest abortion law. And now the newly amended law has just made the picture uglier and inhumane for women in the country.

In the European country, legal terminations number little less than 2000 each year. However, women rights groups estimate that this number is far more with over 200,000 abortions performed either illegally or outside the country.

Friday was the second night of protests in Poland after the law was passed on Thursday, even though the government has banned gatherings of more than 10 people due to coronavirus spread. Main cities of protests included Warsaw, Poznan, Krakow and Wroclaw. Friday saw large protests on streets with signs reading “You have blood on your hands” and “This is War.”

“It’s a disgrace from the Polish state towards half of the population, women. We’ll never forget it,” said Krystyna Kacpura, Head of the Federation for Women and Family Planning.

Polish legislation said in its new ruling on the abortion law that termination of malformed foetus was incompatible with the constitution and is thus banned under the new law. The ruling has been hailed and supported by Polish presidency, and Archbishop Stanislaw Gadecki, the head of the Polish Episcopal Conference.

The ruling is being criticized largely within and outside the country by human rights groups and women activists.

Poland, largely a strict Roman Catholic European country, shows through opinion polls that majority of people oppose the abortion law which is blocking all the women rights at large. “It is a sad day for women’s rights”, said Dunja Mijatovic, the Council of Europe’s Commissioner for Human Rights.

“Throwing the topic of abortion and a ruling by a pseudo-court into the middle of a raging pandemic is more than cynical,” tweeted former Polish Prime Minister Donald Tusk. Tusk now leads centre-right European People’s Party.

2020 is seeing new lows and Poland’s new abortion law is another blow to the human rights that women are being devoid of. The question worth asking is that why women are being snatched away their right to make decision about their own body. Maybe worth pondering!