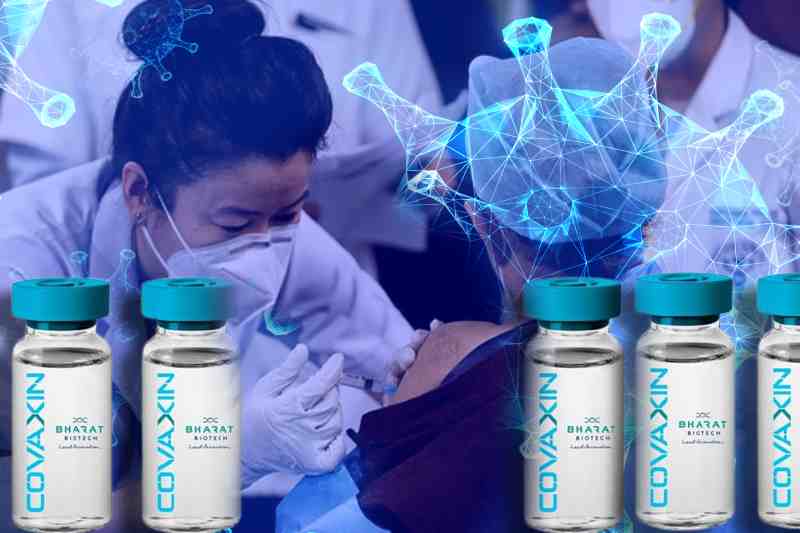 Bharat Biotech has warned against severe side effects of their Covaxin, especially for those who are immuno compromised or are taking medication that can effect their immune system.

Those being administered the vaccine should also disclose any underlying allergies and ailments to their officer in-charge, the pharmaceutical company has warned.

As the vaccine received emergency approval after a battery of trials, it is now admitting that the vaccine actually might not be affective but prove fatal for some.

As the corona virus develops ability to mutate and effect the human being, while its vaccine is effective on this new strain, it might not be able to stabilize side effects in certain kinds of patients. This will definitely include those with severe allergies or immune compromised medical conditions.

Additionally, patients on blood thinners ,undergoing pregnancy or even running a mild fever due to other underlying infections should avoid taking the Covid-19 vaccine.

The vaccine could create severe allergic reactions but this should be seen as a rare occurrence, according to an official statement issued by the Bharat Biotech spokesperson.

Side effects could include difficulty in breathing, swelling on the face and throat, fastened heartbeat, body rashes, dizziness and weakness. While most inoculations do show certain level of side effects, doctors are not sure if the vaccine might react differently with certain individuals.

It is a known fact that the development of a vaccine does take many hits and trials, before it can reach a balanced level where it can cover a huge population. The measles vaccine went through such a process of evolution. But what is also creating a problem is the various variants of the vaccine that is now starting to do rounds worldwide.

India is depending on its home grown vaccine. Those administered the Covaxin are going to be monitored for a period of three months after being  administered the second dose, post which patients can seek medical help in case there are any adverse reactions  to the vaccination. This has been confirmed by Bharat Biotech.