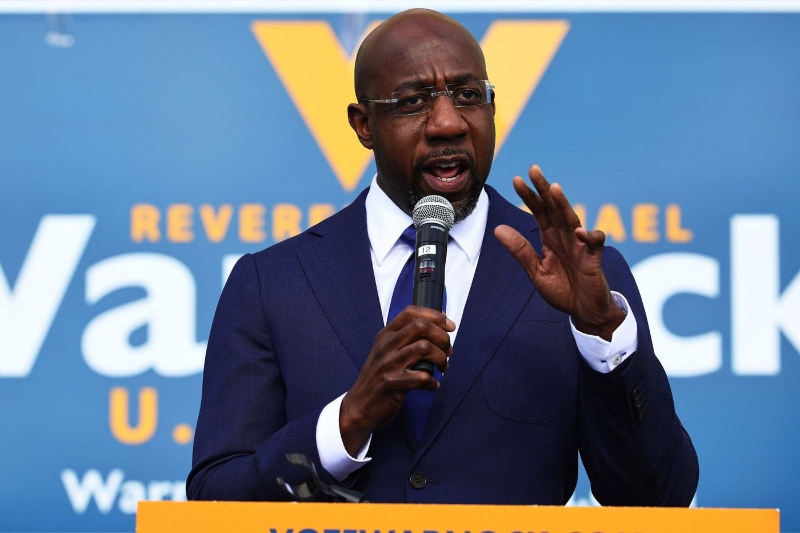 “Tonight, we demonstrated that with trust, hard work, and the citizens on our side, anything is possible,” Warnock told supporters in an online speech.

On Wednesday, Warnock, who is a 51 years old pastor at the Ebenezer Baptist Church in Atlanta declared a historic victory. He becomes the state’s first Black senator by defeating Republican Kelly Loeffler.

As a pastor, he has worked for 15 years leading the Atlanta church where Martin Luther King Jr. also preached.

According to the AP, the focus presently shifts to the second election among Perdue and Democrat Jon Ossoff. The candidates have secured a tight competition and it was too soon to announce a winner. Under Georgia law, the trailing candidate could request a recount of votes if the margin of an election is fewer than or equal to 0.5 % points.

However, if Ossoff wins, the Democrats will have full control over Congress, reinforcing President-elect Joe Biden as he plans to take office on 20th Jan.

The two parties had invested a huge amount in Georgia in a quest for Senate. On Monday, Biden had campaigned in the state in support of Warnock and Ossoff.

“There were speculations that we won’t win this race, yet tonight we demonstrated that with hope, hard work, and the people’s support, the sky is the limit,” Warnock stated.

Warnock said that he was honored by the confidence that the people of Georgia had shown in him and promised to work for the entirety of Georgia as a Senator, irrespective of who cast their ballot in favor of in this election race.” 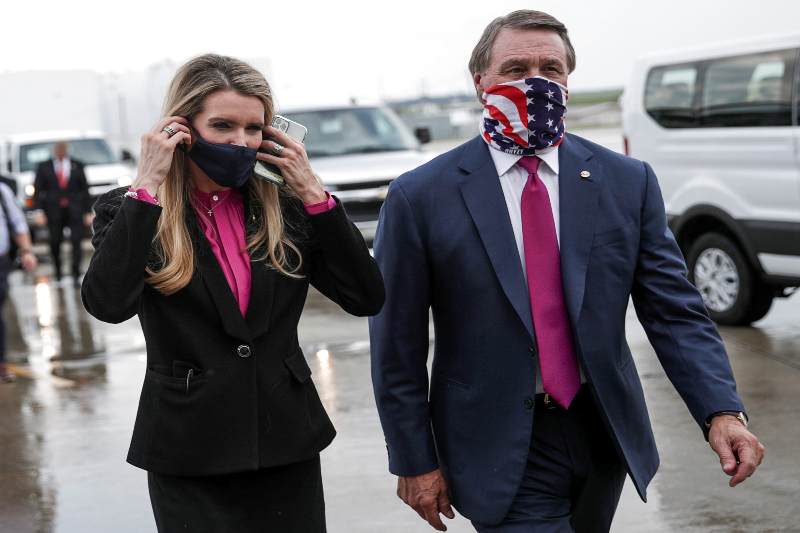 Georgia Senate runoff: As the stakes go higher, so does the election campaign fund. Democrats doesn’t seem to be in mood for leaving any stone unturned with respect to the ongoing race for two Senate seats for Georgia. Two of the Democrat candidates who jumped in the election race, due on January 5, included Jon Ossoff, who is competing against Republican Senator David Perdue, and Raphael Warnock, who is taking on Senator Kelly Loeffler.

According to their campaign finance report, both the Democrats raised over $100 million in two months time. The report revealed that Ossoff raised $106 million between October 15 and December 16, while Warnock wasn’t war behind with $103 million. Whereas for Republicans the figures have been on a lower side as Perdue took in about $68 million over the same time period, and Loeffler reported a little under $64 million.

It is imperative for Democrats to win both the seats, as these two seats would determine which party gained a greater influence in Senate. In case both of GOP’s senators win, or even if one of the Republicans win, they would gain majority in Senate, whereas Democrats would need both the seats to hit the 50-50 mark. In latter scenario, Vice President-elect Kamala Harris would gain the power to deliver tie-breaking votes.

Whereas Ossoff campaign expressed satisfaction with the recent voter turnout. Last time Ossoff, despite running a formidable campaign couldn’t convince people enough to vote for him and failed to ask Republicans the tough questions related to key issues including health care. Three years down the line, he is back in the ring and this time putting against Republican Senator David Perdue.

The 33-year old Democrat candidate, if elected, would become the Senate’s youngest member. He said that he has worked a little harder this time on his attacks and defences and gained confidence in communicating with voters as compared to the last time. In an interview Ossoff said in an interview “The lesson that I learned is about the power of ordinary people, well organized and passionately committed to making change, to build power. And the infrastructure that we built in that campaign has been of lasting value.”

Millions of dollars riding over the election has been used for extensive advertising and door-to-door campaigning to win the seats. Senate election for Georgia are not only important for all the four candidates but also both the parties as it would define who controls the Senate.

Interestingly the fundraising figures doesn’t always convert into victory as in November Democrat Jaime Harrison raised the record-figure of $57 million in one quarter in his bid to beat US Senator Lindsey Graham in South Carolina. But Harrison lost that race.