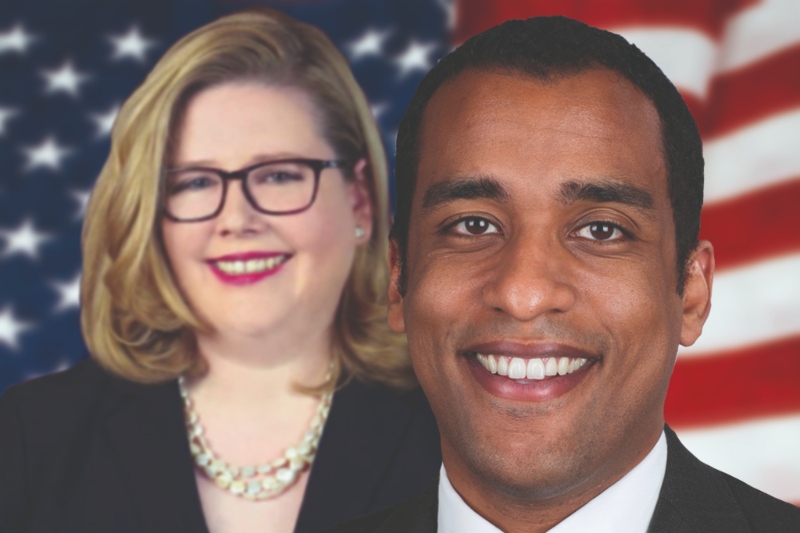 GSA acknowledges Biden’s win: Two weeks after the election results, President Donald Trump has finally agreed to commence the formal transition of presidency after GSA (General Services Administration) acknowledges victory of Joe Biden. However, Trump hasn’t conceded the elections results as he vows to continue his contesting of election results. The series of events came after state of Michigan too certified President-elect Joe Biden a winner officially, posing a massive blow to last of Trump camp’s hopes.

The GSA has informed President-elect that Trump administration is ready to officially commence the formal transition, in a letter sent on Monday afternoon by administrator Emily Murphy. This marks the first step of Trump and his administration acknowledging Biden’s victory. Murphy, who was appointed by Trump, had been under spotlight for not moving forward with the formal acknowledging of Biden’s victory in the November elections leading to a state of confusion and fear of unknown in the country.

In the letter addressed to President-elect Joe Biden Murphy said that she had not been under pressure by White House to delay the transition and that her decision wasn’t based “out of fear or favoritism”. The letter by GSA Administrator formally signs off Biden’s victory as America’s 46th President, a process called ascertainment. This letter will now permit to officially begin the current administration’s co-ordination with the incoming team. This will also sign off millions of funds for transition to the incoming administration.

The letter read, “Please know that I came to my decision independently, based on the law and available facts. I was never directly or indirectly pressured by any Executive Branch official, including those who work at the White House or GSA, with regard to the substance or timing of my decision. To be clear, I did not receive any direction to delay my determination.”

After GSA’s announcement, Pentagon too assured of providing “support to the Biden team in a professional, orderly, and efficient manner that is befitting of the public’s expectation of the Department and our commitment to national security.”

President-elect Joe Biden’s team has welcomed the democratic step to begin transition process of presidency. Mr. Biden is set to be sworn as President on January 20.

Statement released by the Biden camp said, “Today’s decision is a needed step to begin tackling the challenges facing our nation, including getting the pandemic under control and our economy back on track.”

Biden’s transition website too has now been changed to a US government dominion.

The key members of Biden’s inner circle whose names were announced on Monday include John Kerry, former US Secretary of State, as the Climate envoy. Climate change fight was one of the key agenda of Joe Biden during elections as he plans to bring major reforms to help fight the global fight.

Biden’s long-time aide, Antony Blinken has been announced as the Secretary of State. Janet Yellen, former Federal Reserve chair, is going to be the treasure secretary according to sources. Formal announcement of other key posts will be done on Tuesday.

What did President Trump say?

After GSA, the federal group that has been assigned to mark official beginning of presidential transitions, formally informed Biden camp of starting transition process, Trump wrote on his trusted communication mode, Twitter. He said, “In the best interest of our country, I am recommending that Emily and her team do what needs to be done with regard to initial protocols, and have told my team to do the same.”

It must however be noted that Mr. Trump has still not conceded the elections. He, in fact, continued his old chime saying that he would continue to fight the election result.

The latest state to officially certify Joe Biden’s victory is Michigan. Post this GSA announcement was made. With this Trump’s choices to tilt the result have become slimmer, even as more lawsuits filed by Trump camp have been dismissed. Georgia had certified Biden’s victory by a narrow margin on Friday. Pennsylvania too is on the verge of certifying the election results.

The series of events are a clear indication of Rudy Giuliani led Trump’s conspiracy loaded lawsuits, to thwart democratic election process in the country, are by-gones now and might soon meet their end.