Home » Biden moves in with his Presidency while bracing for a contentious transition as Trump pushes legal battle against election result
By    Freelance Writer      November 10, 2020 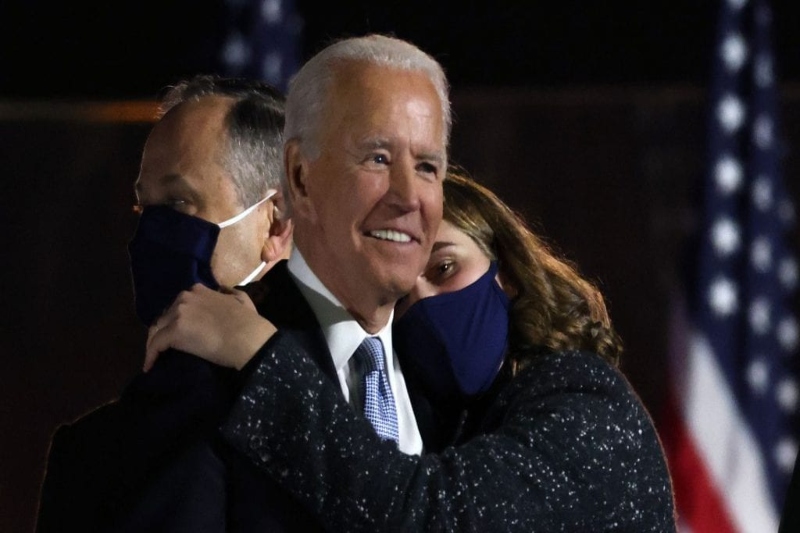 Biden moves in with his Presidency: On Monday President-Elect Joe Biden and Vice President-elect Kamala Harris moved in with the administration’s first major office order by appointing a Covid-19 Advisory Board. The board is being led by public health officials and would include doctors and government officials. The advisory board is co-chaired by Dr. David Kessler, former FDA Commissioner, Former Surgeon General Dr. Vivek Murthy and Yale associate professor of Medicine & Epidemiology Dr. Marcella Nunez-Smith. Other board members include Trump administration whistleblower Rick Bright and Obamacare architect Dr. Zeke Emanuel.

But the road ahead isn’t easy. Reality is setting in among the Biden-Harris camp that power transition won’t be easy leading up to the inauguration on January 20. Biden has reportedly told his allies to give some more time to Trump and his camp to come in terms with the election result. But it doesn’t look like Trump in any case has plans to concede.

Trump is showing full-blown that the transition of power would be as big a nightmare as was his presidency. The big question is how much more destruction and chaos will he wreak in 71 days before the formal transition of Joe Biden into the White House.

Trump didn’t waste any time to hamper the federal organisations’ framework and sacking the officials who have failed to show their loyalty towards him. He fired Defense Secretary Mark Esper over their differences. Fears are that next on Trump’s target are CIA Director Gina Haspel and FBI Director Christopher Wray. Trump isn’t shying away to render chaos in Washington DC over his political motives. Transition is important for smooth functioning of the country, more so due to the ongoing pandemic. But Trump doesn’t want to concede, even when his inner circle including his wife First Lady Melania Trump and his chief advisor Jared Kushner, also his son-in-law, have advised him to peacefully concede the elections and maintain the sanctity of the office.

Former elections have always seen gracious conceding speeches for the sake of America. But President Trump has consistently, over the past four years, shown that his agendas are his priority over the nation. Trump’s campaign has, since the vote counting commenced, alleged a conspiracy against him and rigged voting, questioning the democratic elections and transparent system.

President-elect Joe Biden has moved ahead with his presidency and has taken the required steps towards fighting Coronavirus pandemic. The office has released plans to states regarding “national mask mandate” and implementing it. President-elect Joe Biden has urged Americans to “follow the science” and “turn this pandemic around”. In a TV address, he said to fellow Americans “I implore you, wear a mask.”

The road ahead for Biden-Harris camp is not easy with Trump administration ready to present every possible roadblock in the most non- constitutional and undemocratic way. But President-elect Biden is ready to take the fight head-on. Next 71 days will be full of drama and chaos, with only America at the receiving end.