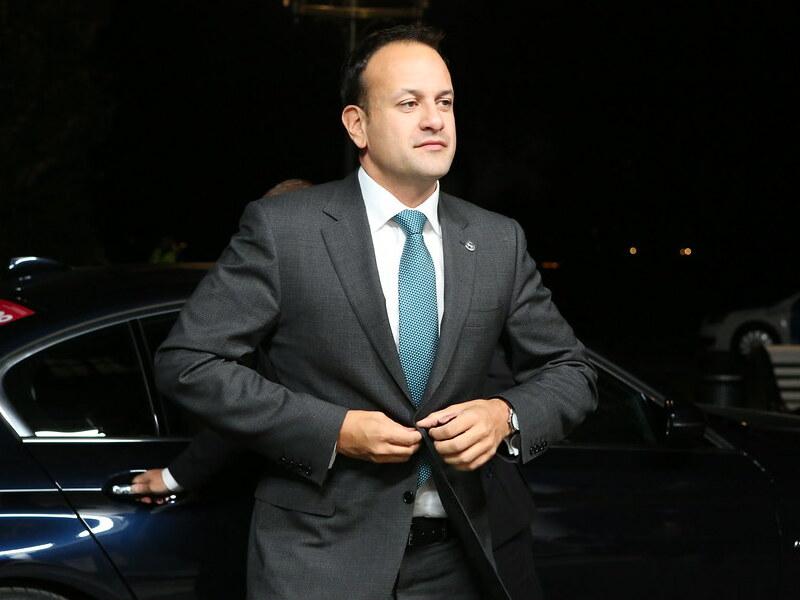 The Irish prime minister, Leo Varadkar, and the European Union’s chief Brexit negotiator, Michel Barnier, warned UK of tough challenges ahead of the Brexit negotiations. Both the leaders, who held a meet in Dublin on Monday, spoke at a joint press conference that EU’s key agenda ahead of the ‘very challenging’ talks with Britain would be to protect the interests of its member nations.

As per the Withdrawal agreement, EU-UK trade deal needs to be concluded by the end of this year.

“We’ll say goodbye to an old friend embarking on an adventure,” said Varadkar. “We hope it works out for them. But if it does not, there will always be a seat kept for them at the table.”

Barnier warned of economic disruption, in case negotiators failed to finalise a deal. He said, “If we have no agreement, it will not be business as usual and the status quo, we have to face the risk of a cliff edge, in particular for trade.”

Barnier added, “Brexit really showed, we are all part of a family. Brexit will not go away. We have important work ahead of us.”

He hinted that the 27-nation bloc would closely monitor the crossing of goods between the UK and Northern Ireland (part of EU).

EU leaders’ warning of tough negotiations came as Downing Street started the preparation to celebrate the UK’s departure from the bloc on Friday.

Varadkar, who is campaigning ahead of a general election in Ireland on Feb. 8, told the reporters that Ireland would hold a friendly attitude UK, though it would remain part of “team EU”.

In a recent interview with BBC, the taoiseach warned UK prime minister Boris Johnson that shifting away from Brussels standards would make it “a lot harder” for UK to strike a benefitting deal with EU. Varadkar drew an analogy of the disparity in negotiating power by saying, “The reality of the situation is that the European Union is a union of 27 member states, the UK is only one country. And we have a population and a market of 450 million people. The UK, it’s about 60 million. So if these were two teams up against each other playing football, who do you think has the stronger team? So long as we’re united.”

Irish prime minister added that reaching a trade deal before the end of this year is nearly impossible, and suggested his British counterpart to seek extension to the transition period, which ends on December 2020.

Johnson declined Varadkar’s suggestion, saying, “I have to say this is one of those rare occasions where I’m going to be obliged to respectfully disagree with my friend the taoiseach and just say I think we can wrap all this up in the time we’ve got. “We’ve got till, as you know, the end of the year and we will be doing things very fast, [in a] very friendly and respectful way, and in a way also, I think it’s important to stress, that really ensures we look after the interests of the Republic of Ireland as well.”