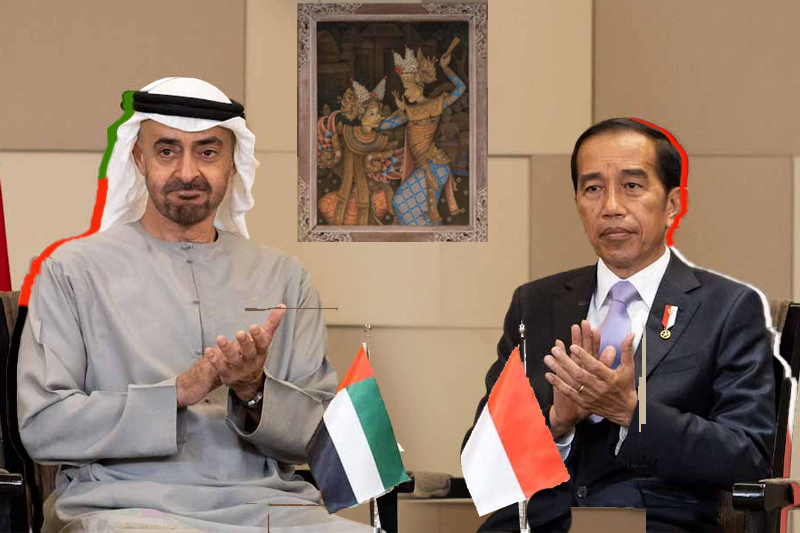 President of United Arab Emirates His Highness Sheikh Mohamed bin Zayed Al Nahyan and President of Indonesia Joko Widodo have witnessed the announcement of multiple Memoranda of Understanding (MoUs) and agreements with prime goal of strengthening the cooperation between the two friendly countries in the fields of economy, environment, climate action and technological cooperation.

The agreements between UAE and Indonesia have been announced at the Bali Nusa Dua Convention Centre in Bali. The agreements include an MoU on the crucial partnership between the two friendly nations in field of climate action towards the preparation for next year’s UN Climate Summit, COP28.

Along with this, many other MoUs were signed with focus on cooperation between UAE and Republic of Indonesia in the areas of the environment and climate change, infrastructure development and artificial intelligence (AI). Other MoUs signed covered sectors of cybersecurity, mutual recognition of economic accreditations, as well as a grant agreement that will fund a tuberculosis control programme in Indonesia.

The agreements included an MoU between the Abu Dhabi National Oil Company (ADNOC) and Kilang Pertamina Internasional on cooperating in the petrochemical sector; an MoU between Borouge and Chandra Asri Petrochemical on the circular economy and the development of new applications; a joint development agreement between Inalum and Emirates Global Aluminium (EGA); and an agreement between the Abu Dhabi Future Energy Company (Masdar) and Pertamina Power Indonesia on developing a solar power plant in the Rokan Block, as reported by the state news agency WAM.