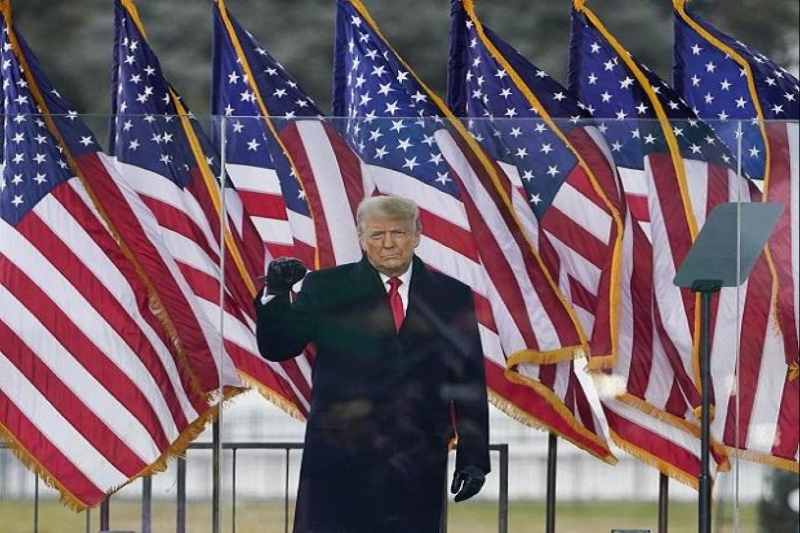 Biden’s victory: After the assault on Congress by Donald Trump’s supporters that the elections were rigged, the US House and Senate rejected all appeals and certified Joe Bide’s election to the White House. President Donald Trump: “I disagree, but there will be an orderly transition.” The White House released a statement, affirming that it the greatest presidential term’s end in history.  “But it is only the beginning of our struggle to make America great again. I have always said that. We will continue our struggle to ensure that only legal votes count,” Donald Trump added.

The number of deaths during the riots and the assault on Congress rises to four. The police confirmed have found explosive devices in front of the headquarters of both the Democratic National Convention (DNC) and the Republican National Convention (RNC). A vehicle was also spotted near Congress with a rifle and Molotov cocktails. While Washington declared a state of emergency until January 21, rumors continue to circulate increasingly insistent in the White House of an immediate removal of Donald Trump’s hypothesis.

Opening the session to certify Joe Biden’s victory, Mike Pence condemned the onslaught of Donald Trump supporters. “You didn’t win, violence never wins,” he said. “They tried to destroy our democracy, but they failed.” Mitch McConnell, the leader of the Republicans in the Senate, stated, speaking of a false insurrection. An armed rebellion which, however, will not prevent the Senate from doing its job. “The United States will not be intimidated,” he continued, ensuring that he will not bow to lawlessness.

The Washington Post demands that the responsibility for this act of insurrection rest with the president, who has shown himself to be a threat to democracy: “He caused the assault on Congress. He must be removed.” Trump “is not fit to hold office for the next 14 days. Every second he maintains the vast powers of the presidency is a threat to public order and national security,” adds the editorial board of the Washington Post. “Trump is a threat, and as long as he remains in the White House, the country will be in danger,” notes the Washington Post.

The idea of ​​invoking the 25th amendment to remove Donald Trump is strengthening in the president’s cabinet. Several reports affirm that the option is under discussion within the White House but not aired to Vice President Mike Pence. The 25 / o amendment of the Constitution provides that the vice-president takes power in the event the president dies, resigns, or is removed from office. Unlike impeachment, therefore, it allows you to remove the president without having to raise charges. So much that Donald Trump national security adviser Robert O’Brien and his deputy Matt Pottinger are also considering resigning after the violence in Congress.

Powerful Republican Senator Lindsey Graham also turns his back on Donald Trump, of whom he has been a close ally. “Trump and I have had a great trip. I’m sorry it ends this way, but today all I can say is don’t count on me. When it’s too much is too much. I’ve tried to be useful,” he said in the Senate, affirming that Joe Biden and Kamala Harris “have been legally elected and will become president and vice president.”