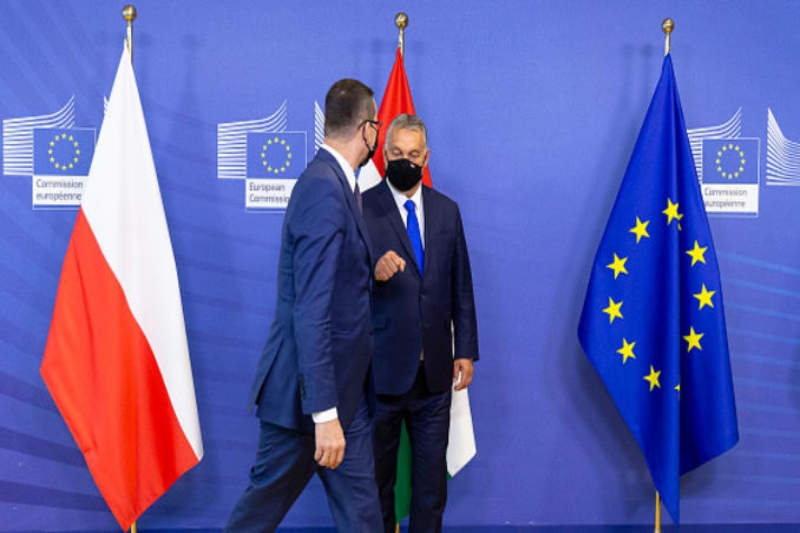 EU Bloc Delays Fund: The big budget fight has got out of hands as EU leaders find it difficult to solve the fistfight between the bloc and two nations in particular. This includes Hungary and Poland that are refusing to give a go ahead to the funding support that EU bloc is trying to pump into the European Union, as a post-pandemic recovery effort.

A 1.8 trillion-euro ($2.1 trillion) budget and recovery package is at stake.  The European Council President, Charles Michel is now waiting for a solution to come by, by the next summit meeting that falls now in December.

The virtual session ended quickly without any results coming through. Mr. Michel believes in magic as he concluded by saying that, “The European Union’s magic is its ability to find solutions even when one believes it’s impossible.” Right now, there seems to be a stalemate and no solution in sight.  The best one at solving problems has been Germany, and Berlin has not come up with any solutions either.

According to new rules set down by the bloc, the bloc could prevent extending funds to those countries that do not follow the democratic norms set down by the bloc. These points have vehemently been opposed by Hungary and Poland. Up and arms against this development the nations are being backed by Slovenian PM Janez Jansa and feel that the ‘rule-of-law’ mechanism could be used against them as a ‘ideological weapon’ to punish them.

In Poland, a resolution has been already passed to veto the financial aid and the new rules that come with it. But this is simply looking like tactic to delay the much needed financial impetus. In France, the European affairs minister Clement Beaune has warned that the EU bloc will have to decide quickly. They might also have to move ahead leaving Hungry and Poland on the wayside.

General consensus is that the rest of the countries could move ahead and when Poland and Hungry fulfill the criteria, they can join in. But if the countries don’t decide anything soon, they might have to depend on their own funds and be tight strapped after all.