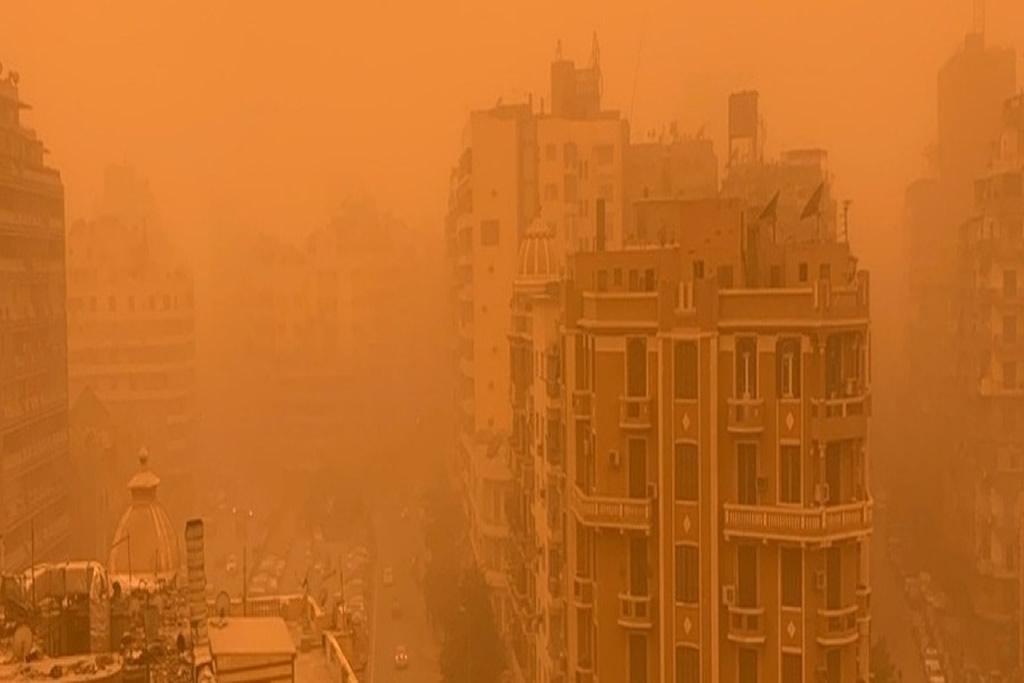 On Monday, Egypt was hit by a sandstorm that came with up to 65 kph whistling winds, covered the sky with dust adding to the burdens of a nation which is currently battling with coronavirus and aftermath of an awful rainstorm earlier this month.

According to the meteorology department, Monday’s sandstorm raised the temperatures to unseasonable highs of up to 30°C, and due to poor visibility in many places, commuters were warned to drive safely.

Even though dust storms are common during springtime in Egypt, however, the current one came while the nation just confronted its most massive rainstorm in many years.

The rainstorm filled the roads with overwhelmed water, which affected houses, internet connectivity, power, and disrupted telephones. The legislature has put aside millions of pounds to help rebuilt homes and fix damages to properties.

President Abdel Fattah El Sisi stated, “We are a 100 million and must act with extreme seriousness, attention, and sharpness so we, God willing, can securely come out of this,” The National revealed.

According to reports, in Egypt, coronavirus infected 327 people and killed 14, and 33 new cases have been reported recently. The President cautioned that the inability to follow new guidelines constraining social distancing and to avoid potential risk against the virus would surely help contain the spreading of the disease. The residents are strictly urged not to do panic shopping as it will lead to food and medicine shortage during these trying times.

The Egyptian government took significant steps by suspending universities and schools, air travel, and public events. One hundred billion pounds of finance has been endorsed to fight coronavirus. In the financial front, the package included suspension on stock market transactions and financial aid to troubled exporters. Loan costs were cut by 3% to boost investments, The National reported.