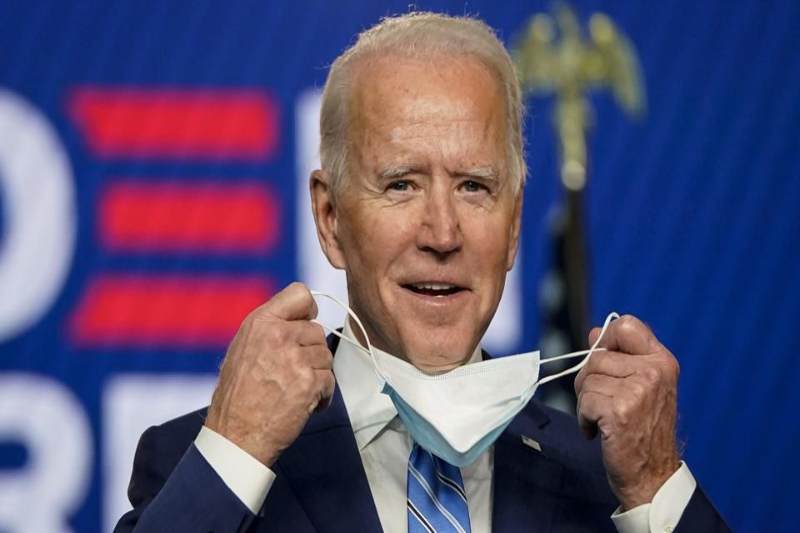 USA -Venezuela: Venezuelan opposition leaders and the governments supporting them have just seen their strategy to remove President Nicolas Maduro’s tyrannic regime culminating in a failure. On Sunday, in farcical elections for a new term, Maduro supporters took control of the opposition’s last remaining bastion, the National Assembly. But on the other hand, opposition leaders have been denouncing for months how the Venezuelan leader was obstructing the main opposition parties in all ways, both lawful and unlawful, by completely emptying the very meaning of the elections. That not surprisingly had a record of abstention. The parliament served as a spearhead for a coordinated international campaign to remove Maduro, promoted by the Trump administration and supported by European and Latin American democracies, seen in the president of assembly Juan Guadiò. Their champion to restore a modicum of democracy in Venezuela.

That plan, launched two years ago, sought to capitalize on the opposition’s hold on the National Assembly Opposition politicians had won the overwhelming majority during the last legislative elections, in 2015. That proved to be Venezuela’s latest credible polls. Although the regime later stripped the National Assembly of all its powers, the opposition still enjoyed the legitimacy of a duly elected government institution, albeit apparently without practical authority, and found a way to leverage it.

Maduro continued to dominate even though almost all Western countries disowned him as interlocutor and chosen the Legislative Assembly leader, Juan Guaido, as the legitimate president. After Maduro proclaimed himself the winner of a fraudulent election in 2018, the National Assembly declared the presidency vacant. And following the constitutional guidelines, appointed the head of the legislature, Juan Guaido, the legitimate interim president until fair elections.

Fifty countries soon recognized Guaido as the legitimate head of state of Venezuela. The United States waged a new “maximum pressure” campaign against the regime, including tightening sanctions, but a planned military uprising to oust Maduro did not materialize. Once again, the military power of a South American country remained faithful to the pre-established order. Perhaps because of not having too much faith in the new leader. Also, because of the direct involvement of the US. That is why the opposition forces, despite the words of circumstance, were hoping for a reappointment of Trump. It is not a mystery that Maduro was rooting for a victory for the Democrat Biden.

Trump has been a strong ally of the opposition to the Venezuelan leader. He has shown that he is determined not to back down on demand to kick Maduro out of power. Venezuelan state oil company PDVSA – the country’s economic lifeline – was also hit by US sanctions, increasing the number of Venezuelan people suffering. Biden expressed his desire to resume diplomacy with OPEC members Venezuela and Iran. That could lead to the return of their oil exports if certain conditions occur, according to Reuters.

“We are not trying to dismantle the sanctioning policy, but to enforce sanctions intelligently, aided by a multilateral effort and with specific objectives to achieve mainly free, fair, and credible elections.” Leopoldo Martinez, Biden’s campaign strategist, told Reuters in late November. The strategy managed to strengthen President Donald Trump’s good faith among large segments of Latin voters in the United States, a significant contributor to Trump’s comfortable election victory in Florida in November. It also helped galvanize support for the Venezuelan opposition among European democracies. But in its most important goal, carving a path towards a return to democracy, the strategy has made no progress.

For Juan S. Gonzalez, former US Deputy Secretary of State and former Special Advisor to Vice President Joe Biden, the elected president will stand with the Venezuelan people and democracy. In organizing a cohesive international response to the humanitarian crisis, targeting regime supporters involved in corruption and human rights violations wherever they go. Recovering assets stolen by the Venezuelan people, driving international pressure for free and fair elections. “Joe Biden is someone who advocates the use of multilateral sanctions to force the Maduro regime to restore democratic freedoms in Venezuela.” Juan S. Gonzalez said.

But for many Americans, this plan won’t work. “Yet, none of these outcomes will be achieved if Biden simply lifts economic sanctions,” Ryan Berg and José I. Hernández write today on CNN. They suggest to develop a “different sanctions strategy”: supporting effective humanitarian exemptions and using US diplomatic means to stop Maduro’s rapaciousness. That would strengthen the possibility of a democratic endgame over a bold diplomatic strategy, a better collection of options to discuss the complicated change to democracy in the South American country. The nature of Venezuela’s emergency needs US resolution and thinking outside the box. 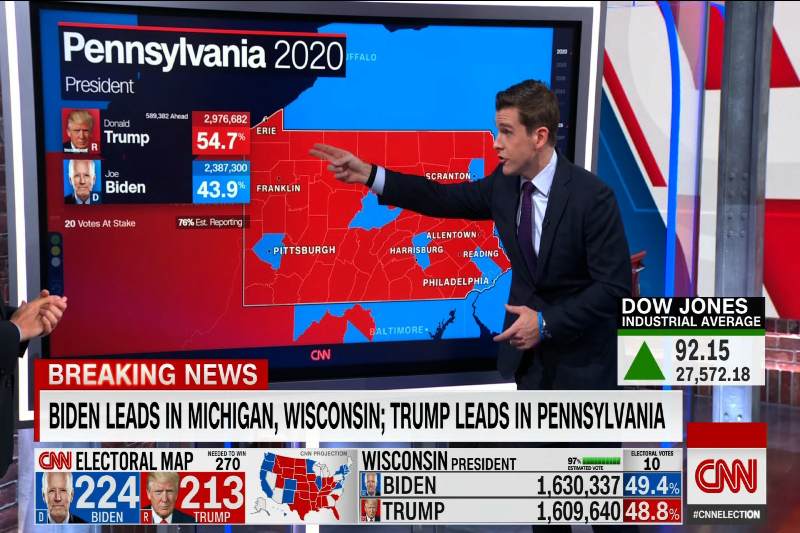 And Arizona is the surprise of the last few hours: the state worth 11 great voters was initially assigned to Biden, passed to Trump after the recount. The US presidential election is still in the balance. Democratic candidate Joe Biden seemed to have reached the quota of 270 electors necessary to set foot in the White House and would do so with the record of votes never obtained by an American president. But there have been key-US where the votes are still counted and that they will decide the game.

After Trump won Pennsylvania, which is worth 20 major voters, he got the 270 electoral votes he needs to reconfirm himself as president of the United States of America. With votes by mail, Trump went from a margin of over 600,000 votes to around 164,000 votes. The uncounted ballots are still about 500,000, but they are almost all from Philadelphia and Allegheny County, where Biden should have a huge advantage that he could make it. In Philadelphia County, Biden leads with 79% of the votes counted in his favor. The recount in Arizona, Nevada, or Georgia, also awarded to President Trump, is calling everything into question. Although the media always lined up against The Donald, are still give Biden as the winner, ignoring a different reality. 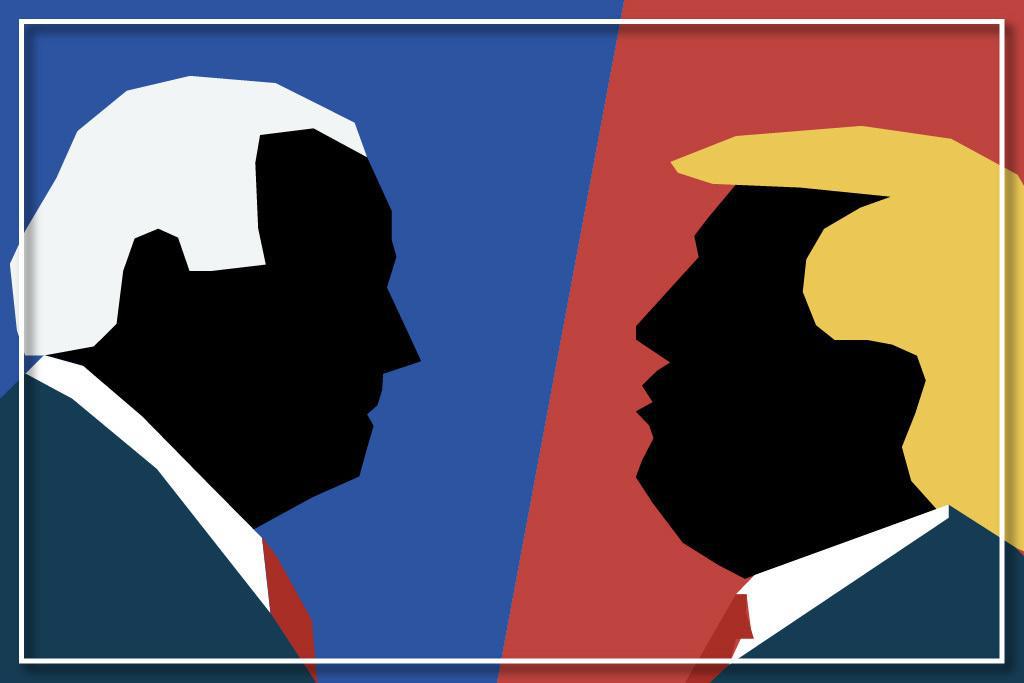 Biden in best position for any U.S. Presidential candidate, Will he be able to leverage it?

United States is gearing up for 2020 Presidential elections amid the mist of coronavirus pandemic and fire of latest civic unrest across the nation following death of George Floyd in police custody sparking anger against the black Americans violence.

Latest polls conducted by ABC News and Washington Post show the clear lead of former Vice President Joe Biden against President Donald Trump. The polls indicate Biden ahead by a 53% to 43% margin keeping the registered voters into account.

The polls are a clear indication of how Joe Biden is in the best position for any Presidential contender, ever since the electronic polling began in 1930s.

In more than 40 polls done in May, each one of them showcased Biden leading ahead of Trump. This makes him the first challenger since Jimmy Carter in 1976 to lead in every poll in May.

Also, Biden has been leading in average in every single poll for any month. His average has never dipped below 4 points. This puts Biden in strongest position for any Presidential challenger.

The most impressive point is the consistency of Biden’s lead, the latest ABC news/ Washington post polls being the latest examples. In May, Joe Biden rose up by 6 points in polls on an average.

The fundamental result of each of these polls is indicative of one thing – unpopularity of President Donald Trump. He is clearly not a favorite. The approval-disapproval rating of Trump in ABC news/ Washington Post polls was -8 points. His average is -10 points. In fact, in the past three years of his Presidentship, Donald Trump has never had a positive approval rating.

The only two other Presidents who had negative approval ratings and they ended up losing the reelection were Jimmy Carter in 1980 and George H.W. Bush in 1992.

This year has been the ultimate test of President of the United States. The COVID-19 pandemic hitting the country and practically sweeping the economy and lives has been troublesome and an ultimate nightmare. And with the latest civil unrest with protesters on streets with slogans of “Black Lives Matter” post a series of violence against Black Americans has been the last bit. When the country is in need of a true leader to dilute the situation and bring calm, the acts of President Trump have only been unsettling. From neglecting the WHO recommendations to fight the pandemic spread and flaunting “non-masked” attire in public, to tweeting controversial statements regarding latest protests, President Trump has failed the litmus test of a true President.

Keeping these scenarios in mind and popularity of former Vice President Joe Biden, it would be no surprise if he emerges as the new President of United States. But next few months are real test as campaigns will pace up. It is to be seen if Biden can continue to dominate the polls and win the electoral elections.