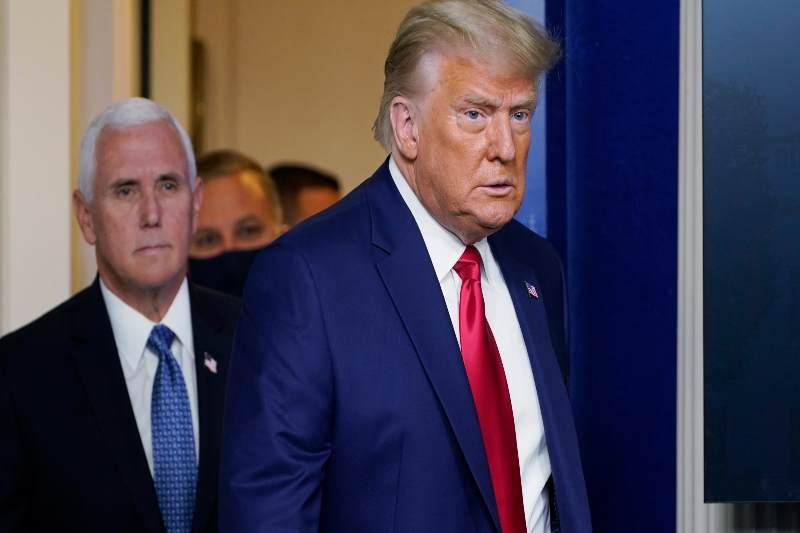 Pardoning Flynn, who is next in line? Can Trump pardon himself?

President Donald Trump has just pardoned his former National Security Advisor, Michael Flynn, through a tweet, and it has instigated a chain reaction of speculations in Washington DC as to who will be or can be next on Trump’s ‘supposed’ long list of pardons before he leaves White House in eight weeks. And there is a huge conjecture whether President could pardon himself? And if he does, will it be well under his Constitutional powers or will it be regarded as a stretch of his powers well suited for impeachment?

Trump’s pardoning of Flynn, NSA appointee by Trump himself and was fired just three weeks after appointment, was convicted of lying to FBI regarding his communication with Russian officials, follows jail sentence commutation of another Trump close ally, Roger Stone.

Trump has been long interested in the President’s power of pardon and dates back to 2017. The keen interest was always associated with questions of pardoning family members, associates and even himself, as told by his close aides. A former official told, “Once he learnt about it, he was obsessed with the power of pardons. I always thought he also liked it because it was a way to do a favour.”

Trump’s interest in pardoning himself explicitly came to view when he tweeted in 2018, “As has been stated by numerous legal scholars, I have the absolute right to PARDON myself, but why would I do that when I have done nothing wrong?”

Though Trump isn’t facing any active criminal investigation, as granted by Constitution that no sitting President can be charged with criminal offence and investigated, the greater question lies that can he actually pardon himself?

Legal experts highlight a rather open-ended clause in constitution regarding President’s rights to pardon. “The president… shall have power to grant reprieves and pardons for offences against the United States, except in cases of impeachment.” This doesn’t set any limits to the power to pardon. There is however one catch, that may come back to haunt President. A Supreme Court ruling that dates back to 1915 says that any pardon carries an automatic accusation of being guilty. This could hamper Trump’s plans to contest the 2024 Presidential elections. Moreover, legal experts also suggest that while there is no substantial exhibit in Constitution that prohibits a President from self-pardoning, a memo written in 1974 by the Office of Legal Counsel states, “Under the fundamental rule that no one may be a judge in his own case, the president cannot pardon himself.” This was written regarding Nixon’s indictment in Watergate scandal.

Though President can pardon his own associates, it would be an abuse of power and might be an impeachable offence. And this definitely holds true if President moves forward with self-pardoning.

The names coming forward that might be pardoned by Trump in coming days include his campaign advisers Rick Gates and George Papadopoulos; Steve Bannon, his former strategist; and Elliott Broidy, a fundraiser. But these are just the suggested names, list is far from over with many names circulating, including Trump family members and associates.