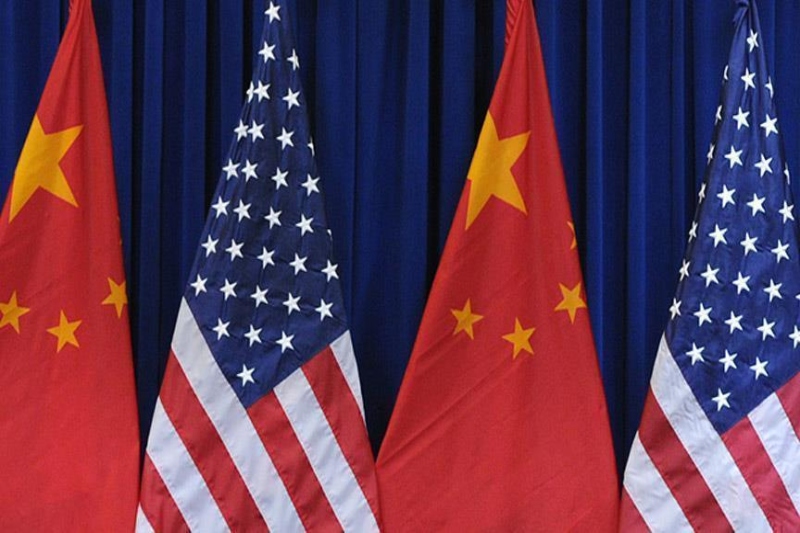 China opposes secret military ties between US and Taiwan, warns of befitting response

China opposes secret military ties: Two inside sources informed Reuters about the recent secret visit of US Naval admiral to Taiwan, which further triggered tensions between China and US. Among the two sources was a Taiwanese official familiar with the matter, who revealed that Rear Admiral Michael Studeman made a quiet unannounced trip to Taipei on Sunday. Studman, the director of J2, oversees US military intelligence in Asia-Pacific region.

When the media approached both the nations about the visit, both declined to comment, where as later Taiwan’s foreign ministry confirmed the visit of the US official but refused to share details about the same. China, which claims its right over the sland nation, expressed anger towards the ongoing hidden dealings and warned to give a befitting reply to the US for its actions. US,which otherwise doesn’t have any formal diplomatic ties with Taiwan, (as most of the nations) has been one of the biggest supporter and supplier of arms to the nation.

China’s Foreign Ministry spokesman Zhao Lijian said China “resolutely opposes” any form of exchanges or military ties between US and Taiwan. He added, “The Chinese side will, according to how the situation develops, make a legitimate and necessary response.”

Taiwan’s Foreign Ministry said that it encouraged expanding ties and making frequent exchanges with the United States and added, “we welcome the visit of the U.S. official.”

“But as this itinerary has not been made public, based on mutual trust between Taiwan and the United States, the Foreign Ministry has no further explanation or comment,” it said.

In response to Taiwan’s global call for solidarity to save its democracy from China, Trump administration stepped forward to come to the aid of South Asian nation. Last month US confirmed that a military deal with Taiwan was underway wherein would be selling $1.8 billion of weapons and defence systems to latter, including its advanced air-to-surface cruise missiles. A week after that announcement, Reuters reported that Washington has been working towards sale of five separate military equipments to Taipei amounting to about $5 billion.

The arms talks between the two nations started in September, when Taiwan raised the call for global coalition against China’s rising military aggression in the region. Two months ago, Taiwanese foreign minister Joseph Wu said that his country was “on the front-line defending democracies from being taken over by the communist China” and was in need of support from other countries. He added China “has been intensifying its military threat against Taiwan” in recent years and had increased military exercises intruding its air and naval space.

US President Donald Trump has been trying build arms agreement with Taiwan, not much for saving its democracy, but to impede its arch enemy, China, from imposing its muscle might in the region. Beijing has been conducting rampant expansive and invasive military drills in the South East China Sea. Taiwanese defence and foreign ministry has welcomed the deal but many analyst criticised US approach of using Taiwan in its battle against China, without showing its true commitment to the South Asia country