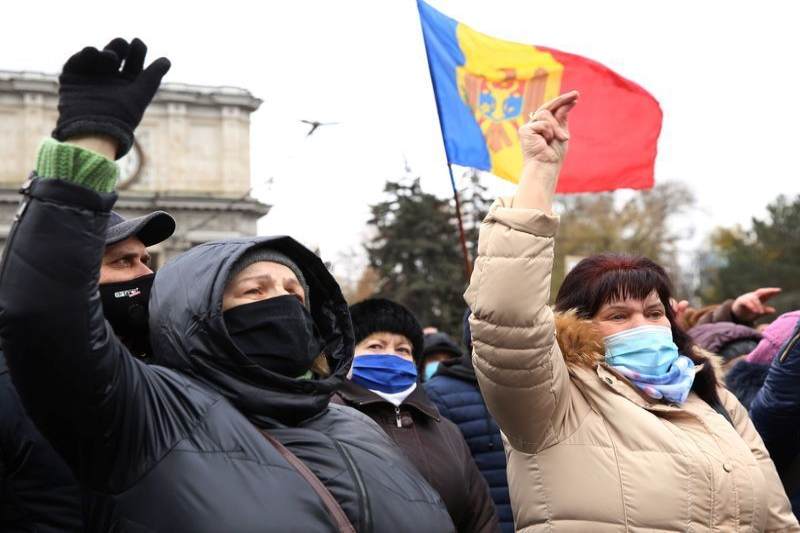 Thousands of protesters rallied outside the national Parliament building in the Moldovan capital, Chișinău, on Sunday to demand government’s resignation and new parliamentary elections.

This development has come in the afternath of the appointment of pro-European president Maia Sandu last month. Sandu, who is scheduled to take office on December 24, defeated pro-Russian incumbent Igor Dodon in a run-off vote.

Earlier this week, the country’s lawmakers led by her predecessor Igor Dodon passed a bill to transfer control of the Moldovan intelligence agency from the President to Parliament. In response, Sandu gathered her supporters to rally against the move.

As per reports, over 5,000 people rallies in protest of the move. During the protests, demonstrators reportedly raised slogans and chants of “Down with Dodon!” and “We will not give in!” They waved Moldovan flags and called for dissolving the parliament.

“We will go to the end until we cleanse the country of corrupt officials,” protesters shouted during Sunday’s rally, as per reports.

They called for dissolution of parliament in protest against the parliament’s decision to strip Sandu of her control of the intelligence service. Speaking to protesters at Sunday’s rally, incoming president Sandu called for the government to resign and organisation of early parliamentary elections.

Protesters also demanded to inaugurate Sandu on December 10. As of now, her inauguration is scheduled to take place after two weeks on December 24.

Sandu and her supporters are alleging that the legislation is aimed at undermining the President’s power. Sandu carried out her election protests with the promise to alleviate corruption in the country.

In his four years in power, Dodon has gained a prestige of pro-Russian leader after receiving strong backing from Moscow. However, a former World Bank economist, Sandu has favoured closer ties with the European Union.

Even as Sandu won the vote, she will have to share power with a government and parliament that is run by lawmakers who are inclined towards Dodon.

One of the poorest European nations, the former Soviet country of 3.5 million people has been divided between European Union and Moscow. Moldova has been on the receiving of major economic crisis in recent years due to instability in government and corruption scandals.