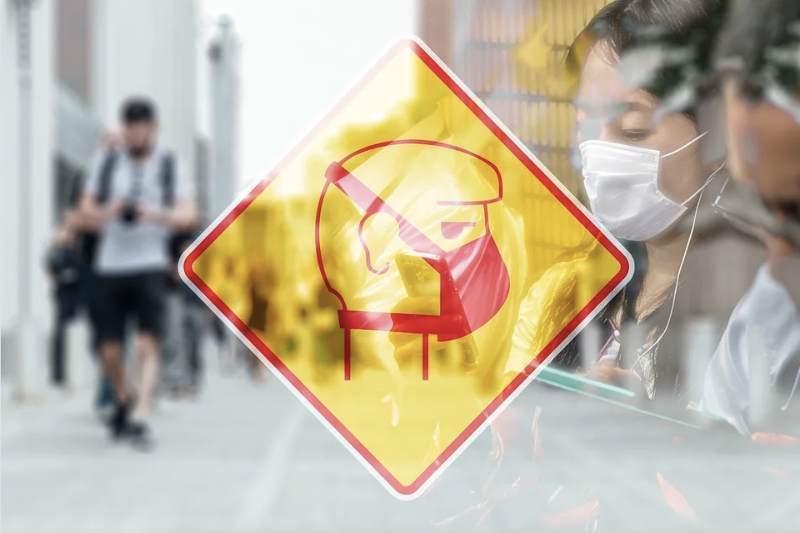 China lied about COVID-19: There seems to be little doubt that China has lied about the numbers of COVID-19. When Wuhan pneumonia infected the West, the data on infections and victims immediately seemed different from those in China. Suffice it to say that today in Europe, in a country like France or Italy, while the emergency is far from over, there are more dead and more infected than the official numbers provided by Beijing. Where it is believed the virus originated. Now, leaked documents finally proved that China’s government underreported the number of the new coronavirus contagions in the early stages of the pandemic.

The CNN obtained, from Chinese health authorities in the Hubei province, several files showing what the president of the United States, Donald Trump, affirmed from the beginning of the pandemic: China hid the “real number” of COVID-19 cases. As for now, the report doesn’t confirm if Chinese officials tried deliberately to conceal the accurate magnitude of the coronavirus outbreak. According to the documents from the Hubei province local authorities on February 10 — when China reported 2,478 new cases — executives clandestinely reported 5,918 new cases, more than double the announced figure. One of the files also exposes that in early March the medium period between a patient presenting COVID-19 symptoms and diagnosis was 23.3 days.

Previously it was Chinese funeral homes that raised doubts about the reliability of the numbers published by the Beijing Ministry of Health. There are seven funeral homes that serve Wuhan, a symbolic city of this pandemic, formed by an urban agglomeration that includes Hankou, Wuchang, and Hanyang. According to data from the Chinese government, in March 2020 – when the infections were peaking in Asia – the coronavirus victims in this metropolitan area were 2,535. But Caixin reported that a funeral home delivered 5,000 urns in a single day to Hankou. And the site of Radio Free Asia, a broadcaster based in Washington, even ventured an estimate: the official dead could be 42 thousand. Terrifying numbers, to be read with caution and with the right degree of fallibility of the calculations.

Radio Free Asia’s estimates immediately seemed exaggerated. However, that the official data released by the Chinese authorities on infections and deaths are false now seems obvious. A report leaked to CNN by a whistleblower who said they work inside the Chinese health system gives a large amount of data for February 10 and March 7, when the plague started to spread worldwide. The papers also expose that the early stages of the pandemic coincided with a notable recorded flu outbreak in Hubei with cases 20 times higher than the previous year. The influenza was first classified in Wuhan in December and in particular in the cities of Yichang and Xianning, according to CNN.

With government bodies following the path of censorship, funeral homes and public hospitals forced not to provide details, it is very complex to venture hypotheses on the numbers of coronavirus in China. The dead in Wuhan may have been 10 thousand, but also 100 thousand. At this moment no one is able to say it anymore. Certainly, during the weeks of hell, in Wuhan people died at home or on the street, as evidenced by many videos posted on social media and escaped from Beijing censorship.

In the famous six days in which the large emergency hospital was built in Wuhan, the existing hospitals could no longer accommodate patients. And death came in the alleys, outside the supermarkets, in the bedrooms. Victims to whom no one has ever swabbed, and who will forever remain out of the official coronavirus death toll. The question that the international community and all of us should ask Beijing today is: how many cases have been “escaped” and how many actually hidden? And then, why? For many, knowing the full extent of COVID-19 from the beginning would have made a difference. But judging by how certain countries are managing the so-called “second wave,” it would not seem like it.