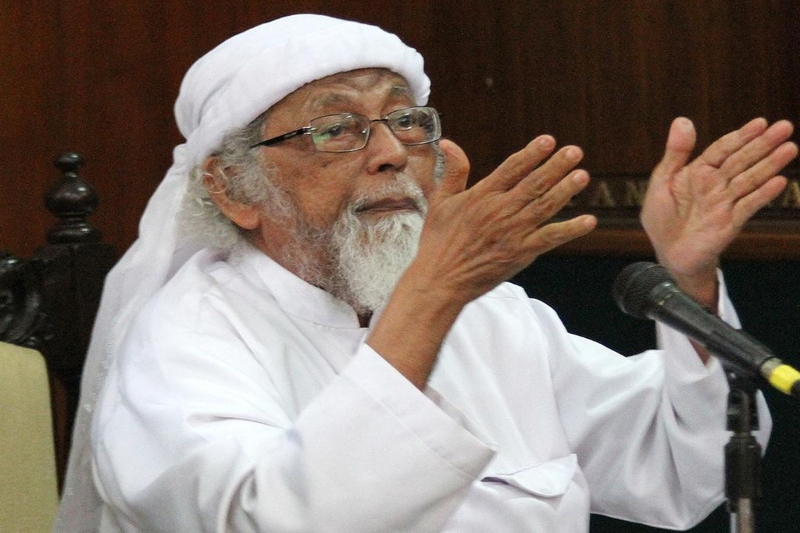 Bali bombings: On Monday, Indonesian government confirmed the release of Abu Bakar Bashir, the radical Islamist who was arrested for his involvement in the deadly Bali bombings. Announcing Bashir’s release after completion his 15-year prison tenure, Rika Aprianti, spokeswoman of the corrections directorate general said in a statement that Bashir would be released on Friday “in accordance with the expiration date and the end of his term.”

The Islamist cleric was known to be the spiritual leader of Al Qaeda-affiliated Jemaah Islamiah (JI). He was arrested in 2011 for his association with the country’s militant training camps in Aceh province. JI was believed to be responsible for Bali Bombings. Among many attacks that JI undertook, the most deadly of all was plotting and execution of 2002 bombings in Bali nightclubs, which claimed over 200 lives. Among the killed were several foreigners (Australians). Besides, the Islamist operatives also attacked the JW Marriott hotel in Jakarta, which killed 12 people in 2003. Though Bashir denied any involvement in the Bali bombings.

Last year, attempts were made by several rights groups for Bashir’s early release over health and humanitarian grounds. But the plan got canceled as the news led to huge backlash from people both in Indonesia  and in Australia. Besides, Bashir also refused to pledge allegiance towards Indonesia and renounce radicalism.

Security analyst Ridlwan Habib said that though Bashir’s position had lost significance over time but warned that extremists might try to associate their activities with him to gain credibility. He said, “Bashir is a senior figure in Indonesia’s jihadist movement, and it’s not impossible that his big name could be used.”