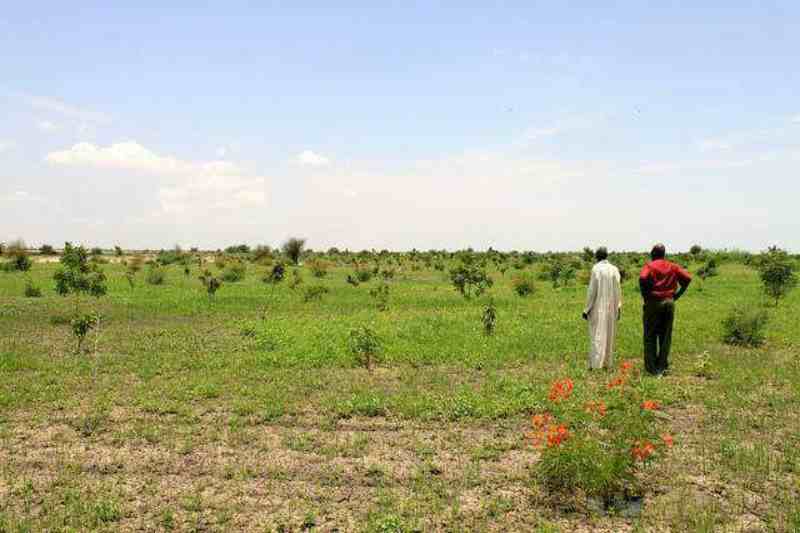 Africa desertification: In February 2021, there will be a summit of the European Union and African Union leaders. The talks will be an opportunity to draw up a concrete program and take a sustainable development path. Because we need to rebuild the world left in ruins by the coronavirus pandemic, avoiding repeating the mistakes of the past. Ibrahim Thiaw, the executive secretary of the UN Convention for the fight against desertification, announced, recalling how it is above all young people – first and foremost, Africans – who ask for and have the right to change. The meeting will be an opportunity to relaunch the construction of a great green wall in Africa.

The idea is a wall of trees and land dedicated to sustainable agriculture, reservoirs, and energy plants. It is 8,000 km long and 15 wides. The project aims to restore 100 million hectares of arid and degraded land by holding back the desert’s advance in the Sahel region. Two hundred and fifty million tons of carbon dioxide and create a new economy with 10 million jobs. These are the most important numbers of the Great Green Wall, the most innovative natural work that man has ever built. That should be ready in 2030, in an ideal connection that horizontally cuts the Africa continent.

From Senegal to Djibouti, three times the size of the coral reef. The idea of ​​creating a natural wall to stop the advance of the Sahara Desert to the south was launched by Richard St. Barbe Baker in 1952, returning from an expedition in the Sahara Desert.

The English biologist and botanist had caught some signs. He noted that the lands on the border desert in a few decades would be overwhelmed by its advance. The scientist proposed a project to reforest a green belt 50 km wide for the 8,000 of the natural length of the corridor. The Sahel desertification process became evident and upsetting in the 1970s when, following droughts, they rapidly dried up.

The countries affected by this crisis began to discuss that old project which anticipated the effects but also offered possible solutions to stop them. Only in 2002, however, the project of the great green wall was officially presented and discussed within the African Union, which adopted it.

After five years, in 2007, it started with its construction in the 11 participating countries to which, in recent years, another nine have been added. That partly modified the initial corridor with the addition of off-screen areas to counteract the desert from the north and, at the same time, participate in the promised green economy. Algeria, Burkina Faso, Benin, Cameroon, Chad, Cape Verde, Djibouti, Egypt, Ethiopia, Eritrea, Libya, Mali, Mauritania, Niger, Nigeria, Senegal, Somalia, Sudan, Gambia, and Tunisia are the countries part of the project.

However, 15 years after the first stone or better from the first tree planted, things are very late and proceed in patches, with enormous differences and different timings from country to country. From the UNCCD report (the United Nations Convention Against Desertification, last September only 4 million hectares (out of the 100 million expected) were completely recovered. Of these, more than half 2.3 million hectares) are in Ethiopia. Another 18 million hectares are in processing, although not all within the official corridor.

These works have allowed the creation of just 335,000 jobs, with 90 million dollars in revenues per year, compared to the 10 million expected when the work will be fully operational. Among the countries that have planted the most trees, Ethiopia with as many as 16.6 million plants. While in the rear, there is Chad, only 1.1 million plants.