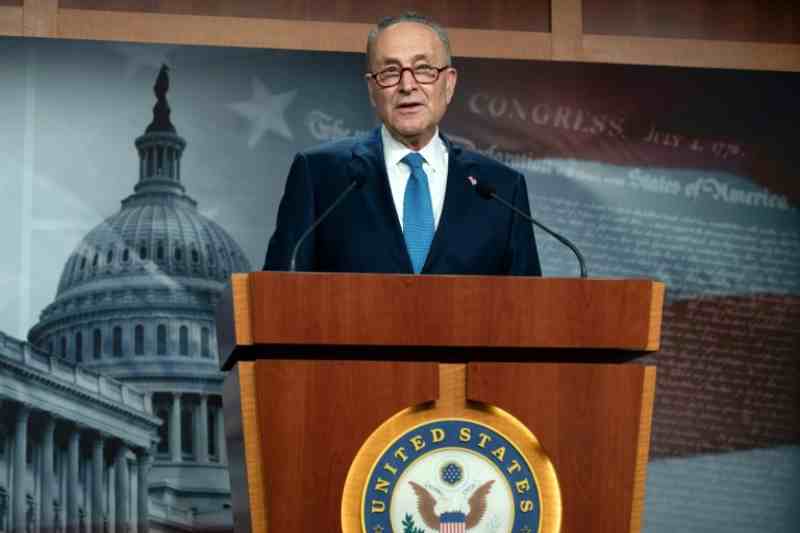 The United States Senate will begin the impeachment trial against former President Donald Trump the week of February, 8. Majority leader Chuck Schumer announced yesterday in the Senate chamber. The senator confirmed the timing of the Chamber proceeding, specifying that on Monday, Jan. 25, the Chamber will deliver the documents to the Senate. The day after, all the formal documents will be held, with the hearing starts.

The decision is the result of a compromise between Democrat Schumer and Republican leader Mitch McConnell, as they asked for a postponement of the trial in mid-February to allow Trump to prepare his defense. In the meantime, the Senate will be able to continue its hearings to confirm the ministers appointed by the new president Joe Biden and to discuss the new aid package for the coronavirus pandemic in the United States.

Trump and a Justice Department lawyer have come up with a plan to oust Jeffrey Rosen, acting attorney general after William Barr’s resignation, and use the ministry power to force Georgia lawmakers to overturn the election outcome. presidential elections in that state. That was revealed by the New York Times, citing four former administration executives who asked for anonymity.

The attorney in question, Jeffrey Clark, had let the president know that he shared his allegations of fraud and was ready to go along with Rosen’s denied requests for investigations. But department executives had unanimously threatened on a conference call that they would resign if Rosen was fired. Only this consequence, according to the NYT, would have kept Trump from the tear, calculating that the controversy over the mass resignation at the top of the ministry would have eclipsed attention to his baseless accusations of fraudulent elections.

For the Washington Post, which published excerpts of the call on its website, Trump used several methods to address Georgia Secretary of State Brad Ravensburger – a Republican like him – ranging from flattery and pleading, and between reproach and threat of unclear legal consequences if he refused. Throughout the call, Ravensburger and his chief legal counsel rejected Trump’s insistence on vote-counting fraud and clarified that he was relying on unfounded conspiracy theories and that President-elect Joe Biden’s victory in the status of 11,779 votes was fair and accurate.

In a one-day lightning process, the US House passed the impeachment motion against Donald Trump to incite insurgency for encouraging his fans to storm Congress and prevent Joe Biden’s victory certification. In addition to all the Democrats, 10 Republicans also voted in favor: the game now moves to the Senate.