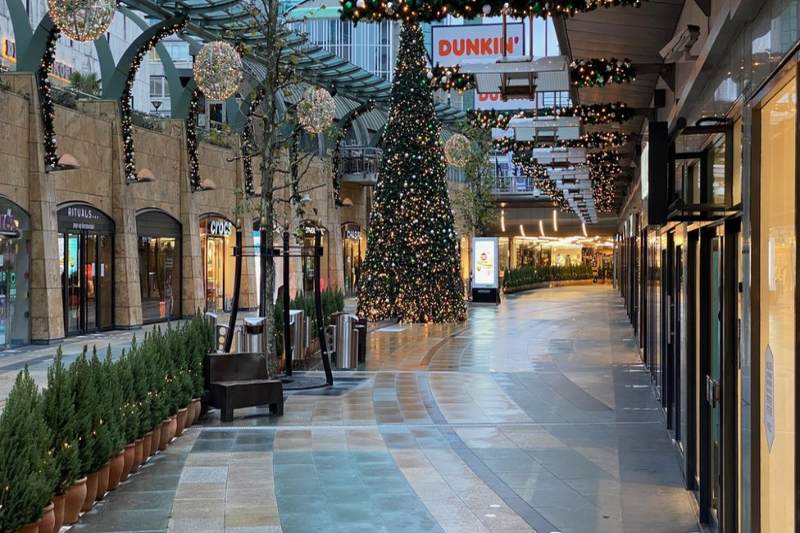 Covid in Europe: European countries are trying to prevent Christmas and the end of year holidays from turning into the antechamber of the third wave of Covid. For this reason, several nations, not yet out of the second wave, intend to tighten the measures planned for the holidays. In the wake of Germany, which to counter the virus has decided to adopt a total lockdown until January 10.

The Italian government will introduce new blocks for the holidays, despite a downward epidemic curve. The Italian Prime Minister Giuseppe Conte confirmed today a total lockdown with a ban on travel between municipalities from 24 to 26 December, as well as from December 30 to 3 January, with the possibility of extending the restrictions until seven if necessary. The decision depends on the progress of the infections. To avoid also travel except for motivated reasons.

On Wednesday, the restrictions announced last weekend by Chancellor Merkel come into force. In addition to bars, restaurants, gyms, cinemas, theatres, museums already closed since November 2nd, all non-essential shops will also close next week in Germany. Except for pharmacies, grocery stores, and banks. Schools will also be closed. Employers are recommended to put their employees into smart working or to stop their activities, an indication not given in the first wave of the pandemic.

Netherlands also closes during holidays. Yesterday Prime Minister Mark Rutte announced a hard lockdown for at least five weeks after noting that the softer measures did not stem the infections. Stop at schools, non-essential shops, museums, theatres, and hairdressers. Bars and restaurants, already closed from mid-October, will remain so. Contact professions, except medical ones, are suspended. The announcement, live on television, sparked some protests under the government building, drastic measures to counter the increase in infections around 10 thousand a day.

The easing of anti-Covid measures in London lasted less than two weeks. The British Minister of Health, Matt Hancock, announced that from yesterday the capital of the United Kingdom returned to semi-lockdown to cope with the increase in infections: London passes to level 3 of restrictions, the highest; it was already at level 2, which provides for a ban on meeting people outside their own family, if not outdoors.

The squeeze provides for a new closure of restaurants, pubs, theatres, and some shops. The crackdown, also extended from Wednesday to the neighboring county of Hertfordshire, will remain in effect until December 23, when all of Great Britain – including London – will be relieved of 5-day Christmas restrictions. Mayor Sadiq Khan called the decision “disappointing” and asked the government to implement compensation measures for all those sectors severely damaged by the new closures.

In France, the first free mass screenings started this week with the Minister of Health, Olivier Vèran, who presented the operation as a new attempt to control the infections given the reopening. In fact, from yesterday, the lockdown ended. The curfew from 20 to 6 will replace it. French can circulate without self-certification throughout the territory, even if the number of daily cases remains far from the authorities’ objective of 5,000 per day.

The mass testing program is sparking controversy in Austria. Started two weeks ago, only 20% of the population participated in the screening. A number very far from the 60% expected by Vienna government. The Social Democrats attack the executive accusing it of an amateur campaign. According to local media, a new round of testing will start on January 8. And the government could offer incentives to the population to take the test.

It will, therefore, be different holidays to close such a difficult year.  Concerns for the many lonely elderly people or to those who cannot reach their family for the Christmas dinner or the end of the year. Many workers will not be able to return to their cities due to the new closures. Perhaps the coronavirus will help many rediscover the true spirit of these holidays, alone.