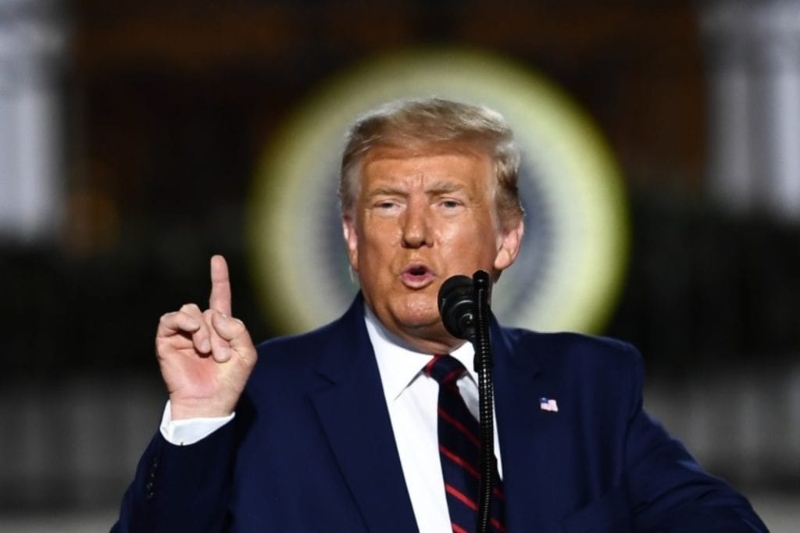 Trump acknowledges Biden’s win but refuses to concede: a coup attempt or a mere tantrum

Trump acknowledges Biden’s win: US democracy has been one roller-coaster since the November 3 election results came out and Joe Biden won by a clear majority. A good 306 votes out of required 270 is a win for Biden that no re-counting can flip. But President Donald Trump and his administration have been continuously alleging a rigged election and spewing on the democracy that United States of America is known for. The state has been pathetic and disgraceful, something unprecedented is happening – no contender has ever in US history opted for this stance and has humbly conceded the elections. But Trump is nowhere near it.

President Trump tweeted “He won..” but quickly turned on to his regular chime “…because the election was rigged.” An hour later he said he is not conceding to the election results.

The baseless claims have been fluttering in along with a series of lawsuits in all key states alleging election fraud, sans any evidence to back his fraud claims. The Election officials said on Friday that the election and vote counting was the “most secure in American history” and that “there was no evidence that any voting system deleted or lost votes, changed votes or was in any way compromised.”

President has refused to begin the presidential transition, refused to concede, and has filed baseless lawsuits. Furthermore, he has decapitated Pentagon and filled in the positions with his trusted fanatic loyalists. The most disturbing element being appointment of Anthony Tata as the Pentagon’s policy chief. He is the person who had called former President Barack Obama a “terrorist leader” and had tweeted a disturbing fantasy of executing John Brennan, former CIA Director.

With Joe Biden still President-elect and no initiation of power transition, the handling of Coronavirus pandemic still remains the No.1 concern as casualties are aggressively increasing with no respite in sight. President-elect Joe Biden has a pandemic task force ready to take the charge but in absence of Trump’s conceding and any transition, the future of America looks grim amid Covid-19.

But there is a hope in sight, a comfort that indicates, in sort, that Trump might be preparing for his life outside Washington DC. He is initiating fund-raising requests to “defend the elections”, but sources report that funding will actually be going to Save America, a PAC, that will essentially be used to “underwrite Mr. Trump’s post presidential activities”. Also, Axios has reported of Trump’s plans to launch a digital media company to stand against Fox News that is now considered disloyal in Trump camp.

Trump’s actions are a clear document of his willingness to wound and sabotage US democracy in order to boost his ego. Even when he does leave the White House, he is expected to remain a political king in Republican camp, with even a chance to be Republican presidential nominee for 2024 elections. If he does, no doubt he will be a tough competitor – no one can deny the charisma he holds over his supporters, he knows the trick to bind the crowd.

Weeks down to January until the final inauguration, road is going to be tough and likely thrown in with more hurdles by Trump and his administration. With many Republicans instigating his false claims the proceedings are expected to be dramatic. Trump has to eventually concede and leave the White House, but to what extent damage will be done is to be seen. Whether he will leave gracefully and as per the Constitution as his mandate ends on January 19, or has to be done under force will decide the face of American democracy for years to come.