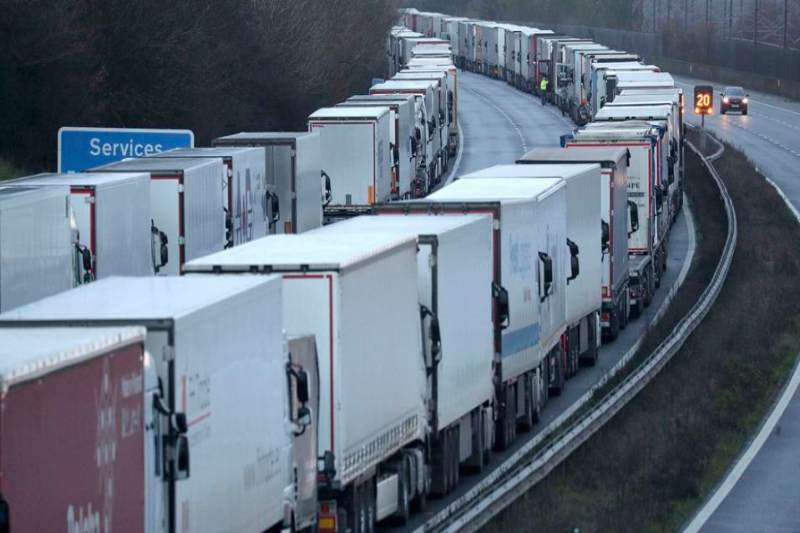 The Ban on Cargo: On Monday, British PM Boris Johnson conversed with French President Emmanuel Macron over the telephone about the closure of France’s borders to cargo from Britain. Johnson personally requested Macron to set aside his anxiety over the strain caused by the variant of the Covid-19 virus.

“I have recently spoken to President Macron and we both understand each other’s situations and we both desire to resolve these issues as quickly as possible,” Johnson stated in a press conference.

France is among the 40 nations that have suspended trains and flights from the UK, but on Thursday night, Paris went further by forcing a 48-hour ban on freight entering Britain. In a discussion with President Macron, Boris Johnson stressed the necessity to reopen the supply chains between them.

I need to emphasize that we in the UK completely comprehend the anxiety of our counterparts about the new Coronavirus mutation strain yet it is also true that we think the dangers of transmission by a single driver sitting alone in a lorry or taxi is exceptionally low.

Johnson also addressed other world leaders to reassure them of the UK’s quick response to detect the mutation of Covid-19.

After a discussion on the phone with the Johnson on Tuesday morning, there is hope that France will reopen borders to the UK but only to its own nationals, French occupants, and experts, for example, drivers would have to go through fresh PCR swab test, France’s public broadcaster reported.

Other non-French nationals with a permanent home in France will have the option to return, however, the border is set to stay shut to all non-French residents in the UK. According to The Guardian, the UK is expecting to counter the new variant of Covid by setting up new measures.

The UK home secretary, Priti Patel, stated on Tuesday that the administration was conversing with the French authorities about testing all drivers leaving Britain to permit cargo and travelers to visit once more.

She affirmed that more than 1,500 lorries were stranded in Kent on Tuesday morning. The queue formed as France imposed a ban on cargo to enter from Britain.

Patel told the BBC that the transport secretary is having discussions with France at this moment. The UK and French officials are working towards finding a solution to reopen borders.

It’s in the interest of both the nation, to ensure that we have a smooth course as many European haulers are waiting to return home.

Rod McKenzie, the managing director of the Road Haulage Association told BBC, there are serious concerns about the well-being of drivers that were stuck across the Channel. One trade organization stated that they were provided with one oat bar each during the 24 hours.

We need to look into the issue of fewer washroom facilities, health, and cleanliness concerns. In these difficult conditions of getting stuck at the border, we are not treating the lorry drivers well by feeding them one oats bar, McKenzie added. 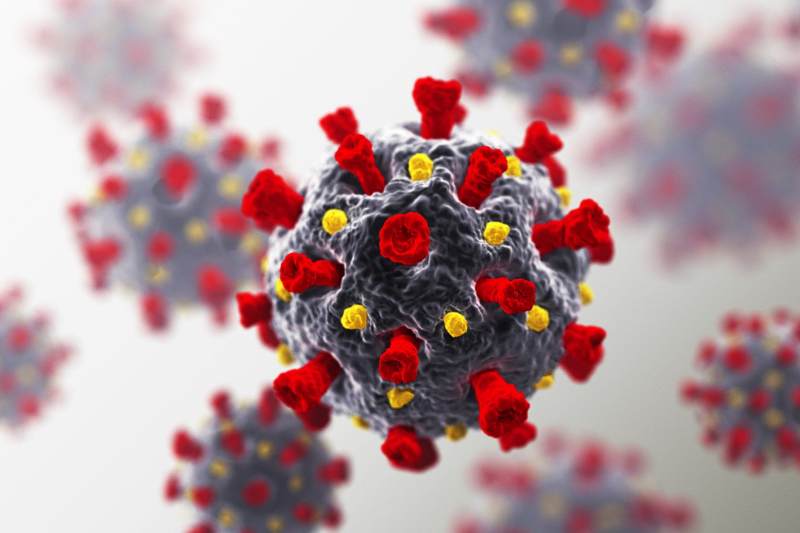 Virus Mutations Explained: What do we know about the UK coronavirus variant strain & what is still unknown

UK Coronavirus Variant Strain: Body of the Article Just as the countries were beginning the vaccination drive against Covid-19 giving a beaming hope, a coronavirus variant has emerged in the United Kingdom. The recent surge in cases in Britain indicates the high contagious nature of this new strain leading to cutting off of the country with various European nations and those across the world. The world is going back into panic mode and more stringent lockdowns as we enter the holiday season. But what actually is mutation and what does it mean? What are its whereabouts? Let us first understand the basics.

What do we know about the UK Coronavirus variant?

The coronavirus variant in UK is not a “new” in the sense that it did not emerge just last week. The variant cases have been known since September. The cause of concern is that this variant has increasingly become the dominant variant of cases, constituting over 60% of cases in the UK. The “variant” means that there has been change in the structure of the virus, which characteristically is a property of virus. This doesn’t necessarily mean that this variant of virus is the reason for its increased transmissibility. Furthermore, there is no evidence of this variant being more dangerous. However, the UK government’s New and Emerging Respiratory Virus Threats Advisory Group does state that there is indication that “this variant demonstrates a substantial increase in transmissibility compared to other variants.”

England’s Chief Medical Officer, Chris Whitty said that this variant “contains 23 different changes.” The fact that there is a mutation in the “spike protein” of the virus capsule – the part through which it penetrates the host cell – can be an explanation of the “supposed” increased transmissibility.

Mutation is any alteration in the genomic sequencing of genetic material. It is essential to understand that this variation in genetic sequencing is the reason of many syndromes like Down’s Syndrome.

When we talk about a virus, mutation comes as its characteristic property. Viruses constantly change their structure and its components. This is the very reason that a “Flu Shot” needs to be given every year. The ‘flu virus’ ‘mutates’ constantly and rapidly and then body’s immune system is not able to recognize this new virus. This means that last year’s antibodies might not be effective for this virus, hence need of a new flu vaccine every year.

The genetic material of virus is RNA (Ribonucleic Acid), which is single stranded. This means that it can mutate even more rapidly as opposed to a DNA (Deoxy-Ribonucleic Acid).

The coronavirus variant is being called VUI-202012/01, the first “Variant Under Investigation” in UK in December 2020. The mutation is in its spike protein, the part over its capsule through which it penetrates the host cell. This “might be” responsible for its increased transmissibility, but doesn’t necessarily mean that this variant will be more powerful. In fact, with increased contagious nature of virus there tends to be a decrease in its potency.

With this comes an important thing to understand – every mutation isn’t bad. So far, we don’t know the real behavior of this variant. For all, the said mutation can lead to a favorable change like reduced potency leading to drop in mortality rate. There is no urgency to panic but it’s essential to continue with regular protocols like mask wearing and physical distancing citing the high contagious nature of this variant.

Will the current vaccines against Covid-19 be effective on this variant?

With the current knowledge of the variant, available vaccines must work against it. It has been confirmed by Whitty and US Operation Warp Speed head. The vaccines have been developed keeping in mind multiple parts of the virus and a single spike protein mutation must not impact the efficacy of vaccines.

US’s top infectious disease expert, Dr. Anthony Fauci has advised travel restrictions to the UK. He stressed that US must “keep an eye on it. But we don’t want to overreact.”