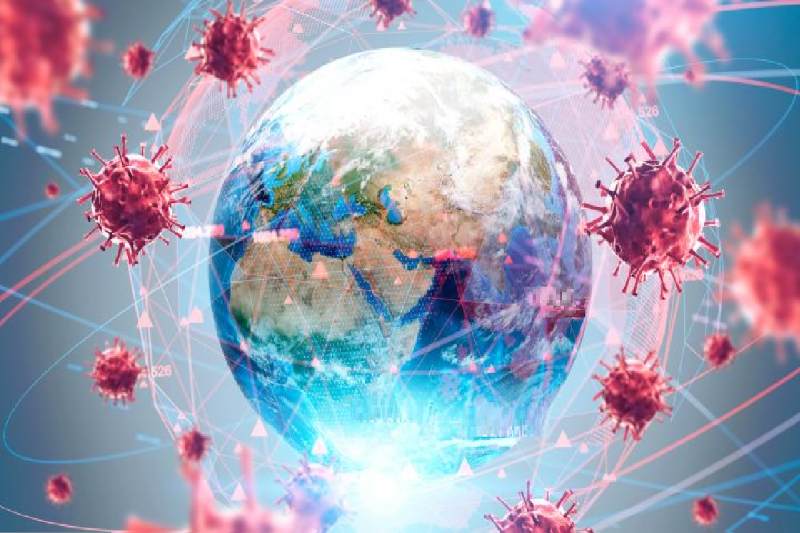 How and why Covid-19 will affect geopolitics

Covid-19 will affect geopolitics: Covid-19 had an immediate and massive impact. But how will it affect the geopolitics in the long run? Some answers we can find in Martin Wolf’s analysis for the Financial Times on the consequences of the new coronavirus.

What do we already know after ten months of pandemic? We get that the world was ill-equipped to deal with the health emergency. It has caused an estimated 1.1 million deaths worldwide, mostly among the elderly. Furthermore, some countries have suppressed the disease much more successfully than others. We also know that Covid-19 has caused a huge global recession, but that it has been not the same in all countries. That has delivered particularly severe economic damage on young people, relatively low-skilled women, working mothers and weak minorities.

We know that the “social distancing”, partly spontaneous and partly forced, has destroyed all activities that depend on human proximity, to the benefit of those that help people stay at home. That has reduced voyage. We know that a large number of businesses will come out heavily overburdened with debt and that many of them will fail to rise at all. The intervention of the fiscal and monetary authorities was unprecedented in peacetime, especially in countries with internationally accepted currencies. We know, last but not least, that the “blame game” on the pandemic has destabilized relations between the United States and China. Furthermore, the pandemic has already challenged globalization, especially of supply chains.

Covid-19 is a profound shock. It follows the huge upheaval of the global financial crisis of just 12 years ago. It will certainly have major long-term consequences for businesses, the economy, domestic politics, and international relations. Much will change but much remains uncertain.

What are the long-term possibilities? Here are 10 aspects.

First, the future of the pandemic. A vaccine may be available very soon and be made available worldwide not much later. But this combination seems unlikely. If so, the disease will remain a threat for a long time.

Secondly, the permanence of economic losses. These depend in part on how soon the disease will be under control, but also on how deep the scars will be, in particular the impact of unemployment, bad debts, increasing poverty, interruption of education and so on. The world economy and most individual economies will likely be permanently smaller and their peoples will also be poorer than they otherwise would have been.

Third, the structure of economies. Will they go back to being what they were before Covid-19 or will we permanently stop traveling and commuting to offices? The likelihood is that they are both. Travel will resume. Just as commuting will resume. But they may not return to the pre-Covid status quo. We have jumped into a new world of virtual engagement that we will not leave. This will change some life and work patterns.

Fourth, the enhanced role of technology. That will not change. At the same time, the centrality of the tech giants has increased attention to their enormous influence. Pressures are likely to increase to regulate monopolies and increase competition, especially in the technology sector.

Fifth, the expanded capacity of the government. Major crises tend to cause a change of pace in the role of government. Particularly significant is the pressure to “rebuild better.” So, are governments likely to be more and more interventionist than before the pandemic?

Sixth, the nature of the interventions: Central banks are committed to “long-term lows” in interest rates. The provision of real and nominal interest rates remain low. Governments will be able to manage their debts and help manage the restructuring of debts owed by others. At some point, local authorities will have to reduce fiscal deficits. Given the pressure to spend, this will likely result in higher taxes, especially for the wealthy “winners”.

Seventh, effect on domestic politics. Some countries have given effective responses to the crisis, others have not. The fact that a country is democratic or not has not made this difference. Part of what it does is whether the government cares about its effectiveness. Populist demagogues, such as Jair Bolsonaro, Boris Johnson, and Donald Trump, have misbehaved. This can force a change against their policy.

Eighth, the impact on international relations. This is a truly global crisis and one that can only be effectively managed with global cooperation. Yet the tendencies towards unilateralism and international conflict have been reinforced by the pandemic. There is a good chance the situation will get worse now, especially between the US and China.

Ninth, future of globalization. The globalization of goods had already slowed down after the financial crisis of 2008. It is likely to slow further after Covid. The multilateral system is likely to be further eroded, particularly the World Trade Organization and trade disputes between the West and China will not be resolved. At the same time, virtual globalization is likely to accelerate.

Finally, the management of global commons. On this, Covid-19 is a double-edged sword. On the one hand, there is an increased desire to do things better, not only nationally, but also globally, particularly with regard to the climate. The other is the reduced legitimacy of international agreements, especially in the United States, which withdrew from the Paris climate agreement and the World Health Organization.