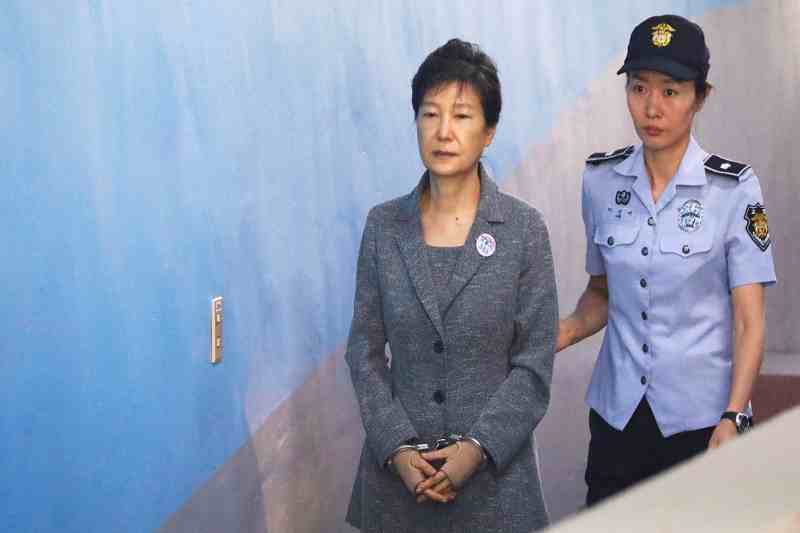 South Korea’s Ex-President: On Thursday, the apex court of South Korea reasserted the verdict with regard to 20-years imprisonment of former President Park Geun-hye. South Korea’s  ex-President was arrested in 2017 due to her involvement in multiple crimes ranging from abuse of power, embezzlement of funds to bribery. Besides the sentence, she was fined with 18 billion won ($16.4 million) and was asked to forfeit another 3.5 billion won.

The 68-year-old, faced impeachment in 2016 and was officially thrown out of the power in in March 2017. She was taken into custody towards the end of that month and has since been kept behind bars. Park was excommunicated from the presidential office before the completion of her five-year term. She still had one year left when she was booted out.

The immediate cause of her exit was violation of the country’s election law, as she interfered in a party nominee selection ahead of the 2016 general election. Besides, in her subsequent trials, she was also charged for taking bribes from big conglomerates such as Samsung and Lotte Group and was accused of conspiring with her longtime friend Choi Soon Sil.

Park called herself a victim of political retribution and stopped attending court sessions since initial phase of her trials. She did not even appeal against the verdict of the Seoul High Court, which awarded her 20-year sentence in July 2020. The final sentence 20-years of imprisonment was 10 years less than what was originally proposed. According to the earlier verdict, Park was to serve 30-years in jail, including 25 years for bribery involving transactions from big corporate houses, and five years for misappropriation of funds related to South Korea’s National Intelligence Service.

But in October 2019, country’s Supreme Court ordered the Seoul High Court to treat her bribery case separately from other charges. The apex court eventually repealed the verdict sending it back to a lower court for a retrial. It resulted in the Seoul High Court giving ruling of 20-years of imprisonment in July.