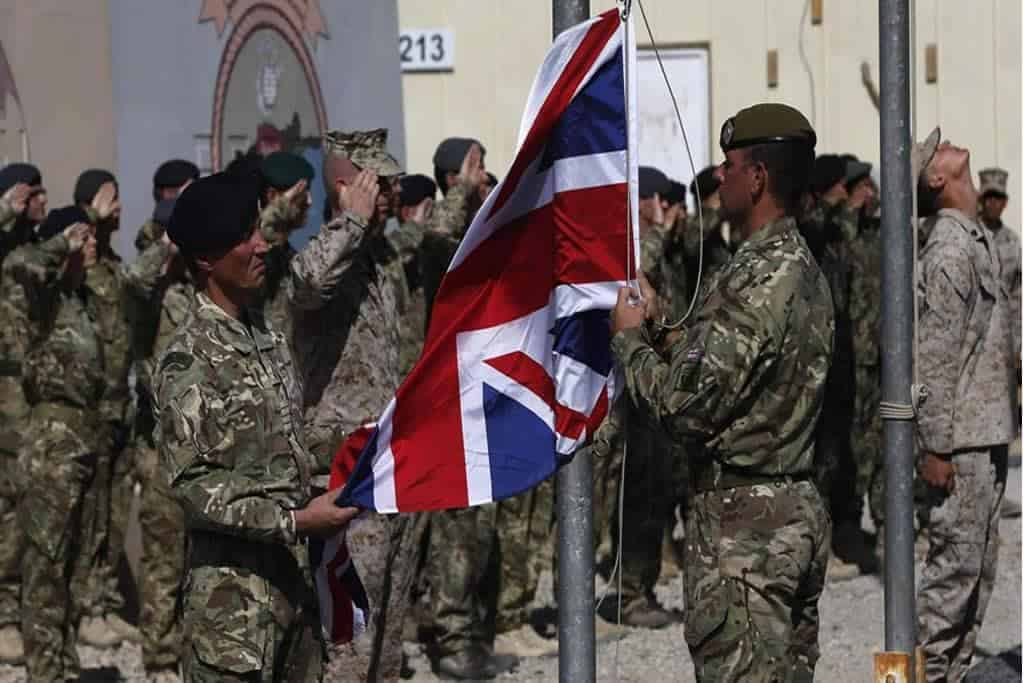 British Ministry of Defence orders 20,000 troops to stand ready to take part in most serious health crisis in decades.
British army troops were deployed Tuesday to help health officials fight the coronavirus outbreak as the country begins a national lockdown which was announced last night.

“As of 23 March, there are 250 personnel deployed to assist civil authorities with the response,” British Ministry of Defence (MoD) said in a statement, a day before the soldiers started to be seen across the country assisting the National Health Services.

“They are part of 20,000 armed forces personnel currently stood at readiness to take part,” it said, signaling the British public may start seeing more soldiers on streets.

The MoD also said Monday forces from Joint Helicopter Command were on standby to provide aviation capability in support to civil authorities as part of the military response to the COVID-19 crisis.

“The men and women of our armed forces stand ready to protect Britain and her citizens from all threats, including COVID-19,” Defence Secretary Ben Wallace said.

He added: “The unique flexibility and dedication of the services means that we are able to provide assistance across the whole of society in this time of need.”

Boris Johnson in a televised speech Monday night declared the fight against the strain as “national emergency”, telling the public that they “must” stay at home to curb the further spread of the virus.

According to the official figures from the health officials, 335 people have lost their lives after contracting the coronavirus. There are 6,650 detected infections across the country so far.

Introducing the new measures last night, Johnson said they would be enforced by the police.
On Tuesday Wallace said: “From me downwards the entirety of the Ministry of Defence and the armed forces are dedicated to getting the nation through this global pandemic.

“This will enable access to isolated communities that may not be able to obtain urgent medical care during the coronavirus crisis,” he said.

According to the new measures, more than two people can not meet in the public, they are only allowed to shop for essentials such as food and medicine, and all non-essential shops will close.

British government is under harsh criticism as many people think the earlier coronavirus strategy, which included a tactic of herd immunity, were wrong.

The herd immunity aims to spread a disease in the public and increase the immunity to the strain when most people recovered from it.

He urged employers to enable their staff to work from home “unless it’s absolutely necessary.”
“Ignoring these rules means more lives lost,” he said.

The coronavirus, officially known as COVID-19, first emerged in Wuhan, China last December and has spread to at least 168 countries and territories.

There are over 383,900 confirmed cases worldwide, with a death toll surpassing 16,500, while more than 101,900 have recovered, according to real-time data compiled by U.S.-based Johns Hopkins University.