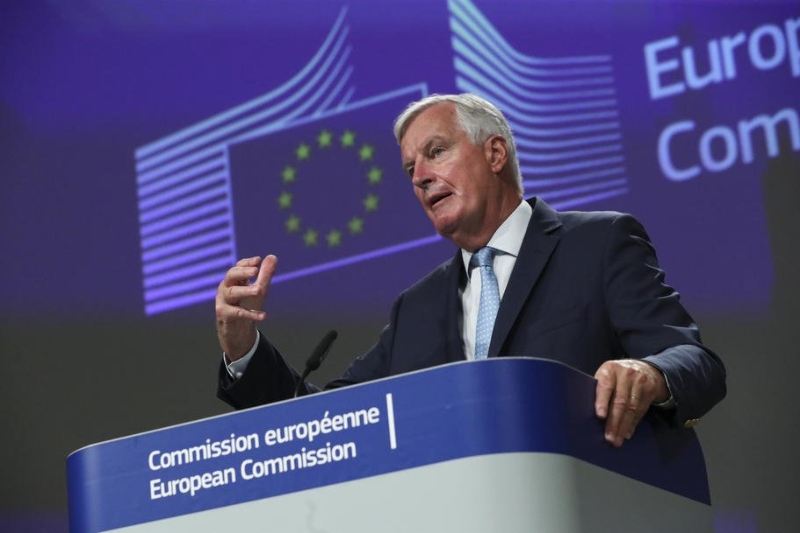 Brexit deal on verge of being finalised as deadline nears

EU and UK negotiators have indicated that a trade and security agreement is close to being finalised after marathon talks over a Brexit deal. As per media reports, both sides have managed to reach a breakthrough by finalising as much as 95 percent of the EU-UK free trade deal. After the Coronavirus pandemic

However, the risk of a no-deal Brexit is still looming upon the two sides as negotiations on some key issues are not showing necessary progress. Amid the prevailing Coronavirus scare, much of the negotiations are being conducted virtually.

Reportedly, Ilze Juhansone, senior-most official of the European Commission, has told Brussels representatives that talks on the majority of the 11 key negotiation issues are progressing with few points remaining for discussion.

Addressing a news briefing on Friday, European Commission President Ursula von der Leyen hailed the progress made during this week’s talks even after the Coronavirus pandemic halted the process. She further added that there are still some metres to the finish line since a lot of work is still left to do in the deal.

“Within the frame of the level playing field, progress, for example, has been made on the question of state aid, but there are still quite some metres to the finish line so there’s still a lot of work to do,” she said.

As per a Daily Express report, some progress has also been made on the contentious issue of EU’s access to UK fishing waters and a mechanism to prevent distortion of trading through undercutting standards. However, Downing Street is standing its ground, insisting Brussels to change its stance in the debate over fishing rights and state aid in a bid to deal the deal. At the same time, Brussels has also informed that the progress is going slowly to reach a deal before the year end when the transition period will come to an end. It will also slow down the ratification process of a potential agreement and can lead to extending the negotiations to December.

It is also likely that all member states not be able scrutinise the 600-page document or even translate the treaty into all 24 official languages of the bloc. France has called for a discussion on legal aspects of the deal to approve the document.

Due to these concerns, EU officials are reportedly working on emergency steps to approve a Brexit trade deal that will be acceptable to both sides. Meanwhile, chief negotiators Michel Barnier and Lord Frost are expected to carry on with the negotiations in the coming days in a bid to draw a conclusive agreement.