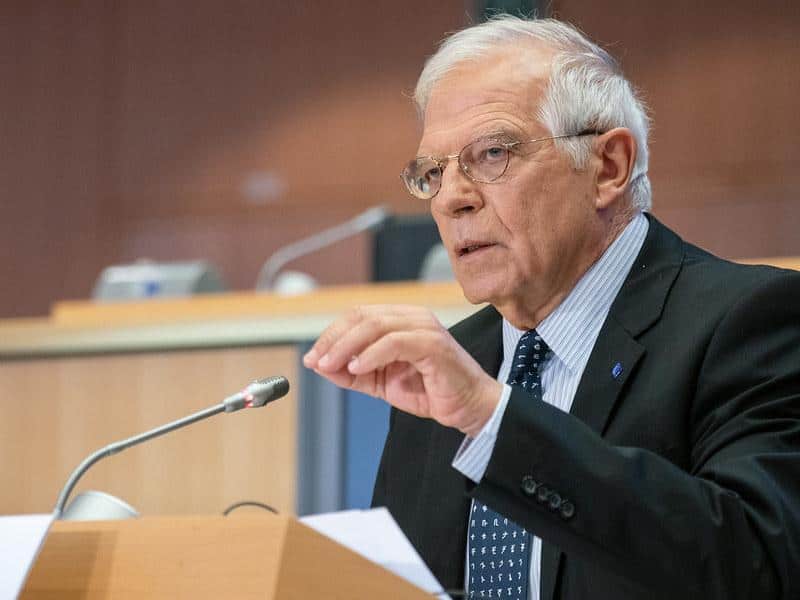 EU Top Diplomat To Discuss Way Out With Iran

Top EU diplomat Josep Borrell has plans to visit Iran according to confirmed news from Tehran and Brussels. This will be his first visit since taking office where he aims to reduce rising tensions over the Islamic republic’s nuclear programme.

On his two day trip, Borrell will be meeting up with all top level Iranian officials. This includes President Hassan Rouhani, Foreign Minister Javad Zarif and parliamentary speaker Ali Larijani. Borrell intends to de-escalate the tension that has been mounting between the US and Iran, after the US retracted itself from the 2015 Nuclear Deal. His visit also aims to come out with a viable political solution.

Washington took to imposing sanctions over Tehran something that has crippled the latter’s economy.  It has been the EU sentiment that Borrell’s visit will convey, of that of ‘preservation’ of the nuclear deal  known as the Joint Comprehensive Plan of Action, and to discuss cooperation between the EU and Iran.

The nuclear deal was landmark movement by then president of US, Barack Obama, under which Iran had received partial reprieve from crippling international sanctions. In return, Tehran had agreed to drastically reduce its nuclear activities and to submit to a tailor-made inspection regime by the International Atomic Energy Agency (IAEA). Donald Trump has undone everything good that had been done by his predecessor, pushing Iran to move to take drastic measures in order to retaliate to the mounting economical pressure brought forth by the US. All participating nations in the 2015 Nuclear deal are against any kind of violent outcome. This includes France, Germany, Britain, China, and Russia as well, though Moscow is known to dance to its own tune. Watch more news about Middle East Latest news, Latest news on africa .

It’s official: Britain is no longer part of the European Union
Terroristic attack in London